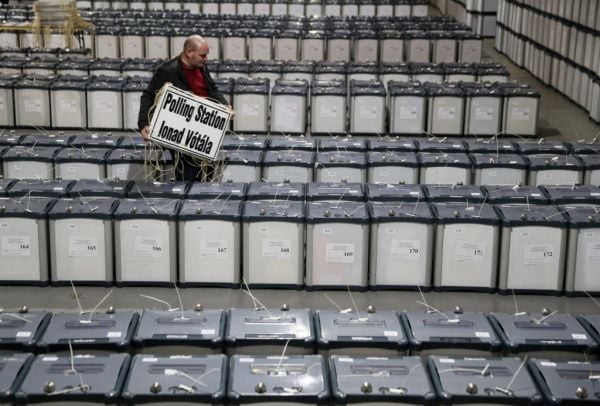 Political party volunteers posing as members of independent polling companies will not instil public confidence in the industry, according to the head of one of Ireland’s leading polling firms.

Richard Colwell, the founder and chief executive of Red C Research, said higher refusal rates could be the result of the practice that at least four of Ireland’s major political parties have admitted to.

It recently emerged that members of Fine Gael, Fianna Fáil, the Green Party and Sinn Féin previously polled the public during elections, while hiding the fact they worked for a political party.

“I’m sure no one working in any industry wants someone to pretend that they’re doing a job when they’re not trained to do it, so it doesn’t do us any favours,” Mr Colwell said.

“Mainly because what we’re likely to see is higher refusal rates or people not being prepared to take part in research because they’re unsure of who’s doing it.”

With refusal rates already up for polls conducted by phone as many decline to answer an unknown number, Mr Colwell said face-to-face polling currently sees about one in three answer a knock on their door from a pollster.

Red C Research has previously conducted professional political polling for all of the parties involved, aside from Sinn Féin.

Mr Colwell said the separate polling carried out by political party members likely resulted in less accurate results — and thousands of euros saved for the groups.

“The reality is that getting professional interviewers to go into a constituency and conduct 500 interviews costs money,” he said.

“What the political parties [have been doing] is effectively sending the party faithful out for nothing, to go and do the same job.

“Clearly on that basis, it’s significantly cheaper… even though it might not be as accurate or as well done as it is to use a professional polling company.”

Mr Colwell said a professional company conducting a poll in an individual constituency could “easily” cost €10,000.

While more cost-effective online polling can be used by market research companies in their work for businesses or even for national political polling, Mr Colwell said the approach does not work for individual constituencies.

“You couldn’t use that for constituency polling because you just wouldn’t have enough people in every constituency [signed up online] to run a good enough sample,” he said.

All professional polling companies are accredited by the Association of Irish Market Research Organisations (AIMRO) or the European Society for Opinion and Marketing Research (ESOMAR) and have signed up to their codes of conduct, he said.

“There’s three principles… at the heart of the codes we sign up to, which is that we’re transparent about the information we collect, the purposes collected, who will be shared it and so on,” he said.

“Also that we behave ethically and clearly, and don’t do anything to damage the data, subject or the reputation of market research — so clearly all three have potentially been not done by the political parties, so that’s not very helpful.”

Mr Colwell said any member of the public being polled should ask to see their interviewer’s ID and ensure they are with an accredited company.

“The person interviewing you should be able to provide you with contact information for you to ring and reassure, and in the work we do, we do actually quite regularly get people just ringing us up to check that someone who’s contacted them is legitimate,” he added.

In a statement on Thursday on behalf of AIMRO members, who include Ipsos MRBI, Behaviour & Attitudes and Red C, the organisation said their polling was conducted to the highest standards and in line with ESOMAR ethical and technical guidelines.

“The latter is crucial to ensure the reputation of the industry and the trust and goodwill of the public who wish their opinions to be heard.”

It comes after the Taoiseach, Fianna Fáil leader Micheál Martin, said the practice of political party volunteers posing as pollsters should not have happened.

Witnesses of ‘vicious’ assault in Limerick urged to contact Gardaí