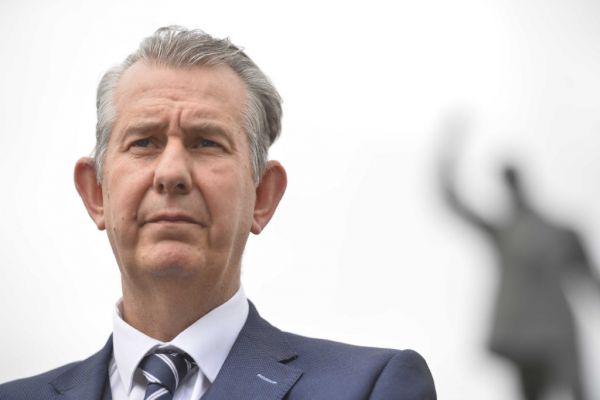 Sinn Féin refusing to nominate a deputy first minister next week in Northern Ireland would be a “hugely explosive thing to do”, the DUP leader has said.

Edwin Poots is set to nominate Paul Givan to become the next first minister of the region next week.

When outgoing First Minister Arlene Foster formally resigns, deputy First Minister Michelle O’Neill is automatically removed from her post as well – as the joint office can only function if both positions are filled.

Both parties will then need to renominate their respective first and deputy first ministers within seven days.

If one of the parties declines to renominate, or if either nomination fails to gain sufficient Assembly support, then a functioning Executive could not be formed and a snap election would become likely.

While the party has not definitively stated so in public, there has been speculation that Sinn Féin is seeking firm guarantees from Mr Poots on issues such as Irish language as a prerequisite for its engagement in the nomination process.

Speaking to reporters in Belfast, Mr Poots said he had had a good meeting with Sinn Féin president Mary-Lou McDonald on Wednesday.

“The dynamics of the meeting were good, we had a wide-ranging discussion across quite a lot of issues, it was business-like and I was very happy with the meeting,” he said.

Mr Poots said he does not see any reason why the nomination of ministers should not go smoothly.

“I have committed to doing it, obviously we have had a situation which has delayed a lot of progress in this mandate on New Decade New Approach, so let us get it out and look at all of it and how we can deliver all of it as quickly as possible.”

Mr Poots said, for him, the health service waiting lists are the most important issue for politicians today, and he warned that refusing to nominate ministers would be “harmful to all of the people of Northern Ireland”.

“We have Covid recovery and this morning we were told the Delta variant is spreading, and we need to be ensuring that we get on top of that, not nominating anyone would be a hugely explosive thing to do, it would be a wrong thing to do and it would be harmful to all of the people of Northern Ireland whether unionist or nationalist,” he said.

Earlier Mrs Foster said she felt sad at how she had been taken out of office.

Referring to the announcement of new ministers which saw Economy Minister Diane Dodds, Education Minister Peter Weir and Junior Minister Gordon Lyons removed, Mrs Foster said it did not show signs of healing, but that she was “not entirely surprised”.

She expects to make a personal statement in the Stormont Assembly on Monday.

Mr Poots and Mrs Foster are both set to attend a British Irish Council meeting on Co Fermanagh on Friday.

Mr Poots said he is happy to meet with Mrs Foster at any time.

I am happy to meet Arlene any time

The pair are not believed to have met since she was ousted from the leadership of the party last month.

“I am happy to meet Arlene any time and if Arlene wants to meet me, I’ll be very happy to have those conversations with her,” he said.

“I wish her well, I wish her family well, and I want us all to move on and move forwards, and keeping that relationship open is something I would desire.”

It was put to Mr Poots that he stayed silent at the end of the meeting as other ministers wished her and the other departing DUP ministers Diane Dodds, Peter Weir and Gordon Lyons well.

He responded: “I will be making my position clear on Monday on that, there’s the opportunity for a statement to be made in the House and I would [be] hoping to [be] participating there.”