A British actress with Irish roots has lent her support to the campaign for 100% redress for owners of pyrite and mica-contaminated homes in Mayo and Donegal.

Multi-award winning actress, Anna Friel, whose TV and film credits include the hit UK soap opera “Brookside”, the US comedy TV series, “Pushing Daisies” and the movie, “The Land Girls”, Tweeted her support for the 100% redress for pyrite and mica victims campaign. 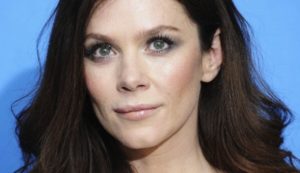 Her father was raised in Donegal where huge numbers of properties have been impacted by mica contamination.

The social media post will no doubt be welcome exposure for the redress campaign which is being coordinated in Mayo by the North Mayo Pyrite Group and will involve the staging of a national demonstration in Dublin on Tuesday next, June 15.

Ms Friel’s Tweet has, to date, been retweeted (shared) almost 600 times and has been liked by 4,355 Twitter users all over the world.

The North Mayo Pyrite Group is urging everyone that has been personally impacted by pyrite or mica contamination, suspects that they may be or knows someone who has been to please march with them in solidarity from Dublin’s Convention Centre next Tuesday, June 15 from 1pm.

A number of free buses are available to assist in transporting people to the capital.