A unique fundraiser got underway in Mayo at the weekend that will see one man attempt to complete a challenge that has possibly never been done before.

Kieran O’Hora from Castleconnor in west Sligo set off on his “On The Water’s Edge” odyssey on Saturday morning last, June 5. 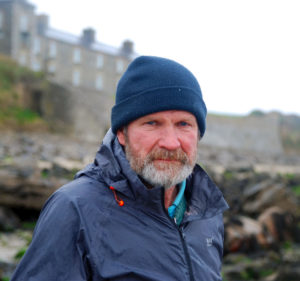 Kieran O’Hora (pictured) is undertaking the epic On the Water’s Edge of Mayo fundraiser for three charities in memory of his late son, Jack.

He is aiming to walk the entire coastline of Mayo (1,168km) in two months.

Kieran is undertaking the challenge in memory of his beloved son Jack O’Hora, who died at just 21 years of age in a tragic road traffic accident in Ballina in November, 2018.

Kieran’s route will take him over some rarely explored, rugged and dangerous coastal terrain on what will undoubtedly prove a battle of physical and mental wellbeing as he will be mostly walking alone over the two months.

In doing so he hopes to raise vitally-needed funds for his chosen charities; Cancer Care West, Mayo Roscommon Hospice and the development of the Ballina Sensory Park.

Speaking to the Western People before his departure, Kieran said the idea for the fundraiser was born out of his struggles to deal with grief.

Likening the tragic loss of Jack to a bomb that blew the family all over the place, Kieran explained that it occurred just over three months after the sad death of his beloved mother and was followed just a few months later by the heart-breaking loss of his nephew, Jarlath O’Hora in the UK.

“People ask me how do I deal with grief and I say by having a focus,” Kieran remarked, explaining that the On The Waters’ Edge Challenge has been a welcome focus for him in recent months and will continue to be once he gets out on the coastline on his own. 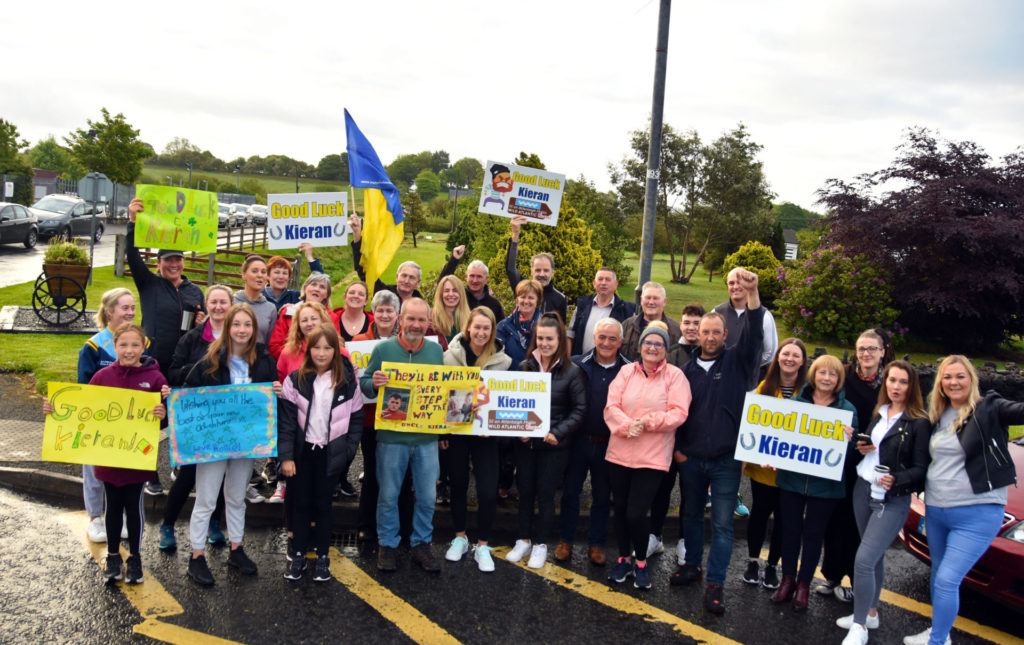 Kieran got a surprise send off from friends and family in Ballina before departing for his On the Water’s Edge of Mayo fundraising walk last Saturday morning. Picture: John O’Grady. 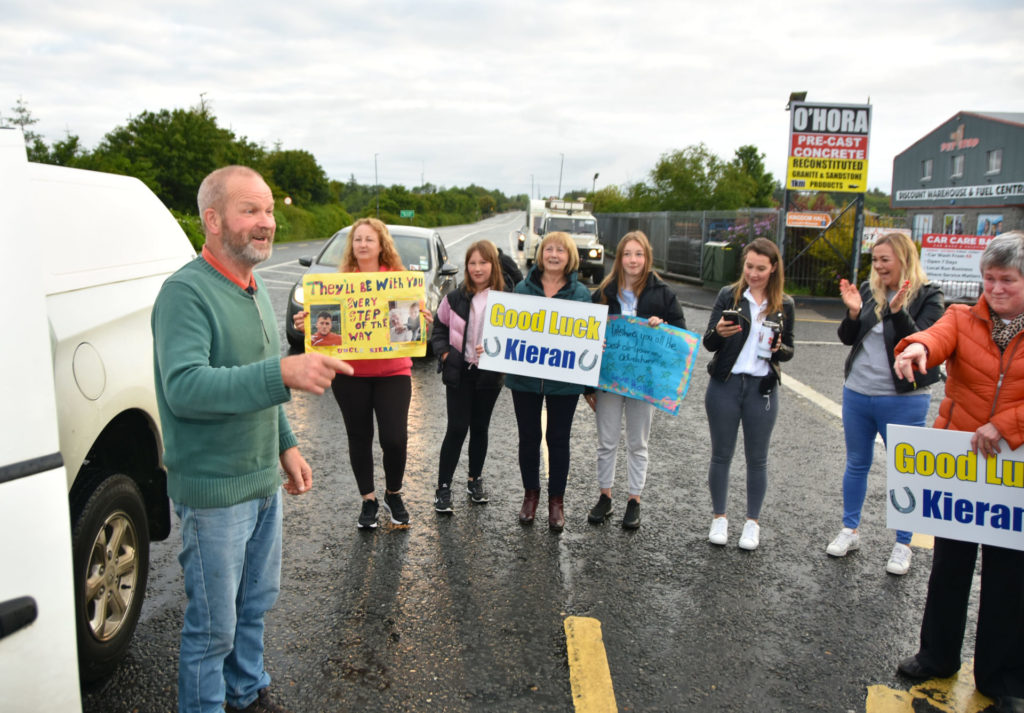 Kieran was inspired to take on the challenge having witnessed the kindness of others during his own bereavement and to help him cope with his grief. Picture: John O’Grady.

Kieran actually contemplated walking all of Ireland’s coast but with complications like the Covid-19 pandemic and his relative inexperience as a walker, he resolved to confine the challenge to the Mayo coast – the longest of any Irish county – and that it should be local charities that benefit.

Having witnessed the incredible kindness of people during his own bereavement, Kieran was motivated to do something that would help others and selected his chosen local charities because of the positive impact they have in people’s lives.

Kieran has been inspired by his experiences of training on the Mayo coastline to date:

“To think of what we have on our own doorstep and very few of us know about it,” he remarked, adding that inclement weather and stormy seas only add to the wonder and excitement of the experience.

He acknowledges that he is already wondering what he will do when the challenge concludes next August:

“I will probably have to keep walking,” he mused, adding that there are several other county coastlines that he would like to support:

“I’ll probably have a few jobs to do at home first,” he quips, referencing his 8 week absence.

The adventure commenced at Ashley Falls in Leenane on Saturday morning last and shortly afterwards Kieran faced one of the biggest challenges of the entire route – Mweelrea Mountain.

He will progress northwards in the coming days and weeks, taking in the Achill coastline along the way and concluding near his homeplace on Enniscrone beach in Co Sligo around the August bank holiday weekend:

Kieran is hoping that the people of Mayo and Sligo will give generously to his fundraiser. You can follow his adventure on Facebook.