No tickets on general sale for Ennis clash

There will be no tickets put up for general sale for this Sunday’s Allianz National Football League Division 2 semi-final between Clare and Mayo at Cusack Park in Ennis. 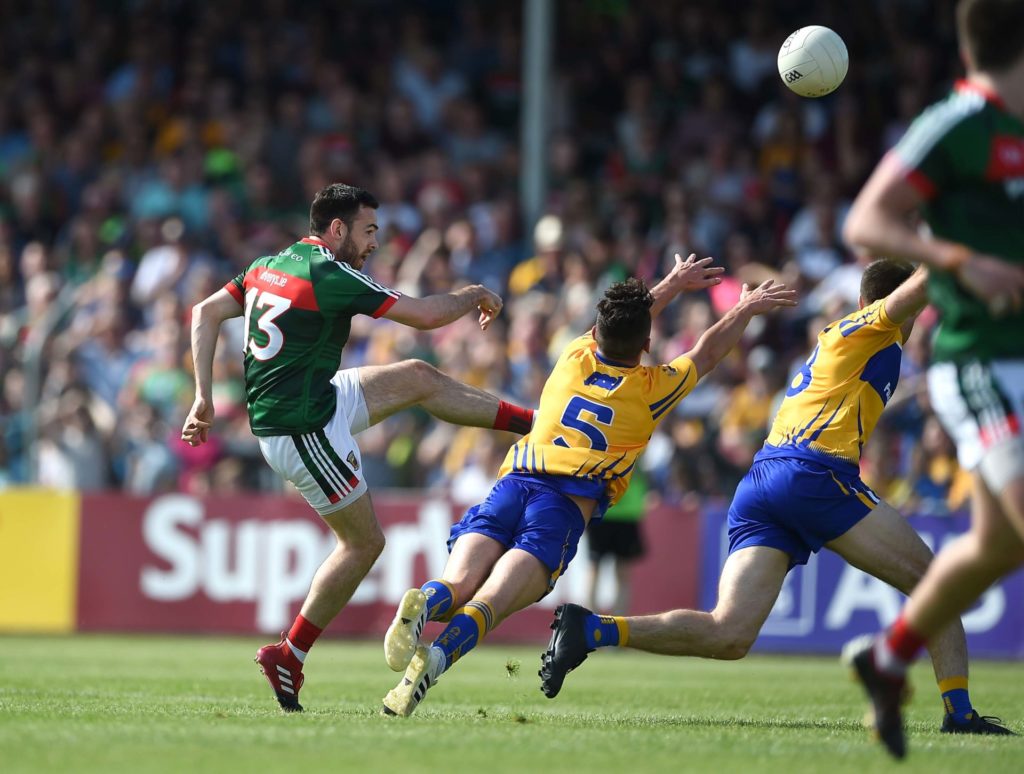 Kevin McLoughlin and his Mayo teammates will return to Cusack Park with 100 of their own supporters for Sunday’s promotion showdown with Clare.

The easing of Covid restrictions on attendances at sporting events, which came into effect yesterday (Monday), allows for up to 100 spectators to attend matches at venues with capacities below 5,000, and up to 200 spectators at venues with capacities above 5,000.
Cusack Park falls into the latter category, meaning 200 people will be able to attend Sunday’s match, the winner of which will gain promotion to Division 1 of the league for 2022.
It will be the first Mayo match at which any spectators will be allowed since last March, with all of Mayo’s games in the latter half of 2020, as well as the opening rounds of this year’s league, having been played behind closed doors.
The 200 available tickets have been split evenly between the counties. Of Mayo’s allocation of 100 tickets, 50 have been complimentary tickets given to the players, the backroom team, and County Board officers.
The remaining 50 have been offered at the cost of €20 per ticket to players’ family members and that allocation has been taken up in full.
It means that Mayo supporters, even those with Cáirde Maigheo tickets, will have to wait a while longer before they get the chance to see the team perform in person again.
The game, which throws in at 1.45pm on Sunday, will be broadcast live on TG4.