The most successful coach in the history of American college athletics, Mayo born John McDonnell has passed away in Fayetteville, Arkansas. He was 82. The news was announced yesterday (Tuesday) by his family who in a statement said he “passed away so peacefully, enveloped in the love of his family and friends”. 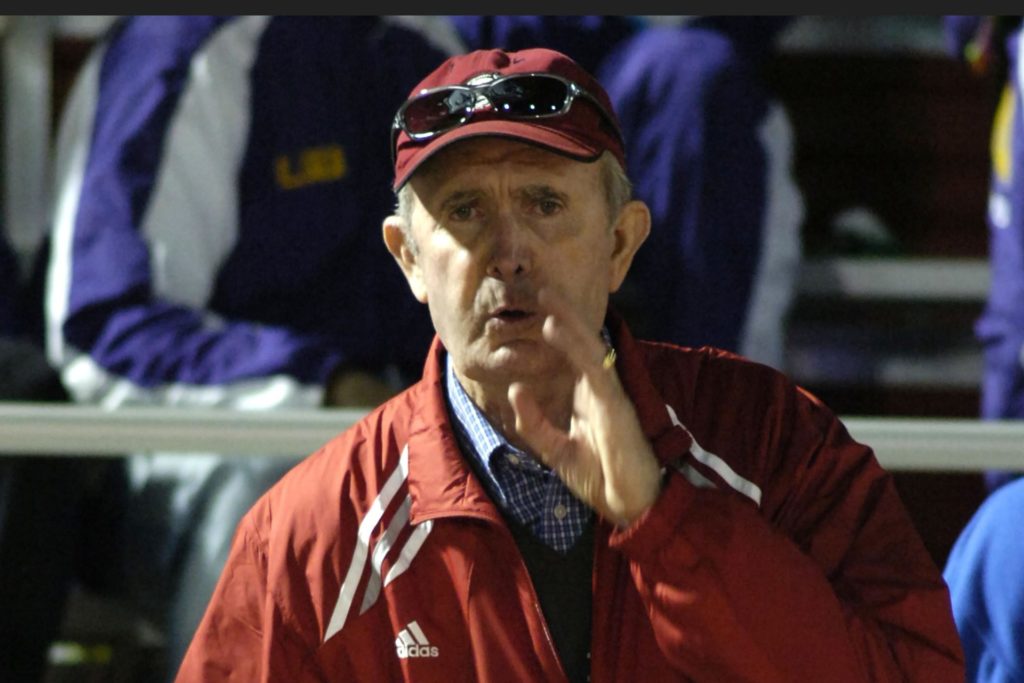 A native of Ardagh, where he was born on July 2, 1938, John McDonnell went on to be named as the USA’s National Coach of the Year on no fewer than 30 occasions having masterminded the successes of 23 Olympians over the course of six different Olympic Games, including gold, silver and bronze medal winners.

After growing up in Co Mayo, McDonnell spent his entire adult life in the USA having first earned an athletics scholarship at the University of Southwestern Louisiana (now the University of Louisiana at Lafayette) from where he graduated in 1969 – the same year in which he was granted US citizenship.

A brilliant runner in his own right, he had become a six-time All-American in cross country and track and field – a fact that perhaps was sometimes overlooked given the incredible heights he was to scale during a quite extraordinary career as a coach.

Cutting his teeth at New Providence, New Jersey and Lafayette, Louisiana, he eventually took on the role of cross country coach to the Razorbacks team at University of Arkansa in 1972 and within five years had been promoted to the role head track and field coach. The success that followed was unprecedented in the history of US sport; McDonnell oversaw 40 national championship victories, 19 in indoor track, 10 in outdoor track and 11 in cross country, which is nine more than any coach in any sport in the history of US college athletics. In the process, McDonnell guided the Razorbacks Track and Field team to six national triple crowns and twelve consecutive NCAA Indoor titles from 1984-95.

“While the amazing numbers he achieved with Arkansas will always be there to serve as a reminder to the dominance of the Razorback men’s program over his span of 36 years with the program, the personal relationships he developed along the way will be cherished forever,” the Razorbacks said in a statement on Tuesday.

John McDonnell, who resided in Northwestern Arkansas and who could count former US President Bill Clinton among his many friends, retired from coaching in 2008 and during retirement farmed his 2,500-acre cattle ranch in Pryor, Oklahoma where he owned over 650 head of cattle.

“It is with profound sadness that the McDonnell family announces our beloved husband, father, and brother, John McDonnell, transitioned to Heaven with our Lord and Saviour at 10:54 pm on Monday, June 7, 2021,” read the family statement released on Tuesday. 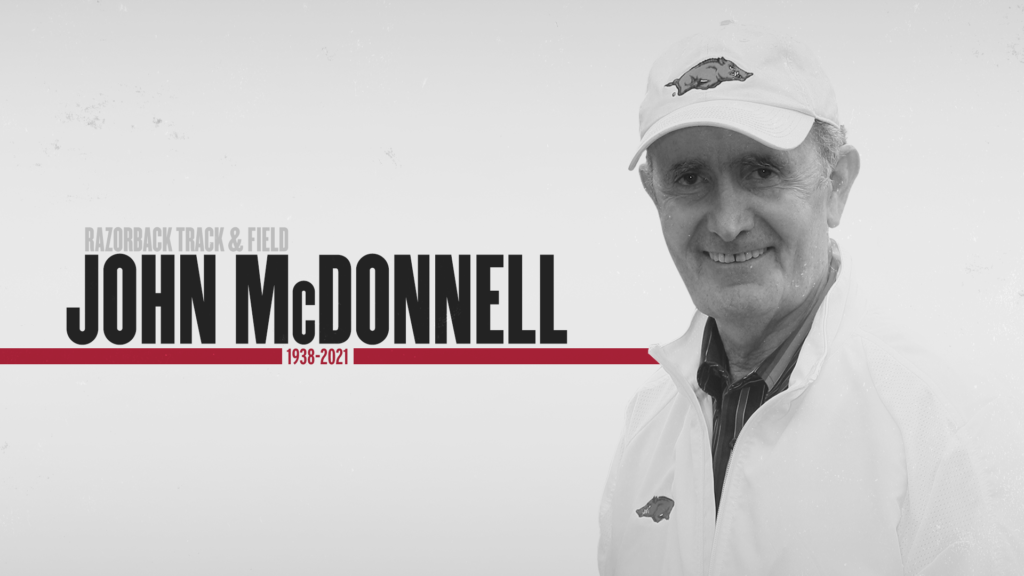 “He passed away so peacefully, enveloped in the love of his family and friends. He could have settled anywhere in America after emigrating from Ireland, but chose to call Northwest Arkansas home because as he often stated, this was ‘God’s Country’.

“His career speaks for itself, but what truly spoke was his love for God, serving others, and his limitless generosity. We want everyone to know how thankful he was for the support, love, friendship, and depth of opportunities he received throughout the years.

“While the world has lost an extraordinary man, we not only mourn his loss, but wholeheartedly celebrate that God allowed people around the world to be touched and impacted by his gifts of faith, love, and inspiration. His legacy and spirit will forever live on through his family, friends, colleagues, and athletes.”