Who do these managers think they are fooling?

Before I begin to analyse Mayo’s comprehensive victory against a makeshift Meath team in a sweltering MacHale Park last Sunday, let me first air a long-held grievance. With ten changes between both teams just before throw-in, I wonder what is the point of naming teams midweek anymore?
This was a glorified challenge game so what competitive advantage did James Horan or Andy McEntee hope to achieve by playing silly buggers with their line-ups? 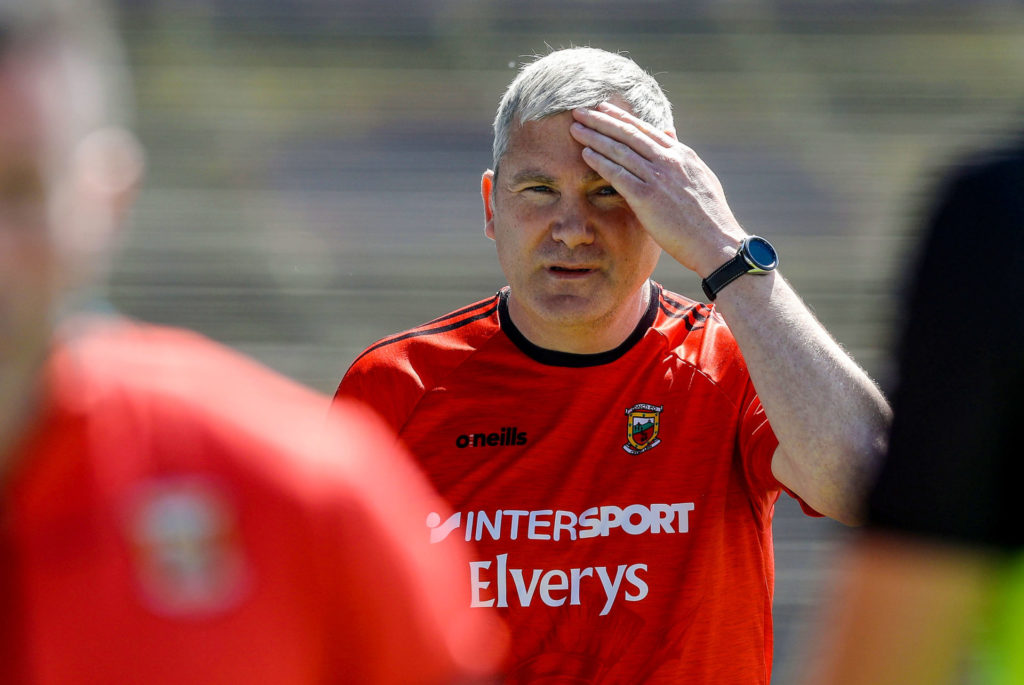 Mayo manager James Horan has used 32 players in three games so far this season but the team he names does not always correspond with that which starts. Picture: INPHO/Lorraine O’Sullivan

Mayo are not the only team to do this but we certainly have a proclivity for announcing replacements in the minutes before the first whistle — it seems to happen in every game nowadays.
Like me, I’m sure supporters now pay scant regard to the team announcement in the days leading up to big games as it will almost certainly not be the starting XV. It is almost disrespectful to the county’s followers that team management expect the public to gullibly swallow these dummy teams.
It is high time that the GAA gives each squad member a squad number for the season and that, like in soccer, the teams are simply announced an hour before throw-in. This would create its own entertainment as fans wait with bated breath to see if player X has overcome their knock or player Y is given their championship bow.
Twitter almost exploded on Saturday night when it was revealed at 7pm, an hour before the Champions League Final, that Pep Guardiola had eschewed a defensive midfielder in favour of an attacking one for the first time in Manchester City’s 60-game season.
The GAA could have similar drama and debate in the hours before big matches instead of this tiresome chicanery of publicising shadow teams during the week.
I’m also thinking of players who may fall foul to dummy selections. I am fully aware that Paul Towey would have known during the week that he was not starting, even though he was named at 13 on the published team.
As a young player without many starts to his name, that makes for awkward situations in the days preceding games as the good luck messages inevitably roll in from friends and family on WhatsApp. You don’t want to break omertà by saying that you are not starting, so you politely accept their well-wishes and hope they do not consider you a charlatan come game day.
As regards the football, Mayo’s forward play was very smooth in the first half. It was real summer ball and you could see that the Mayo forwards were enjoying the dry ball, hard ground and loose-marking of a dead rubber.
It was great to see Darren McHale get a chance to shine after his starring role in Knockmore’s club championship victory last year. He performed well in the first half and is a very hard runner with a good attitude. If he can get more appearances under his belt and develop the confidence and belief needed to succeed as an intercounty forward, he could be a live option for the summer. 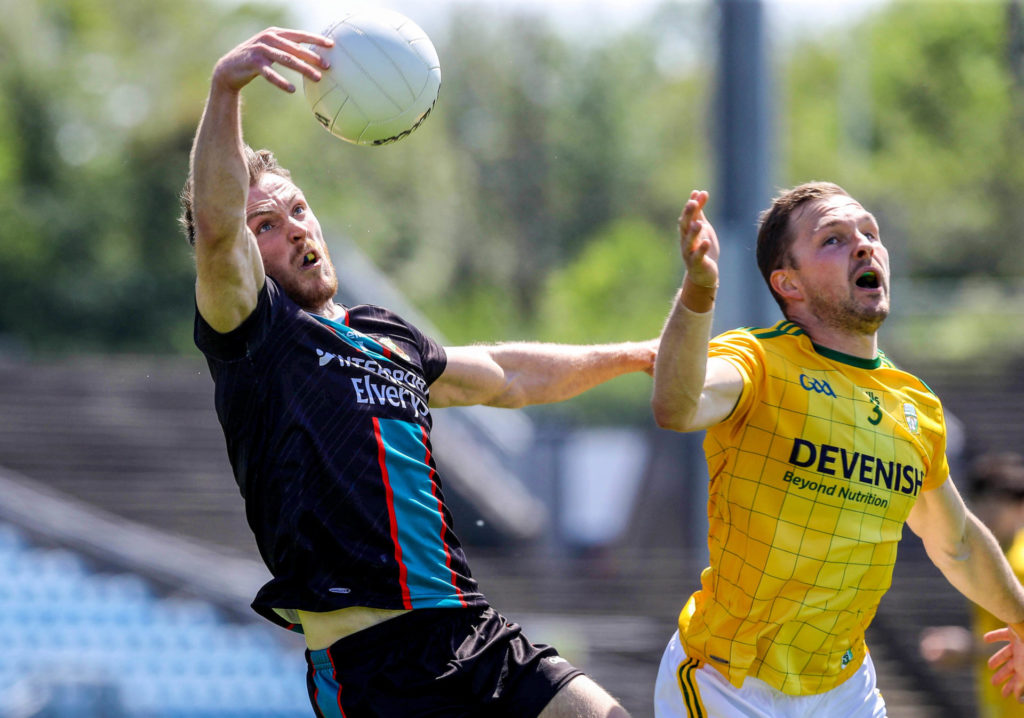 Speaking of live options, Bryan Walsh once again impressed and his form should see him secure a starting spot at wing-forward for the championship. Similar to a number of the younger players in the squad, he looks so much bigger now and obviously did significant strength training during the extended close season.
Like the curate’s egg, James Carr’s Mayo career has been good in spots and he will now look to add consistency to his undoubted talent. His second goal really showcased all his ability as he skilfully controlled the high ball, powerfully shook off his marke, and smashed it to the corner of the net. Thus far in his inter-county career, he has combined moments of brilliance with other ineffectual showings that have meant he has been in and out of the team.
I remember we played Ardagh in a club league game in Glencorrib in 2017 and I was immediately struck by Carr’s stature and forceful nature. In a display of immense power and skill, he caught the throw-in and sliced through our defence before crashing home a score.
Just four days later, I was excited to play on the same team as him in the Connacht Junior final in Charlestown versus Leitrim but was disappointed by his contribution and intensity. If he can learn from and replicate Cillian O’Connor’s assassin-like, elite mentality then Mayo will have another lethal attacking option.
Interestingly, 20% of Sunday’s starting line-up played for junior clubs in last year’s club championship. This should act as a real fillip to all lower-grade clubs and their players as it shows that if you have the talent, and the club has the correct structures in place, you will not slip through the net.
Kilmeena’s Jack Carney really impressed me in the County Junior semi-final against Shrule-Glencorrib last September and it is encouraging to see that performance, and his displays in helping Rice College reach the Hogan Cup final in 2018, have not gone unnoticed. 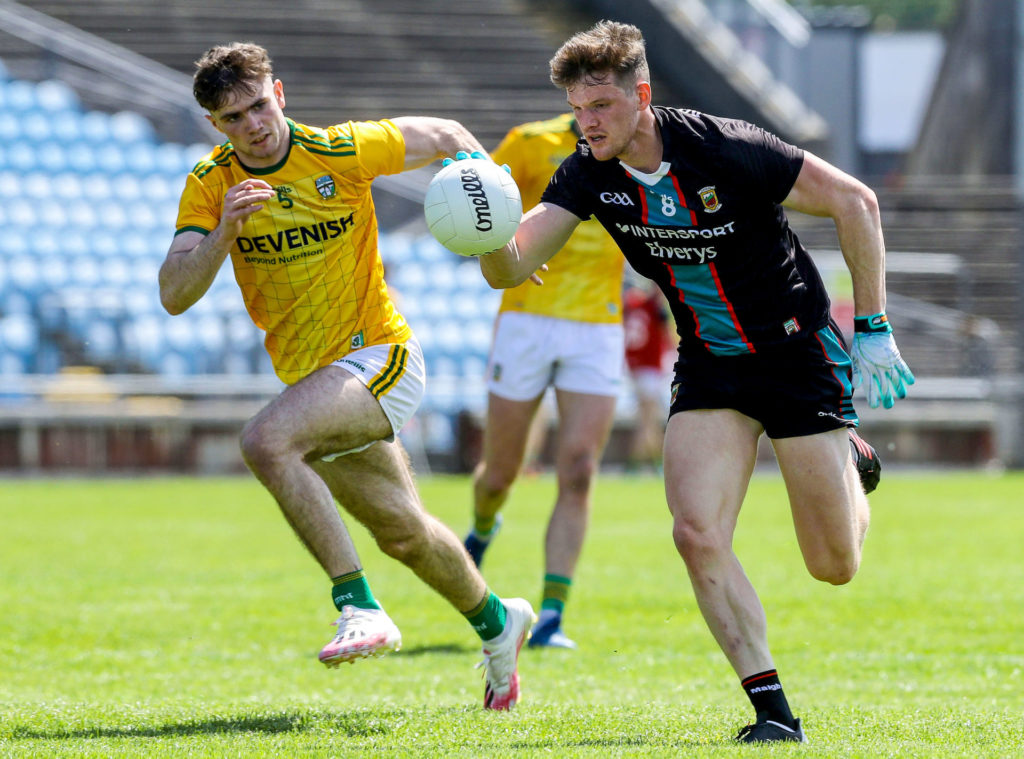 It was important that James Horan gave some minutes to his extended panel at the weekend. Being on a county panel and not getting regular first-team action is a peculiar place to be. You’re availing of the best training, S&C and nutrition in a high-performance environment, but without playing regular competitive games you begin to stagnate, and perhaps even regress.
I’ve been that soldier and it is my contention that in such a scenario you are better off being back with your club where you’re the main man, get on loads of ball, and enjoy the feeling of being immersed in meaningful action.
A lad flying with his club and brimming with confidence is in a much better headspace than a county squad player who is making up the numbers. Believe me, there is nothing more demoralising or disenfranchising than being an unused sub in a National League game and having to do the running sessions on the pitch immediately after the final whistle.
Substantial game time last Sunday will sustain Mayo’s fringe players for the next few weeks and give them the lift and impetus to push on in training ahead of the championship.
Given what I’ve just said, it was curious that Mayo did not start sub-keeper Rory Byrne at the weekend. We know what Robbie Hennelly can do, and that he will be first choice this season, but what if he gets injured or dismissed during a game?
Although a fine club keeper with Castlebar Mitchels, I cannot recall Byrne playing a league or championship game for the Mayo seniors. Surely the Meath game was the ideal opportunity for him to make his senior inter-county debut? Hopefully, Hennelly has an uninterrupted, successful season as otherwise, Byrne will have the ultimate baptism of fire in the cauldron of championship later in the summer. 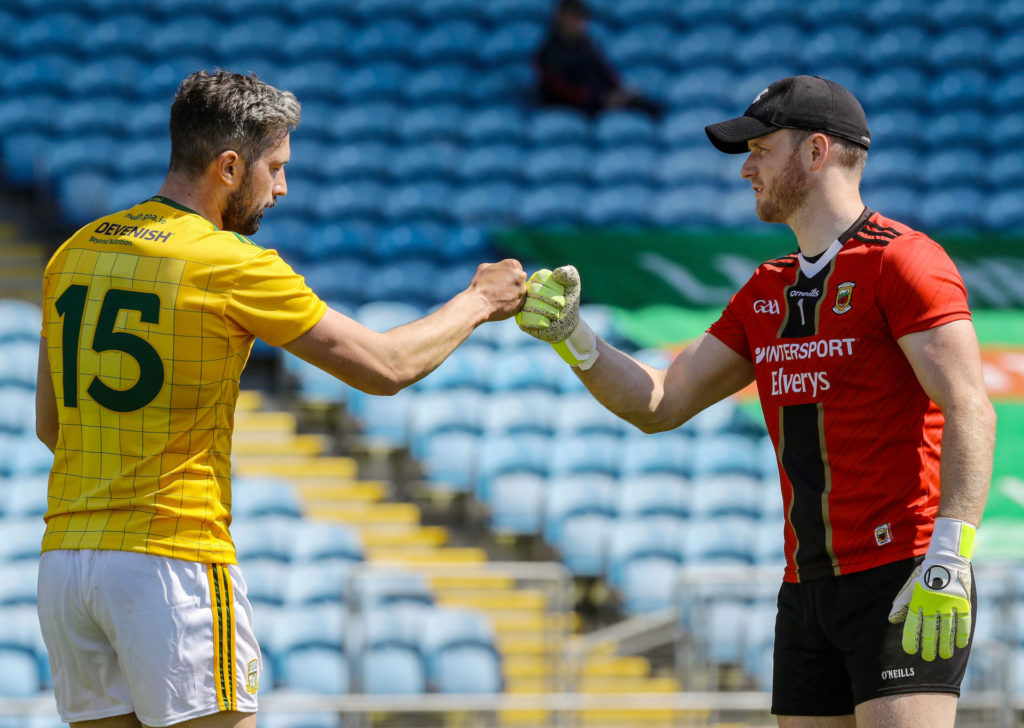 While Mayo are a very high-scoring team, they are still coughing up a lot of goal chances at the other end. Against Meath, I felt that all the full-back line were comfortable against their direct opponents but there must be a system failure somewhere on the field as Mayo were opened up on a number of occasions.
I accept that the second half became a procession as the players toiled in the unrelenting heat but it was a similar story against Westmeath and the team is yet to keep a clean sheet this season.
Clean sheets are becoming rarer and rarer in Gaelic football, in a total role reversal with hurling where amassing high points totals, rather than banging in goals, is the new modus operandi. However, surrendering multiple goal chances and conceding an average of two goals each game is not a recipe for success for Mayo going forward.
And in this week’s Gok Ron fashion bulletin, I am pleased to announce that I really like the new Mayo alternate kit. It is a very slick and stylish creation. All is forgiven after the home shorts debacle. I look forward to watching Mayo wearing it next in the All-Ireland final versus Kerry in late August.