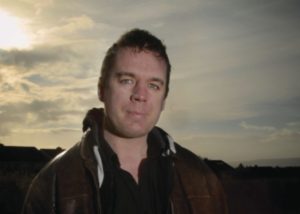 A South Mayo playwright will debut his latest play via the internet next week.

Ballinrobe native, Mick Donnellan will broadcast his latest play, ‘Nally’, via Youtube on Wednesday evening next. The play is loosely based on the events of October 2004 in which home and farm owner, Padraig Nally from Cross in Mayo shot and killed a traveller who entered his property uninvited.

Mick established his own theatre company, Truman Town Theatre, ten years ago and has had theatre hits with ‘Sunday Morning Coming Down’, ‘Shortcut to Hallelujah’ and Gun Metal Grey’.

One of his plays, ‘Radio Luxembourg’ was optioned by a London Film Company and has been adapted for the screen. Re-named ‘Tiger Raid’, the film starred Brian Gleeson, Damien Molony and Sofia Boutella and was shown at the Tribeca Film Festival in New York as well as at Cannes and Edinburgh and at the Galway Film Fleadh.

A lecturer at Athlone IT, Mick’s latest play will be acted and directed through zoom. It is based on the theme of rural isolation and centres around Padraig, a bachelor living in the West of Ireland. 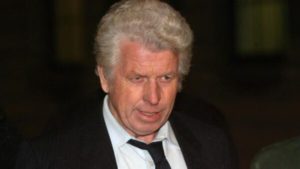 Mick said: “While we are initially introduced to a quaint, idyllic life, we soon see there is a sinister cloud on the horizon. Reports of crimes and intimidation in the local area pervade the general conversation and it’s only a matter of time before the new threat reaches Padraig’s door. Faced with persistent visits from two unwanted guests we witness Padraig deteriorate into a state of chronic anxiety and severe crippling fear. Forced to live in the cowshed for his own safety, and with a police force too stretched to help, he decides to defend himself in the most brutal way possible. Inspired by true events, ‘Nally’ is not without signature Truman Town elements such as dark humour, poetic dialect and controversy. At times a touching, poignant story, it drags the harsher side of humanity to the surface and highlights the dangers of living alone in modern rural Ireland.”