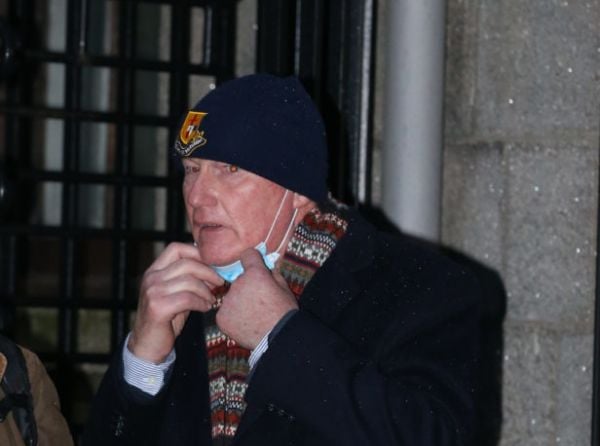 A spectator at a golf tournament who sued after he was hit on the head by a golf ball and knocked unconscious has lost his High Court action.

Colm Campbell had claimed he is in constant pain and his life has totally changed after he was struck on the left side of his forehead during the West of Ireland Championship for amateur golfers held at County Sligo Golf Club at Rosses Point, Sligo five years ago.

He had sued the golfer Kevin Le Blanc who was at the time a top amateur golfer who later turned professional for a number of years as well as County Sligo Golf Club and the organisers of the competition, The Golfing Union of Ireland.

Ms Justice Bronagh O’Hanlon today said she had not been able to find in favour of Mr Campbell in any respect.

The 65-year-old father of three now faces a substantial legal costs bill from the action which was heard over six days in the High Court after the judge also made an order for costs against him. She granted a stay on the order for 28 days in the event of an appeal.

Ms Justice O’Hanlon said we have to keep in mind that is an amateur sport although played at an elite amateur level and Mr Campbell was a recreational user “responsible to a huge extent, as matters played out for his own safety.”

Dismissing Mr Campbell’s action, the judge said the conclusion of the court was that it would be “completely impractical and unreasonable” to have expected with 40 seconds to play his shot for the golfer, Kevin Le Blanc as suggested by the Campbell side to have walked up and clarified his line of vision and walked back before he hit the ball.

The preponderance of the evidence, Ms Justice O’Hanlon said supported the contention of the defendants that no case has been actually made out against them.

The Campbell side contended Mr Le Blanc who was in the rough at the 11th green and 12th tee box hit the ball and it overshot the green and hit Mr Campbell on the head. They submitted it was “an errant shot” and there was a fundamental obligation to shout ‘fore’ because somebody could be in its way.

It was claimed against the County Sligo Golf Club and The Golfing Union of Ireland there was an alleged failure to take reasonable care for the safety of spectators and an alleged failure to give any warnings to those attending the competition they ought not be located at the place where Mr Campbell suffered injury.

It was claimed against Mr Le Blanc he allegedly failed to warn spectators including Mr Campbell of dangers of which he ought to have been aware.

All the claims were denied and it was contended there was alleged contributory negligence on the part of Mr Campbell who was engaged in conversation and not looking at the golfer take the shot.

In her judgment, Ms Justice O’Hanlon said golfer Kevin Le Blanc who gave evidence was “most impressive , understated but very honest and very credible.” She said he was a highly experienced elite amateur golfer who knew his game. He said had he been aware there were people who were left of the green and if his ball was heading towards them, he would have shouted “fore” but he was not aware there were people standing so close to the green.

Referring to Mr Campbell’s evidence the judge said of particular note is that Mr Campbell was not paying attention at all when the incident occurred.

“He was not looking at play, he described people looking for a ball and that he was talking to his friends,’ the judge said.

“The situation on the ground of this championship competition was that to a great extent they were self-regulating and self-policing spectators. All spectators were deemed to have been knowledgeable of the game of golf and would be reasonably expected to take care of their own safety accordingly,” Ms Justice O’Hanlon said.