Community at the core of new Co-Ops launched in Mayo

Three new Cooperatives in the Mayo area were formally launched in Mayo this week as part of Minister Joe O’Brien’s visit to the county. 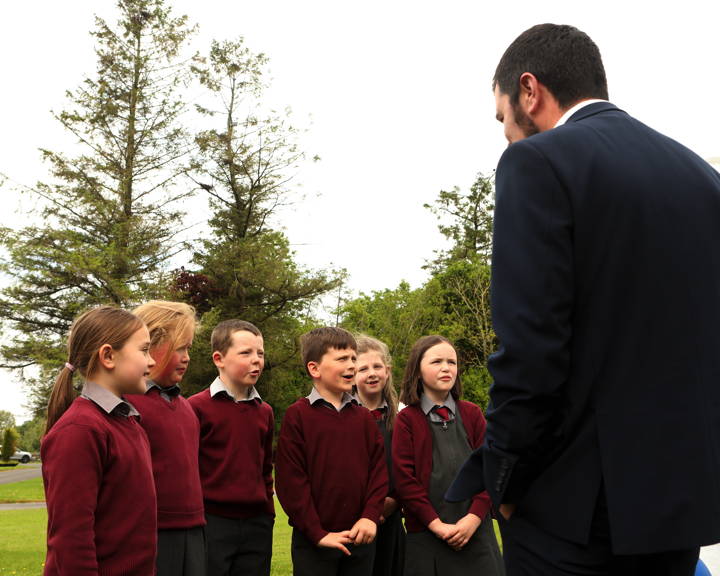 Children from Currabaggan NS in Knockmore met Minister Joe O’Brien during his visit to Mayo this week where they discussed various projects that they have been working on in conjunction with the Michael Davitt Museum in Straide, ranging from the Children’s Land League to bee-keeping. Picture: Corinne Beattie

The three Co-Ops, Comharchumann Mhíchíl Mhic Dháibhéid (Achill), Comharchumann Flidhis (Erris) and Beacha Acla (Achill) emerged over the last 18 months as a result of a Rural Development Programme and have each benefited from funding provided by the Department of Rural and Community Development and Department of Social Protection, which is headed up by Minister O’Brien.

Justin Sammon, someone who has been instrumental in the establishment of the three Co-Cops, said that in the context of rural development it was time to re-visit the co-operative structure and principles as a vehicle for community enhancement.

Meanwhile, Minister Joe O’Brien TD said: “These Co-Ops are extremely interesting, ranging in everything from folklore projects to bee-keeping but all with a keen eye on how their work can enhance the communities around them and the lives of people within those communities. All three of these projects have developed in response to key social, cultural, economic and environmental issues and opportunities. They are indicative of the resourcefulness of local communities in identifying an issue and developing a plan to address it and enhance all aspects of the community.” 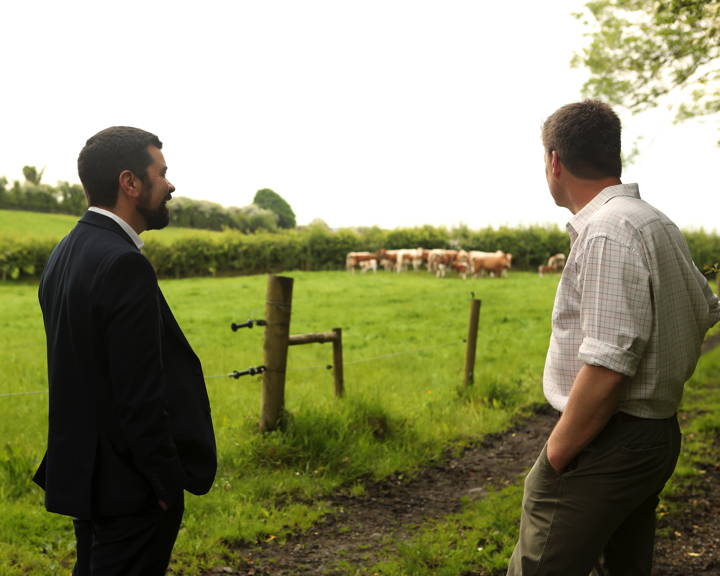 Minister Joe O’Brien visited Seamus Heverin’s farm in Ballina last week to see and chat about his Irish Moil cattle. They are one of the rarest and most distinctive native cattle breeds, with only 600 in the world. Picture: Corinne Beattie

Minister O’Brien also made a number of visits to other projects across the area that are supported by his department, including Ballina’s Karen Garden, the Involve Project, the Mhaoil cattle herd and Moy Innovations.

The Minister ended his visit at the Michael Davitt Museum in Straide, Foxford, to see first-hand and hear of the developments there, and to meet with representatives of several innovative projects including the Children’s Land League from two local national schools and members of the Doolough Valley project committee. Minister O’Brien also launched the Swinford Needs Assessment Survey.