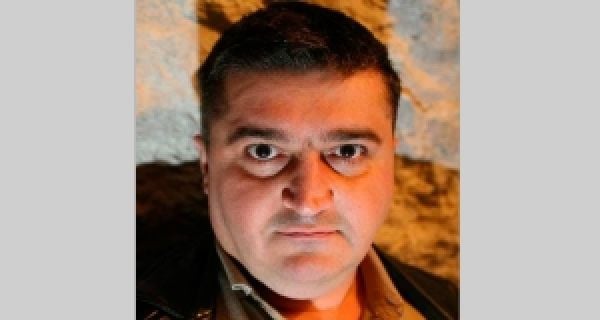 A former psychic turned financier who is serving a seven and a half year jail term has lost his appeal against his conviction for a range of offences including money laundering of €1.6 million.

The Court of Appeal dismissed all 12 grounds of appeal by Simon Gold which claimed the trial judge had erred in law in his handling of the jury trial, which convicted the appellant two years ago.

Gold (56) of Augharan, Aughavas, Co Leitrim, was found guilty of 20 charges including money laundering, deception and control of and using false instruments following a 28-day trial which concluded at Dublin Circuit Criminal Court in June 2019.

The president of the Court of Appeal, Mr Justice George Birmingham, said it was a feature of Gold’s appeal that he sought to stay as far away as possible from any issue as to his guilt, although he noted that the appellant had made “extensive” and “unrestrained admissions” when interviewed by gardaí.

Mr Justice Birmingham presiding with Mr Justice John Edwards and Mr Justice Patrick McCarthy said it was a constant theme of Gold’s defence that there had been an over-eagerness or over-enthusiasm on the part of the prosecution which had resulted in an unfair and unsatisfactory trial.

Evidence during the trial revealed that Gold had used a number of different aliases including Simon Gould, Simon P Magnier and Niall O’Donoghue as well as operating a number of companies with similar sounding names to Anglo Irish Bank and Irish Nationwide, although he had no connection with such entities.

Among his victims were a quarry owner, dairy farmer and a wealthy Danish businessman.

The trial court heard that Gold offered millions in loans to three Irish victims in return for deposits ranging from €10,000 to €30,000.

The Danish businessman transferred €1.6 million into an Ulster bank account controlled by Gold in two tranches of €800,000 for what he believed was an investment opportunity.

Counsel for Gold had argued that the trial judge, Judge Martin Nolan had erred in law by refusing his application for separate trials in relation to certain offences.

They claimed the effect of trying all matters together painted a general picture of dishonesty which made the task of the jury more difficult when considering each count on its individual merits.

However, the Court of Appeal said matters being tried together meant the jury was presented with “a fuller picture” that showed how Gold had been operating a number of false names.

The three-judge court said it had not been persuaded by the appellant on any of the grounds of appeal that the trial judge had erred over matters where he had discretion.

At a sentencing hearing last July, Judge Nolan described Gold as a very intelligent man who had committed “devious and well thought-out crimes”.

The judge said two of Gold’s Irish victims were desperate men who were “at the end of their tether” and to whom he had caused distress and embarrassment.

While Gold was a man of enterprise and intelligence, he said the defendant’s crimes had involved gross dishonesty.

During the trial, a Garda witness said Gold seemed to prey on people who were in severe financial difficulty.

Gold also had 17 previous convictions, including 12 which related to offences in the UK, for a range of crimes including burglary, theft, larceny and escaping from lawful custody over a period of 20 years.