Tenders are being sought for feasibility studies into two exciting offshore project proposals for Killala Bay.
The Ballina-based River Moy Search and Rescue group has tendered for the studies to establish the viability of long-term plans to develop an artificial reef and an underwater museum in the bay. 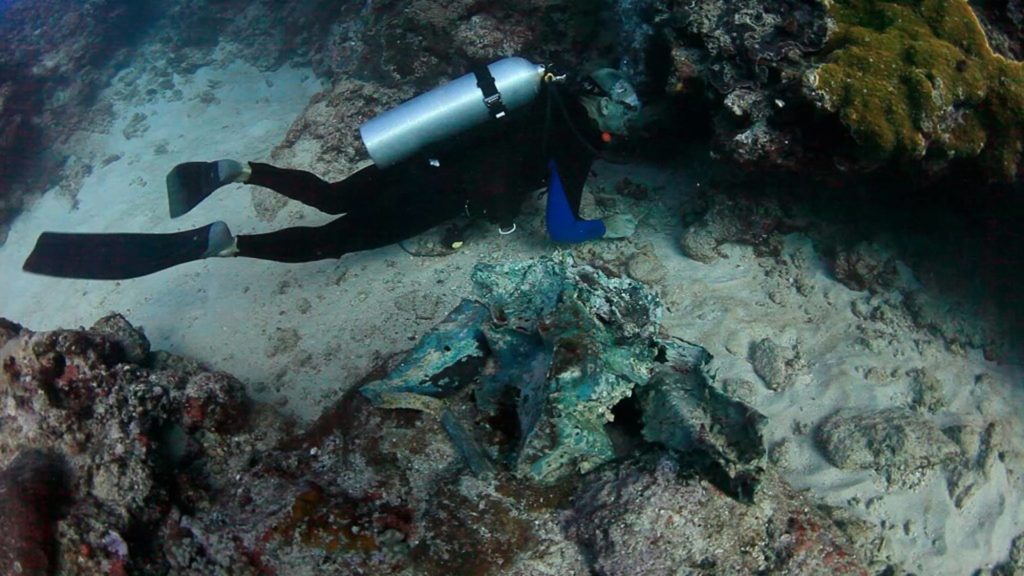 Mayo is said not to utlise its long coastline to its full extent so plans for a proposed underwater museum in Killala Bay is sure to attract attention.

Similar attractions already exist around the world, including Lanzarote’s €750,000 Museo Atlantico and the River Moy Search and Rescue Group would like to see Killala Bay boast the only such development in Ireland.
Combined, the two offshore project proposals would monopolise on Mayo’s under-marketed status as a significant maritime county, says River Moy Search and Rescue group member, Mr Vincent Lang.
“Mayo is a major maritime county with an extremely long coastline that is not always used to its full extent.”
The projects are among several local water conservation and environmental initiatives that the rescue group is pursuing in its spare time as a means of giving back to the local community and enhancing the appeal of the area.
Mr Lang explained that the underwater museum would involve the commissioning and installation of a sculpture park featuring statues of an Irish or historical maritime theme on the seabed in Killala Bay.
These might include reconstructions of sections of famous boat wrecks, local historical/mythological characters or a unique attraction like the world’s tallest underwater sculpture.
The museum would be planned and executed in a manner respectful of the ecologically sensitive nature of Killala Bay.
It will be clearly marked off at up to four different accessible parts of the bay with varying water depths. 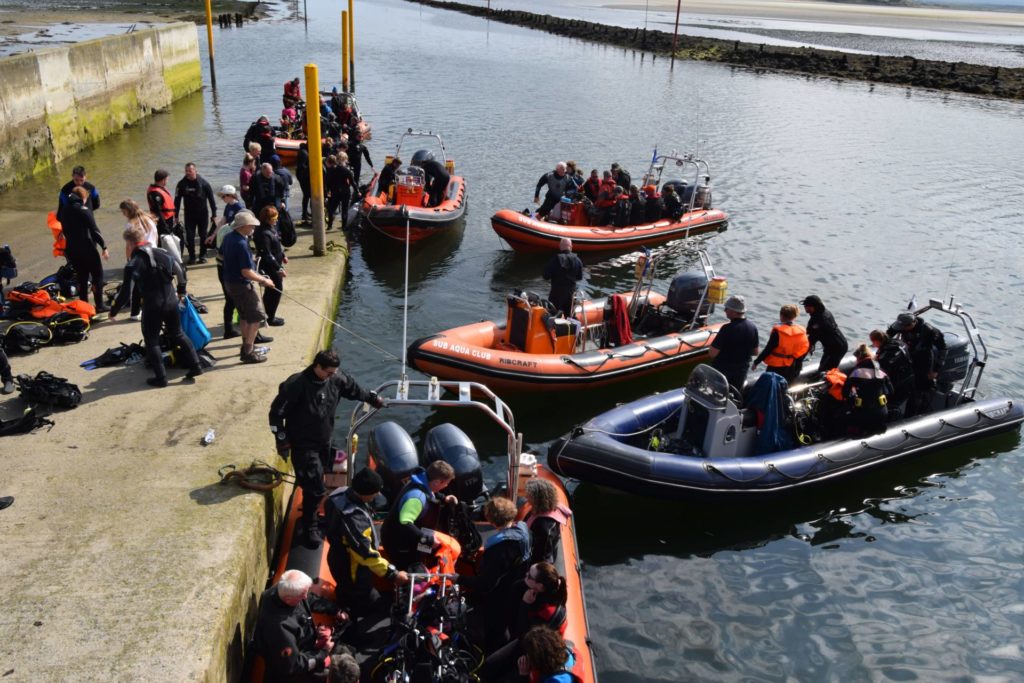 Crowds of divers depart for a dive off the North Mayo in 2019. Members of River Moy Search and Rescue believe there’s an opportunity for Mayo to monopolise on its under-marketed status as a significant maritime county.

While the museum is proposed as a tourist attraction to benefit northeast Mayo and west Sligo, the artificial reef proposal will be principally geared at enhancing the biodiversity of the bay and will be set in a separate location to the museum.
Mr Lang stressed that the River Moy Search and Rescue’s proposed reef would be different in scale and scope to the existing Ship2Reef proposal that envisages the sinking of a decommissioned ship to ultimately form an artificial reef in Killala Bay.
He believes that both can be pursued and operated side by side.
Comprised of a multitude of small environmentally friendly structures known as reef balls and layer cakes, the River Moy Search and Rescue Group’s proposed reef would be installed across an area the size of a football pitch with the sole purpose of enticing and nurturing marine life in Killala Bay.
Mr Lang stressed that the River Moy Search and Rescue Group is principally seeking to establish the feasibility and viability of the two planned projects.
The delivery or either or both may take many years to realise and will be subject to successfully obtaining both planning permission and sufficient funding.
The deadline for tender submissions is June 21 next.