Gardaí say they are following a definite line of investigation into a malicious arson attack that occurred in the town of Ballina over the weekend.

Witnesses are being sought as part of the ongoing investigation into the incident of criminal damage on a vehicle by way of fire. 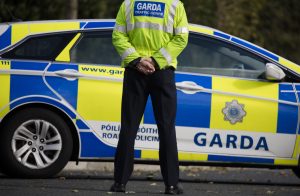 The attack occurred at around 3.45am on Sunday morning, May 30 at Tyrawley Terrace where a white Fiat van, that was parked outside a private dwelling, was set alight.

The vehicle was quickly engulfed in flames and the fire brigade and gardai attended the scene. No one was injured in the incident.

A garda spokesperson confirmed to the Western People this morning, Monday, May 31, that a separate vehicle has since been seized at a separate location for a technical investigation in connection with the arson attack.

Investigations are ongoing and gardai are anxious to hear from anyone that may have witnessed any suspicious activity in the Tyrawley Terrace area between the hours of 3.30am and 4.00am on Sunday morning to contact them at the station on Lord Edward St on (096) 20560 or the garda confidential line – 1800 666 111.