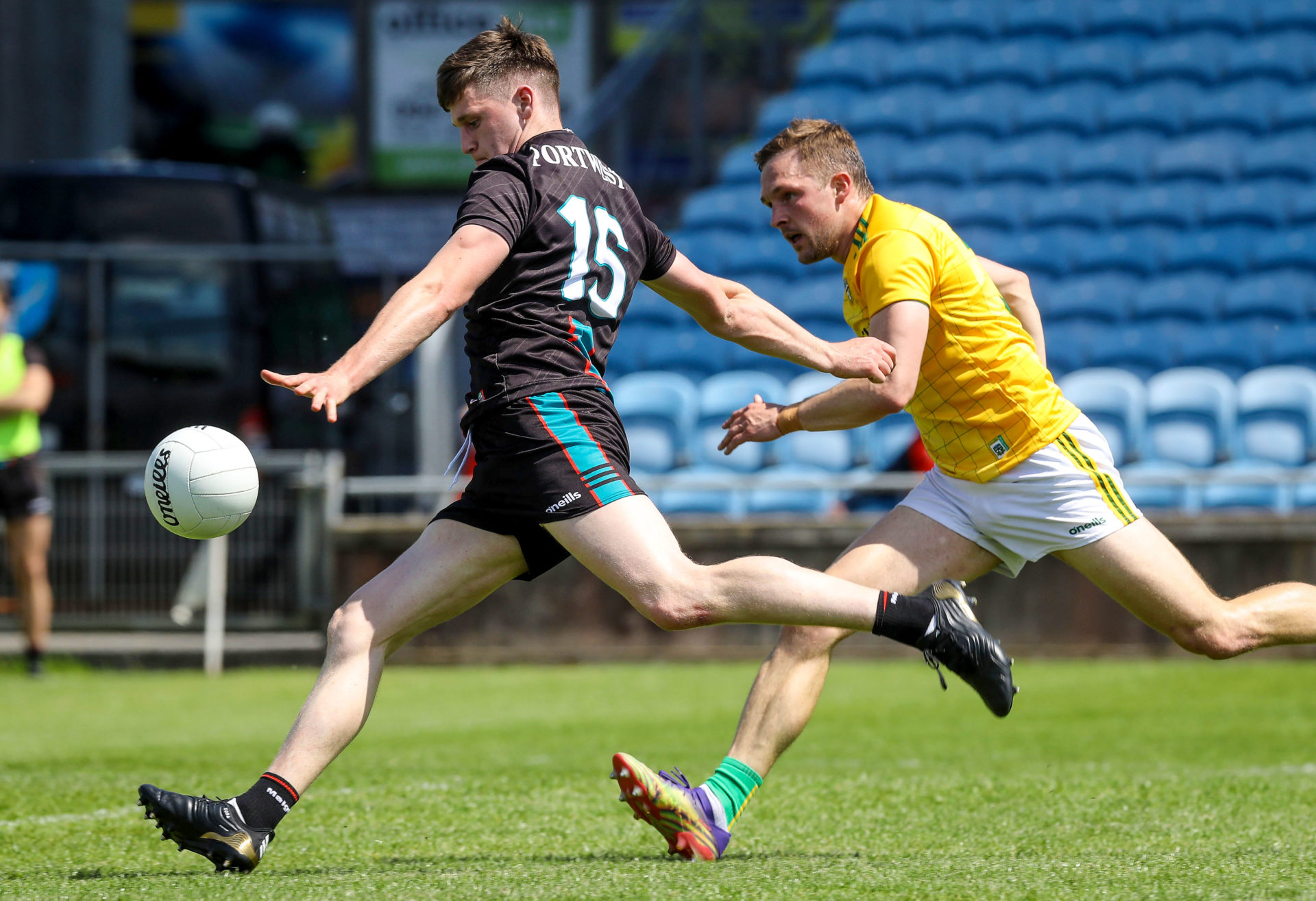 Mayo claimed top spot in Division 2 North of the National Football League with a straightforward win over Meath in MacHale Park on Sunday afternoon, on a final scoreline of Mayo 3-17, Meath 2-12. The victory sees Mayo advance with maximum points from their three group stage games ahead of a league semi-final the weekend after next, where a win would seal promotion back to Division 1 at the first time of asking.

Mayo did most of the heavy lifting in the first half on a beautiful afternoon in Castlebar, with James Carr marking his first appearance of the year with two well-taken goals and Cillian O’Connor converting from the penalty spot. Carr was one of a number of personnel changes made by James Horan for what was, in practical terms, a dead rubber. Eoin O’Donoghue, Fergal Boland, Darren McHale, Stephen Coen and Jack Carney were all given their first starts of the season, a first-ever for Carney after his debut off the bench in Mullingar last weekend.

Mayo started well and led by 0-5 to 0-2 after 13 minutes, with McHale and Michael Plunkett buttressing three dead balls from O’Connor. Meath hit back with the game’s opening goal on 15 minutes as Brian Conlon scuffed home from short range but Mayo responded in kind just after the water break, O’Connor nailing a penalty after Bryan Walsh was taken down.

The pace of the game slackened off considerably after half-time. Meath were reduced to 13 players for most of the third quarter after both Eoin Harkin and Conor McGill were sin-binned. Mayo were able to bring Aidan O’Shea on for his first appearance of the year after his knee injury and the big Breaffy man marked his return with a point with his first touch of the ball.

Meath did find a second goal early in the half, midfielder Brian Menton surging up the middle and finishing to the roof of the net, but Mayo were never in any danger of being caught. Mattie Ruane, Walsh and substitute Paul Towey all added late scores to make it a deserved eight-point win for the home side, who will now turn their attention to that all-important semi-final in two weeks’ time.