Ladies NFL Division 1A – Round 2

Captain Niamh McLaughlin netted a decisive penalty as Donegal made it two-from-two in the Lidl Ladies National Football League Division 1A. 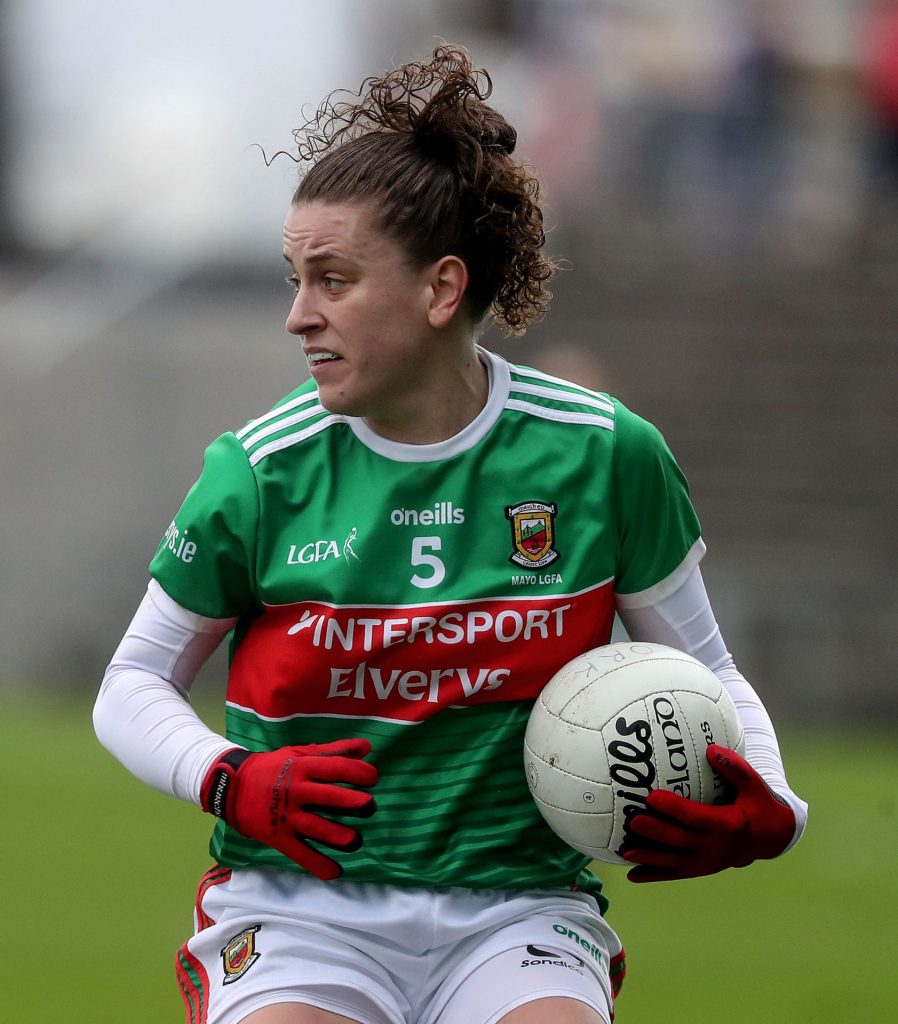 Kathryn Sullivan and her Mayo teammates were unable to overcome Donegal in Ballybofey on Saturday evening. Picture: INPHO/Bryan Keane

The game had been touch-and-go until McLaughlin’s penalty in the 48th minute. Karen Guthrie was hauled down and McLaughlin beat Mayo goalkeeper Aisling Tarpey with a well executed penalty.

The goal put Donegal, who had been a point down, into the driving seat and Guthrie – who scored six points – quickly added a brace to seal victory for Maxi Curran’s side.

Donegal star Geraldine McLaughlin was ruled out after failing a late fitness test. The Termon sharpshooter was feeling the effects of a dead leg sustained in the early moments of last weekend’s win over Westmeath.

Frees from Niamh Hegarty and Karen Guthrie steadied the home side, but Shauna Howley and Rachael Kearns responded.

After a superb score by Niamh Kelly, the electric Kearns might have buried a goal after 11 minutes. The MacHale Rovers forward, after rounding three Donegal players, saw her shot pushed over the crossbar by home goalkeeper Aoife McColgan.

Kearns starred last week as Mayo overcame Connacht rivals Galway and the full-forward arched over to put her side two in front.

Donegal were thankful for McColgan just after the water break as she held onto Sinead Cafferky’s low drive.

Guthrie clipped over Donegal’s first score in 14 minutes from a free and they were level again when Hegarty fired over after Niamh McLaughlin, the captain, was fouled.

After Suzanne White, who came on midway through the first period, prodded over for the hosts, McColgan’s intervention was needed again, this time to deny Kearns with a cracking save.

Hegarty, picked out by a deadly pass from Niamh McLaughlin, put Donegal in front, but wing-back O’Connor curled over a pair of delicious points for Mayo.

The pendulum swing when Niamh McLaughlin fired to the net and Donegal saw out a useful win.