Bob Dylan turned 80 last Monday (May 24). In his life, he has written so many important and memorable songs; has won everything that can be won (from an Oscar to the Nobel Prize); and established himself as one of the greatest artists in the history of humanity. And now, another accolade comes his way in the form a congratulatory book celebrating his life and work, published by a Mayo publisher. 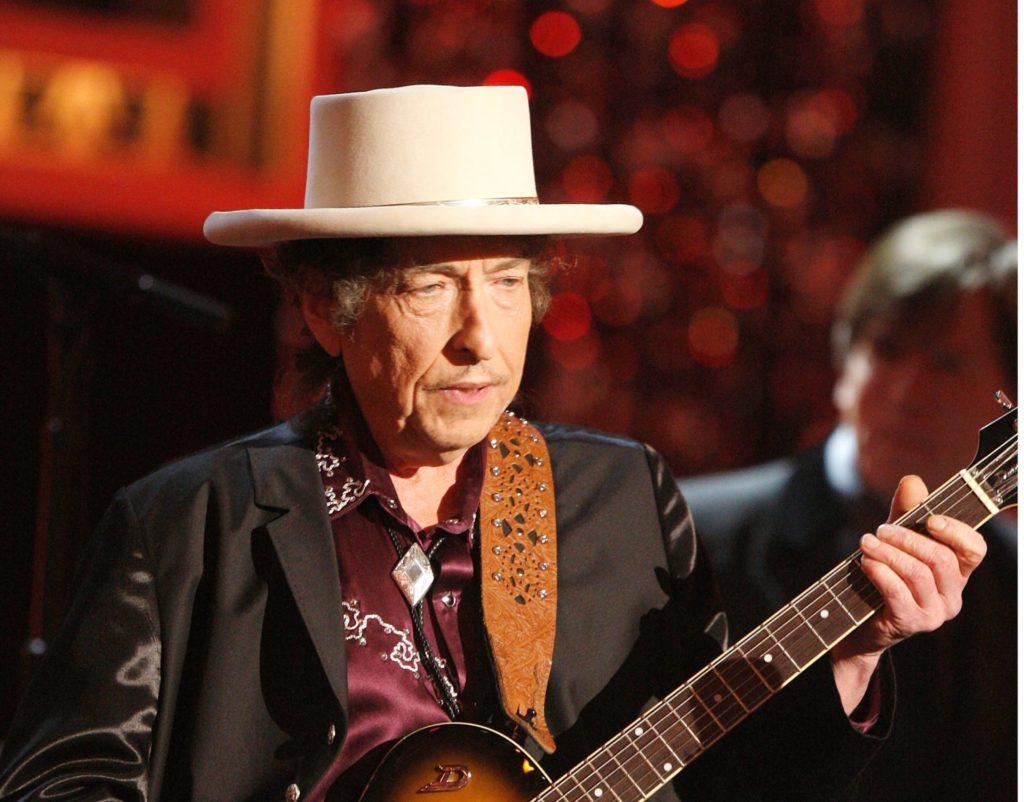 Musician, singer and poet, Bob Dylan is a man of many parts – and now 80-years old! Picture: Kevin Winter/Getty Images

Happy Birthday, Mr Bob is published by Westport-based Covie Publications and Recordings, and is the brainchild of Liamy Mac Nally.

Liamy, a well-known freelance print and radio journalist, is a longstanding Dylan enthusiast and has been to see the great man more than 75 times. The idea for the book came about, he says, because “I always wanted to acknowledge the positive influence of Bob Dylan’s work in my life: the joy, strength and comfort of the music, and the sheer delight of the live concerts. His lyrics have been a pillar of support and learning throughout my life”.

“The book has almost 100 contributors, made up of people from all walks of life. I wanted a cross-section of a typical Dylan Irish audience – people who enjoy Bob. I wanted it to be a book of bouquets to Bob. So we have regular people who enjoy Bob alongside people who write professionally, like poets and writers, and also songwriters and broadcasters. There are poems, short stories, memories, anecdotes, tributes, ‘wish lists’ and even a one-liner! There are also a few drawings of Bob – two by Irish rock legend, the late Rory Gallagher (Dylan and Rory were good buddies) and one by Mairéad Irwin, alongside a few photographs.”

The book itself is a beautiful thing, with kudos to Frank O’Reilly for a great job on the design and layout. As well as designing it, Frank is also one of a quite diverse array of contributors in the book. “At the outset I was thinking of getting 80 poets to honour Bob – one for each year of his life, but I didn’t know 80 poets!” says Liamy. “I knew also that it would be too weighted. I wanted the book to be more expansive and more inclusive, so I drew up a list of family, friends and acquaintances that I knew admired Bob. I extended that to people on the national scene – poets, writers, musicians and broadcasters – who I knew also appreciated Bob. Most people agreed straightaway while some declined, for various reasons, from work commitments to being in mourning. Strange how lighting a candle to somehow walk alongside those in mourning worked as a support and inspiration with the project.” 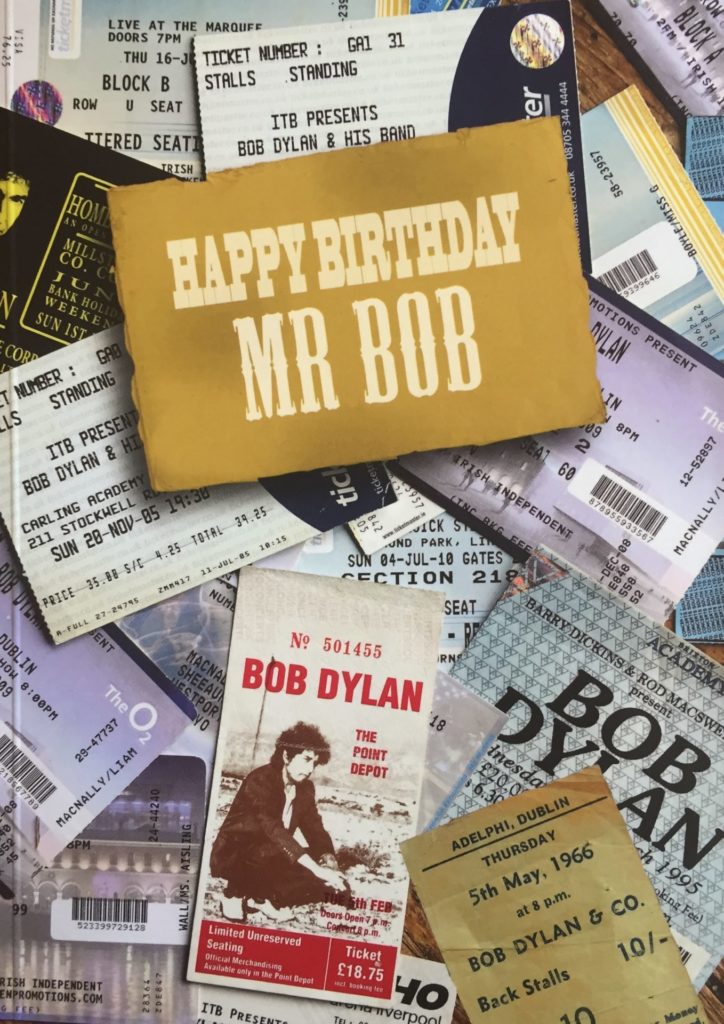 The cover of Mayo freelance journalist Liamy MacNally’s new book which celebrates the 80th birthday of his idol Bob Dylan.

Liamy’s relationship with Mr Zimmerman goes back a good few years. Describing the initial encounter, he says: “I heard Bob first in 1973 when I went to St Jarlath’s College, Tuam for my final two years of secondary school. I loved ‘Knockin’ on Heaven’s Door’ which had just been released. Then classmate Michael Gibbons from Louisburgh made a tape of a few tracks from Blonde on Blonde. I was hooked! Two other classmates, both deceased, God rest them, Jimi Daly (Mulranny) and my cousin Seoirse Hayde (Cork) also opened my musical mind. Jimi could play perfect air guitar to ‘Watchtower’ while Seoirse was more into Rory Gallagher. Once the door was opened I was like a sponge. I marvelled at how Dylan’s music had meaning. I could relate to the lyrics, tone and musical expression. So often I felt he voiced how I felt. That made Dylan different. His music has been more than a soundtrack to my life; it has also been an inspiration, support and comfort.”

For many hardcore fans, the real Dylan experience lies in seeing him perform live in concert. Bobcats will compare the number of times they have witnessed the majesty, like war veterans comparing battle scars. This is all a part of what gives Dylan fans an apparently different kind of relationship with their idol, than a lot of fans of other artists.

“I first saw Bob live in Earls Court, London in June 1981,” Liamy reminiscences. “He was a speck in the distance but I was thrilled! That was followed by Slane in 1984 and around 75 concerts across Ireland and Britain since that!

“I think while we enjoy the ‘man’ we know that it is his work that we really enjoy and that inspires us. We have no claim on Bob Dylan, the person. He is a private individual and we respect that. We’re not interested in what he had for breakfast, what he wears, who he meets and that kind of stuff. He is a family man who lives his life the way we all live our lives. Sure, he is an enigma and all that, but that’s his business, not mine! I think people who admire Dylan appreciate the work he has created and, on so many levels, his willingness to share it. I love the way he constantly recreates his own work. It keeps it fresh and in some strange way, allows us to be co-creators. Just as we feed off his work and are inspired by it, so also I am sure he feeds off an audience and is inspired.”

As a musical artist, Dylan has had an incomparable life and career. By the age of 24, he was famous and had already written songs that would go on to be anthems for his and subsequent generations. From there, he built an iconic legend. Even in older age, however, he has continued to defy and astound critics and fans alike. Last year, while the world was in the early stages of the Covid pandemic’s grip, he furtively dropped – with no fanfare whatsoever – an album, Rough and Rowdy Ways. Filled with brilliant songs and an ancient wisdom, the album was hailed as a masterpiece, with fans finding comfort in the voice and words at a time when it was needed most. 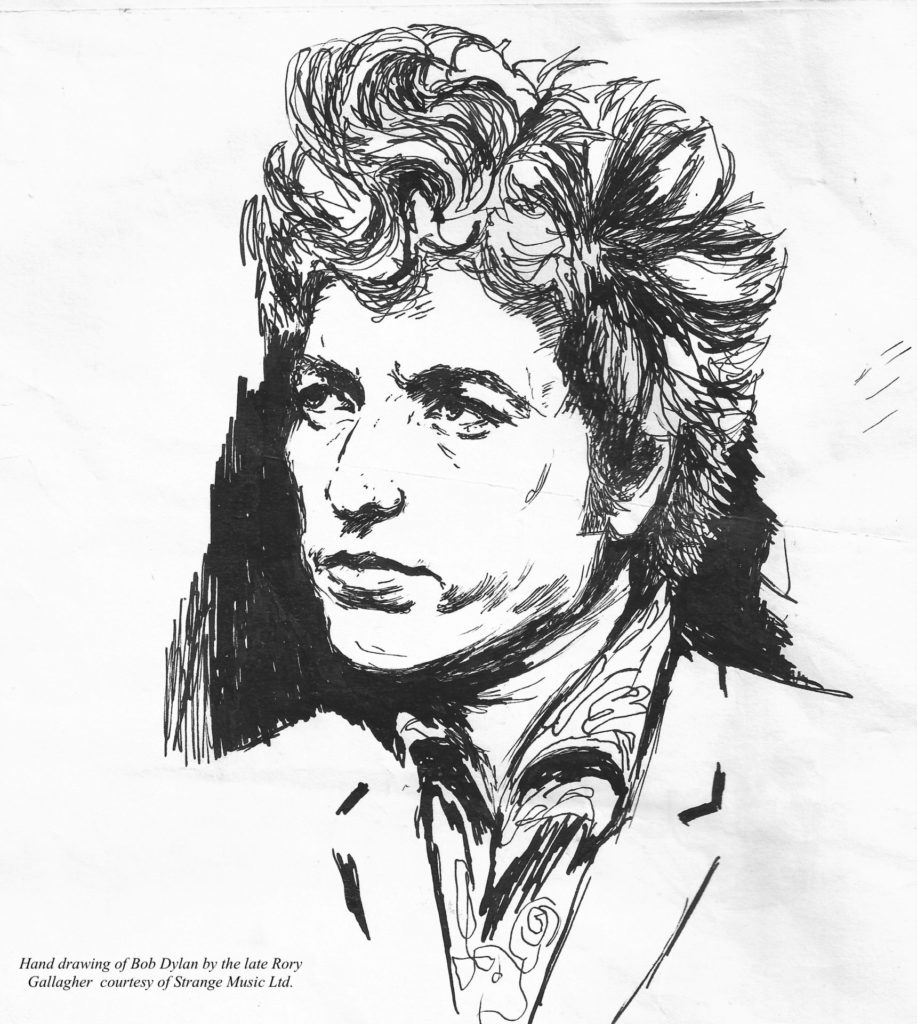 A sketch of Dylan by legendary Irish blues musician, the late Rory Gallagher is among the contributions to the book.

It was just another example of his ability to constantly surprise. It seems that, to paraphrase that other great Bard, ‘age cannot wither him, nor custom stale his infinite variety’.

When asked where he expects Dylan to go from here, Liamy says: “He’s written around 600 songs, performed thousands of concerts, written a few books, created several series of wonderful paintings, fashioned a whole plethora of iron-wrought sculptures, hosted over 100 radio shows on ‘Theme Time Radio’ (well worth a listen, brilliant music and really corny jokes!), is an award-winning distiller (Heaven’s Door whisky), been given every accolade there is – so I think he’s done his bit for humanity! What next? I think I’ll just throw out one of his own lines – ‘He not busy being born is busy dying.’ He is a creator and will be, I think, until the last breath in his body. 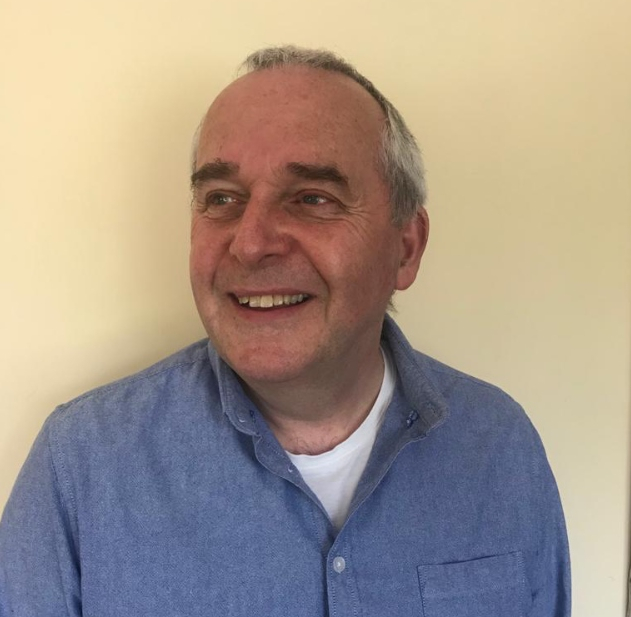 “I was really thrilled he won the Nobel Prize for Literature. The Nobel Prize win put a spring in the step of everyone who admires Dylan’s work. I knew he had been nominated on several occasions but when it happened I was just delighted. It gave some kind of imprimatur to the ‘street cred’ Dylan had brought to popular music. As Bruce Springsteen said; ‘Elvis freed the body; Dylan freed the mind’.”

Dylan certainly has done his bit for humanity, and Liamy has now done his bit for Dylan. With Happy Birthday, Mr Bob, he has fashioned a birthday card, present and ‘bouquet’ for his musical hero, and given nearly 100 likeminded souls the chance to offer their own tributes on this landmark occasion.

Liamy concludes: “The whole experience of doing the book was humbling when I read some of the poignant stories and poetry people had submitted. The level of support I received from people also excited me. All contributors were treated equally. The project was one ‘of the heart’, done in goodwill and with a sense of inclusivity. I think that comes across in the pages, thanks to all the contributors.”