It’s just over a year since the 2020 General Election signalled the end of a two-decade career in local and national politics for former Mayo FG Senator and TD Michelle Mulherin.

Now the Ballina native is beginning a new chapter that will see her combine her passions for public service and social justice as she returns to her original profession as a solicitor. 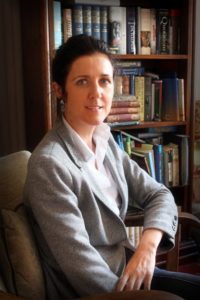 Michelle announced on social media last week that she has joined the Castlebar-based solicitors firm, Duggan and Barry, and has been overwhelmed ever since by the public reaction and countless messages urging her not to leave politics behind.

Michelle told the Western People that while she has been hugely encouraged by the public’s support and would “never say never” to the prospect of a return to public representation, she is a practical person at heart and is focused on living in the here and now.

She has been far from idle in the last year. She has spent the time pursuing further studies in subject matters that have helped her to form a new mission to combine the areas that most interested her as a politician with her legal work.

Michelle admits that there was a period of reflection and soul searching before she began to plot this new course.

“As politics is all-consuming your identity does get tied up with it. When you come out the other side it can be disorienting and it is a challenge to establish who you are and your purpose outside of politics,” she said.

While politics gets its fair share of bad press, Michelle relished the learning experience her time as a public representative afforded her.

Even more rewarding was the honour of working with so many people, businesses and communities with the shared goal of progressing their areas She says it is this latter element of the work that left her well-placed to accept the will of the people in February, 2020 elections.

Hailing from a family of long-standing FG supporters, Michelle never envisaged a career in politics when she was young but always relished the banter and light-hearted rivalry that was to be experienced at election time in her home place at The Brook in Ballina.

Raised in a home that advocated civic-mindedness and responsibility, she always had a keen interest in social justice and current affairs.

This drew her to law and on completing her studies in Dublin and returning to Ballina in the early 1990s she was quickly recruited into the party ranks by local FG stalwarts, former Senator Ernie Caffrey and former Minister Paddy O’Toole.

In 1999 she was added to the ticket for election to Ballina Urban District Council.

With incredible support from party colleagues, family and friends, Michelle was elected and has never forgotten the honour of having the people of her hometown place their trust in her.

She successfully retained her seat in 2004 while also winning a seat on Mayo Co Council and by 2009 was topping the poll in both urban district and county council counts.

Again a team effort reaped the rewards and Michelle loved this side of politics and the camaraderie and fun it engenders as well as the learning curve of being a part of local Government. 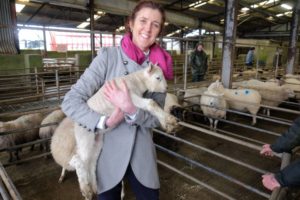 She was added to the FG ticket for Mayo for the second time in 2011, having unsuccessfully contested the 2007 General Election, and benefited from the historic blue wave that returned her and three other FG representatives as well as a Mayo Taoiseach from the then five-seater constituency.

The victory was sweet but the ensuing years were incredibly tough as the FG Government attempted to deal with the cataclysmic fall out of the 2008 property crash and ensuing banking crisis.

“That was a very, very tough five years,” Michelle remarked, adding that she was serving a constituency in dire need.

Unemployment was rampant and the Government had to implement a suite of devastating budget cuts that made it next to impossible for a newly-elected TD like her to deliver on election promises including her commitment to get the N26 road upgrade project back on the agenda following An Bord Pleanala’s shocking decision to refuse the scheme planning permission on environmental grounds in 2010.

Undeterred by the prevailing mantra of acting in the national interest, Michelle went straight to Enda Kenny to make the case for the project, advising him that progressing the N26 was a personal deal breaker for her.

It was ultimately agreed that the project would be phased, with priority given to replacing Cloongullane Bridge.

In the ensuing years, Michelle worked hard to highlight the injustice of infrastructural development like road building being repeatedly impeded in rural counties like Mayo due to an abundance of areas designated for protection and conservation under EU directives relating to wildlife.

Michelle lost her seat in the 2016 General Election but was appointed a Senator by Enda Kenny in May of that year and sat in the Seanad until March of 2020.

Today, work is underway on the construction of the new bridge at Cloongullane and, while Michelle is no longer in political office, she draws great satisfaction from witnessing its delivery together with the progression of other projects she lobbied for including the orbital route and the multi-million Euro Mary Robinson Centre and Ballina Innovation Quarter developments in her home town.

The issue of gender quotas was a hot one throughout much of Michelle’s political career.

While she insists that gender does not influence whether someone does a good job as a politician or not, she says the fact that Ireland’s political system was largely built by men means it suits them and represents their priorities best.

This is something that can and is being corrected, she stressed, adding that she advocates for a feminism that takes in men as well as women so that they can work together on issues.

Having experienced her fair share of online abuse and negative press throughout her political life, Michelle is concerned about the impact social media has had on public commentary and believes women have been adversely affected in this respect.

She has personally always endeavoured not to take such commentary to heart but one particular incident proved an unprecedented exception.

Michelle admits that she struggled to overcome the horrific arson attack carried out on her constituency office in Ballina in January, 2015.

Thankfully no one was physically harmed by the petrol bomb but it caused €22,000 in damages and left Michelle shaken to the core.

She could see its impact on her staff and family too and found herself more unnerved by public commentary online and negative press thereafter, fearing that it might result in another incident of someone crossing the line:

“It was not just an attack on me. It was an attack on democracy that I, as a democratically elected public representative, was being seen as a legitimate target,” she remarks.

While she acknowledges that she may not have gotten everything right during her time in politics, Michelle confidently asserts that she has always endeavoured to be honest and genuine and to act in people’s best interests.

She remains passionately interested in current affairs and the future of rural Ireland in particular and while she maintains contact with party colleagues she is, for now, focused on moving forward with her legal work:

“So the future is full of possibilities with many opportunities to grasp and I am up for the challenges along the way,” she concludes.