Hundreds of protesters took the streets of Ballina on Saturday afternoon to demonstrate a perceived shortfall in funding for pyrite remediation works on properties in the county. 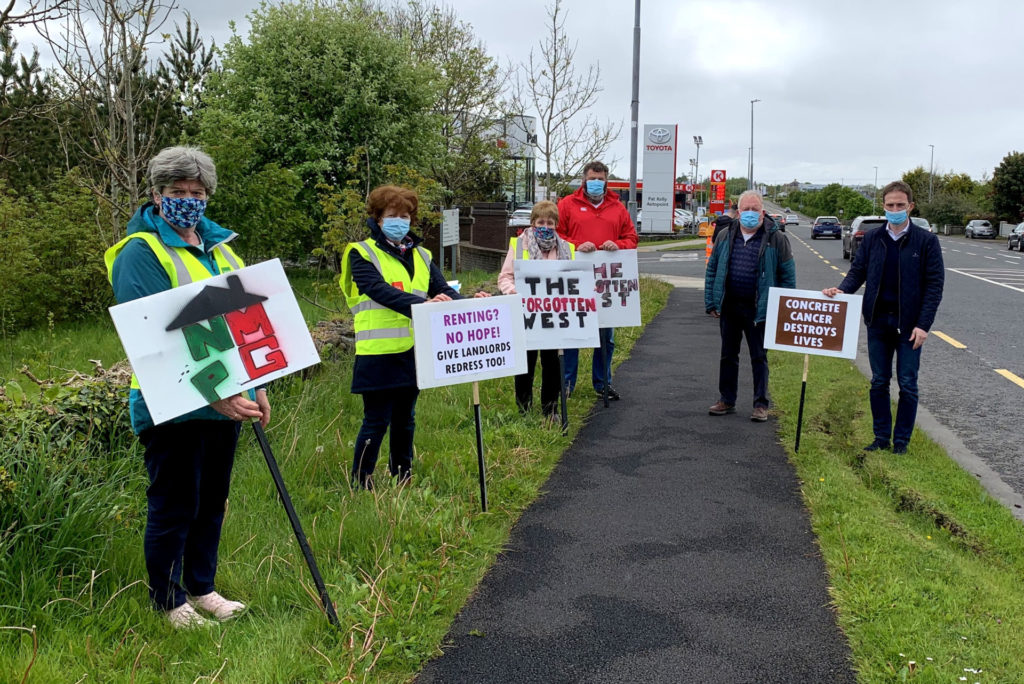 The peaceful protest went ahead at the five main entrance routes into the Mayo town despite Saturday’s heavy rain and poor weather conditions.

The Ballina demonstration follows the creation of the North Mayo Pyrite Group (NMPG), which has seen a steady increase of concerned members grow to about 600 in recent weeks.

A €20 million remediation scheme for defective building materials came into effect last year but many of those affected believe even with 90 per cent financial cover, the costs associated with rebuilding their homes are unaffordable.

In Mayo, the Defective Concrete Blocks Grant Scheme is available to those who believe their property was damaged by materials with excessive amounts of mica or pyrite. In order to qualify for the scheme the building must be tested and certified at a cost of between €5,000 to €7,000.

However, with the overwhelming majority of properties requiring demolition and rebuilding, many owners are angered by a 90 per cent grant limit on costs capped at €275,000. That approach, they argue, does not take into account other expenses such as storing furniture and kitchens, or the cost of living elsewhere in the interim. Rental availability in Mayo is said to be extremely limited.

“More and more houses have raised their heads and been tested, and tested positive,” said local Independent councillor Mark Duffy, who has been advocating for those affected. “It’s something that has crept through housing estates like a horror.”

Cllr Duffy said there have been 90 applications for the scheme in Mayo so far but officials expect this to grow exponentially.

It is in that context that the recently created NMPG has been attracting widespread attention and has raised awareness of potential problems in people’s homes – the issue shifting somewhat from standalone rural dwellings to urban estates.

Simon Beale, whose engineering company has certified well in excess of 100 affected properties, believes the number in Mayo alone could rise from initial estimates of 362 to more than 1,000.

He explained that unlike similar pyrite issues in the east of the country, those in Mayo involve blocks rather than ground fill, a far more complex problem that almost always requires total demolition. While homes may have been built between 2000 and 2008, it can take time for weathering to bring out signs of defectiveness.

“A lot of people are only noticing it now but others are dealing with it for over 15 years,” he said.

“It’s depressing. I’m on a downer from going to houses and being like the grim reaper giving bad news. I really do sympathise with these people.”

The Department of Housing said the application process “only opened in June 2020 and it would be premature to make any changes to the scheme limits at this time”.

A spokeswoman for Mayo County Council said it had issued 71 funding approvals to date.

In response to a question on the 90 per cent cap in the Dáil this week, Taoiseach Micheál Martin said the remediation schemes in the west and east of the country – the latter 100 per cent funded – were “not comparable” as average costs in the east coast were less than €70,000 per home.

When Jamie Lee Donnelly bought her house in Ballina for the modest sum of €125,000 it felt like a bargain – at last a home where she could raise her three young children. Not long after though, the cracks began to appear.

“I thought this was my opportunity to get on the property ladder. If I knew then what I know now,” she says, days out from a protest to vent frustration at what many here see as shortcomings in a scheme designed to fix lingering pyrite issues. 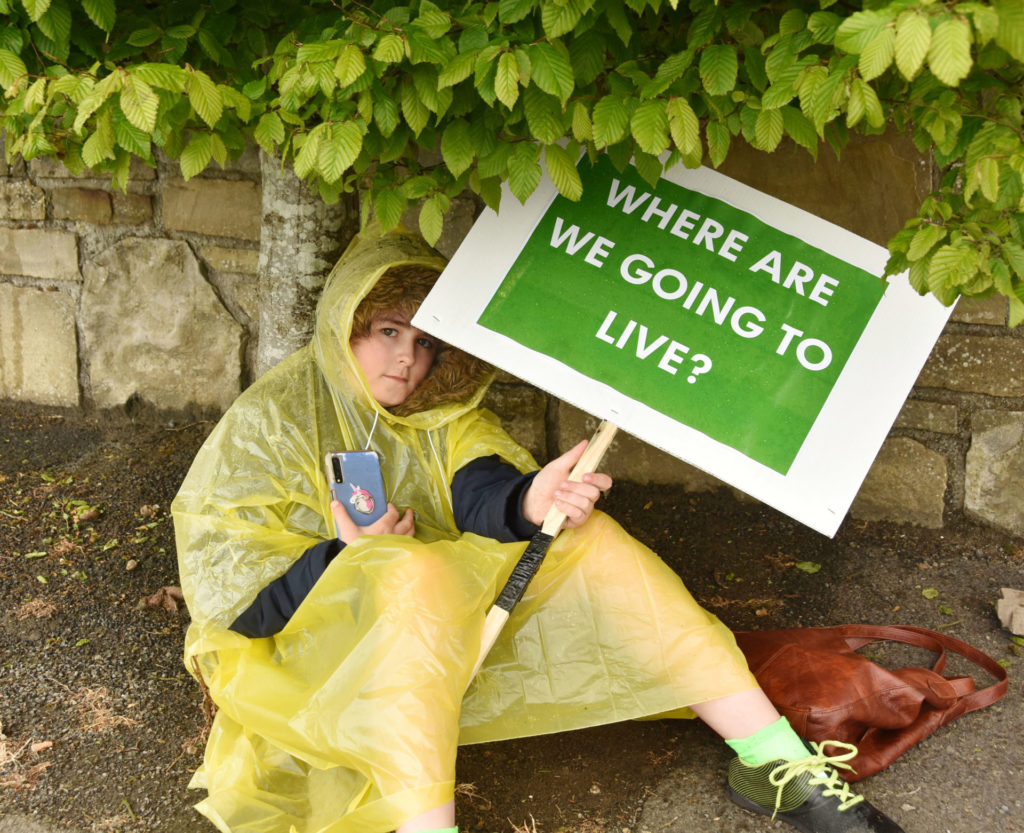 Like other homes in the area, Jamie Lee’s was built from concrete blocks rendered defective by pyrite or mica, substances that cause cracking and make homes unsafe. The cracks grew bigger, forcing her to ask her parents for the €5,000 it cost to carry out an inspection.

“My parents handed me €10,000 and said, can you get us tested as well because it’s in our estate. I am still waiting to get that money back,” she says. In March, both properties, in different estates, were confirmed problematic.

Jamie Lee submitted her application six weeks ago and is awaiting approval but the costs not covered by the scheme – new doors and windows, rent – threaten her ability to follow through.

She believes the rebuild will cost just over €200,000, within the scheme limits, but that her expenses could reach about €60,000.

“I don’t have it. I am trying to get the money; I have gone to my bank. I can’t go onto that scheme if that money is not there,” she says, clearly upset at the prospect.

“The bank owns my house. I have only been paying it off for five years.”

She will attend this weekend’s demonstration and says the appetite for protest has been building.

“We have been sat in our homes for how long now because of Covid just looking at cracks in our walls,” she says. On Saturday she will stand along one of the five roads into Ballina.

“Each of these roads leads to another town or village or place that’s affected by pyrite.”