A Castleconnor woman living in Israel was forced to flee through the streets with her baby in her arms as rockets lit up the sky overhead.
Grainne Barrett lives in Jerusalem with her husband and their 10-week-old baby. During a trip to Tel Aviv to escape the mounting tensions in Jerusalem, the couple and their child had to scramble to an underground bunker when a rocket attack broke out. 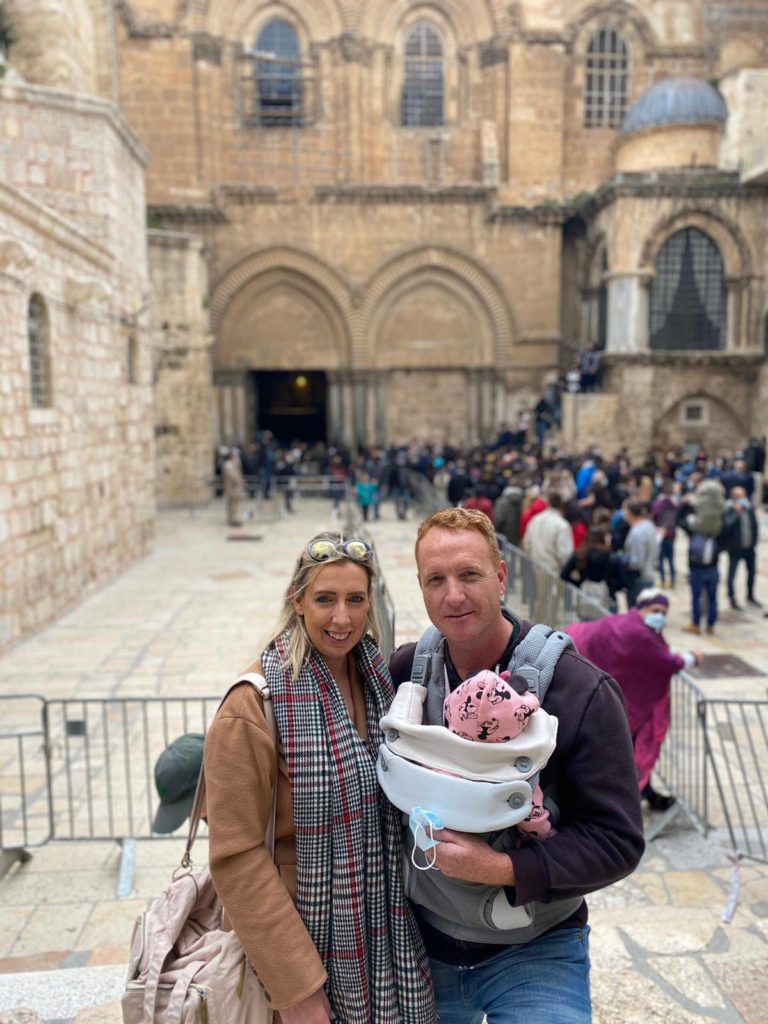 Grainne, her husband Ronan, and baby Holly pictured in more peaceful times in the Old City in Jerusalem.

“We went out for dinner at 8pm that evening and the next thing the siren went off. Everybody was shouting ‘Run, run, it’s a rocket attack!’ I grabbed Holly out of her pram and we ran through the streets following a crowd to get into a bunker before a rocket hit,” said Grainne.
“The fear of holding a 10-week-old in your arms and running through the street is something else but I don’t think it really hit me until we came back to Jerusalem a few days later,” she added.
Fighting erupted earlier this month after weeks of tensions in Jerusalem, notably over planned evictions of Palestinians from their homes in east Jerusalem to make way for Israeli settlers, and clashes at the sensitive Al-Aqsa mosque compound. A ceasefire was declared last week.
Grainne has been in Israel since last March. She works as a director of food company FoodSpace Irl and moved to Israel to join her Irish Army Commandant husband Ronan who works for the UN as a peacekeeper.
The couple’s home is situated close to Damascus Gate, which has been a flashpoint area for tensions in recent years. “We live 300 metres from it so we see everything. It was bad for about two weeks before it really hit the national news. I remember ringing my sister and telling her ‘look, will you just tell mum I’m okay in case there is anything on the national news tomorrow.’ That was because there was so much rioting going on here. 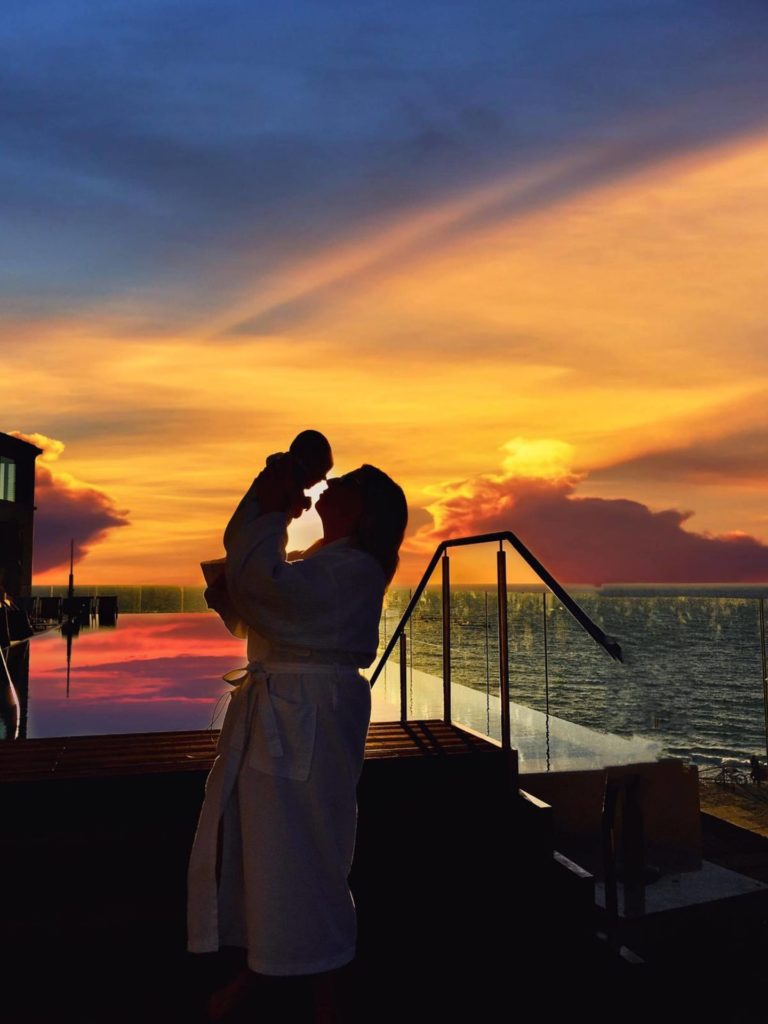 Grainne Barrett and her baby daugther Holly pictured in Tel Aviv before rocket attacks broke out in the city later that evening.

“On the weekend before May 10 tensions were really high around Damascus Gate and there were nights we didn’t sleep because of the stun grenades that were being fired. We would hear absolutely everything. I got up at 3am one morning to feed Holly and when I looked out there was a row of police officers pushing all the Ultra-Orthodox Jews away from the Arabs with stun grenades being set off and rocks being fired at each other,” said Grainne.
Baby Holly was born in a hospital located just a kilometre from their home that just a few weeks later was the scene of a siege during the peak of the unrest. Grainne said that where they live was actually relatively safe as its mixed nature meant it was not the target of strikes. “I would say to people that we actually live in one of the safest areas of the city, which might sound strange,” she commented.
She said the differences between life in West Jerusalem and East Jerusalem are stark.
“It’s almost like a Luas line between the east side of Jerusalem and the west and we live just on the west of that line,” she said. “When we go shopping around the market it’s like being on Grafton Street but when you go ‘across the tracks’ as it’s called, it’s like travelling into a different country,” Grainne added.
Life has started to restore some form of normality in recent days. “Despite everything that goes on here it really is a beautiful country,” said Grainne.