Two acclaimed Mayo musicians will present a performance of traditional music and song free of charge later this month on the Linenhall Arts Centre’s webpage. 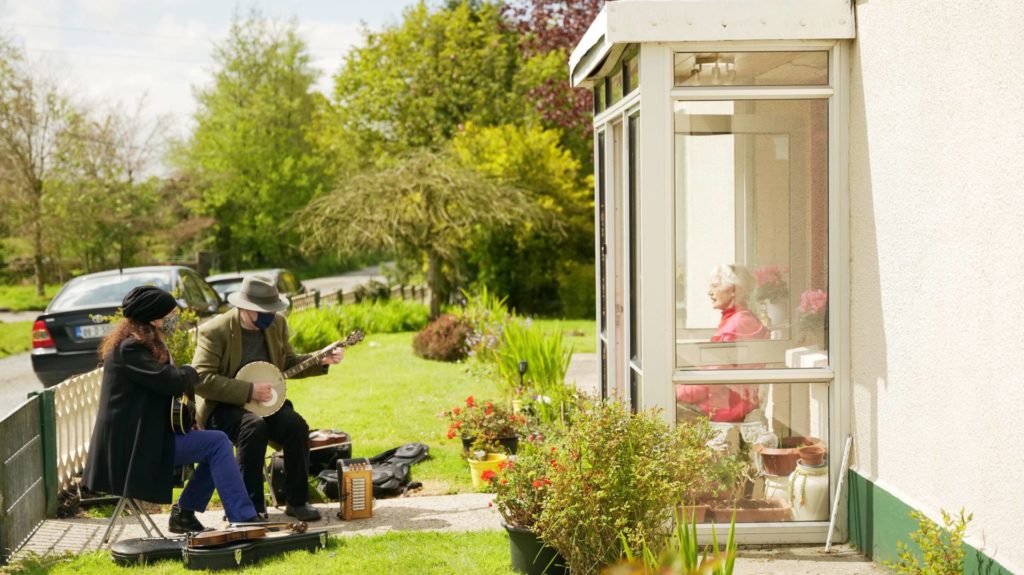 Laoise Kelly (harp) and John Hoban (fiddle, mando-cello, song and more) have been bringing the joy of music to the garden gates of a number of older people in the Castlebar area who may not otherwise have the opportunity to experience live music. Over six days in early May, they serenaded some of our senior citizens with traditional jigs, reels and polkas, as well as songs and harp airs. 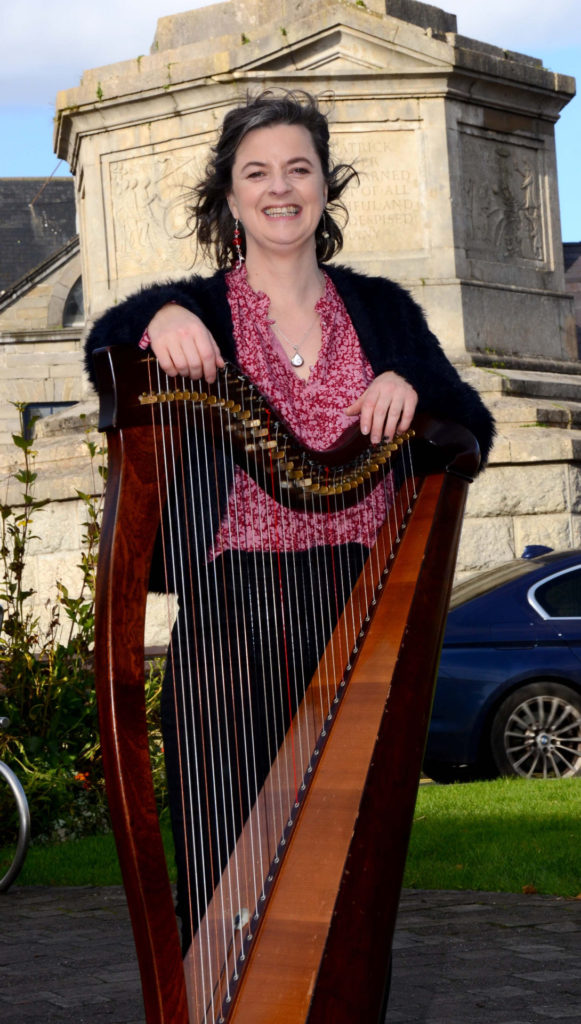 Mayo’s Laoise Kelly was awarded Traditional Irish Music’s highest honour in 2020 when named as the ‘Musician of the Year’ at the 23rd TG4 Gradam Ceoil Awards.

“It’s been a really magical experience,” said Orla Henihan, Arts Access Officer at the Linenhall Arts Centre, “and an honour to work with some of Mayo’s finest musicians to bring music, as well as plenty of chat, to older citizens as we gradually emerge from Covid restrictions. We’re hugely thankful to the team at Castlebar Social Services Centre for their support with the project, as well as our project partners Mayo Arts Office who have made the project possible.”
These visits mark the starting point of a Cultural Companions initiative involving Mayo County Council and the Linenhall Arts Centre.
Castlebar man John Hoban is a musician, singer, songwriter, and poet who has played and taught music all his life and has travelled all over the world with his music, playing alongside Irish music greats including Christy Moore and Sharon Shannon.
Laoise Kelly is one of Ireland’s leading traditional harpers. She has performed and recorded with the foremost artists in Irish and international music from The Chieftains to Kate Bush, as well as representing Ireland at the World Harp Festival in Paraguay. She has three critically acclaimed solo albums and is the director of the Achill International Harp Festival.
In 2020, the talented Laoise was awarded the TG4 Gradam Ceoil Musician of the Year.