Mayo ladies come from behind for dramatic win 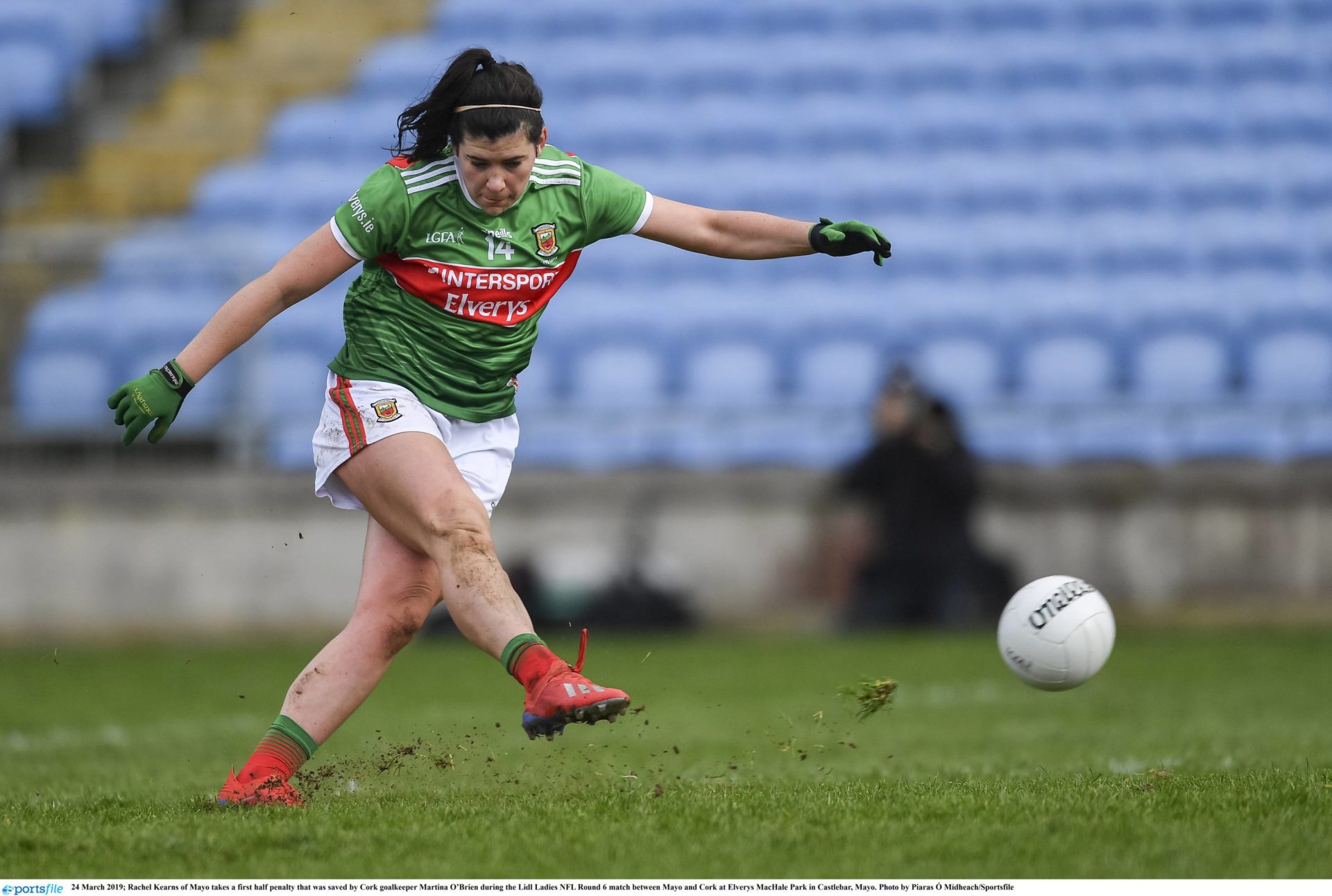 By Stephen Glennon at MacHale Park

Mayo’s second goal from a Rachel Kearns 55th minute penalty re-ignited her side’s challenge before Kearns and substitute Deirdre Doherty kicked two frees in the final minute to overturn an earlier six-point deficit and secure a dramatic 2-15 to 2-14 victory for the home side.

It was Mayo, boosted by the return of Fiona McHale and the Carnacon contingent to the squad, that made the better start in the contest, with Maria Reilly netting the opening goal on seven minutes. The score gave Mayo a 1-2 to 0-1 lead.

In the opening quarter, Kearns (free), Tamara O’Connor and Sinead Cafferkey were also on the scoresheet while a lethargic Galway kept in touch with points from Claregalway duo Andrea Trill and Megan Glynn.

It was a tentative opening from the visitors, but they began to find their feet in the second quarter and in the next ten minutes they outscored Mayo five points to two. The experienced Mairéad Seoighe tallied four of those – three from frees – while Nicola Ward scored the other after Charlotte Cooney stole a Mayo kickout.

However, Mayo finished the first half stronger with centre-half forward Shauna Howley kicking their last three points, two from play, and Michael Moyles outfit led 1-8 to 0-7 at the break.

A blistering third quarter, in which Galway struck for 2-4 without reply, saw Gerry Fahy’s charges race into a 2-13 to 1-10 lead by the 46th minute, with Kate Slevin shooting the Tribeswomen’s two goals. The first was a superbly taken penalty on 39 minutes followed by a fisted effort from play seven minutes later.

Also to the fore was Seoighe, captaining the side on the evening. She kicked seven points in all and looked set to guide Galway to an opening day win.

However, Mayo, roused by the introduction of Grace Kelly, rallied in the final ten minutes and, with Kearns leading the charge, secured new manager Michael Moyles his first victory.