Funding of €12m has been approved for an ambitious three-year airborne wind energy project in North Mayo.
The project is centred around the development of an airborne wind test site at Bangor Erris and is led by Mayo County Council working in partnership with RWE, Ampyx Power, Airborne Wind Europe and other organisations across Ireland, the United Kingdom and Europe. 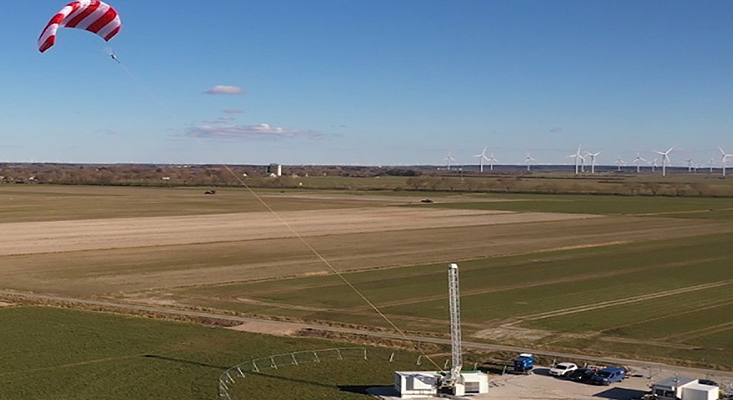 Funding for the project was secured from Interreg North West Europe to validate the effectiveness of airborne wind energy technology at a scalable commercial level, to accelerate the integration of the various systems and to test the endurance of the technology in real-time under real-world conditions.
The project will also create a regional supply chain architecture for the technology and enhance its investment potential through the demonstration of the technology at utility-scale power generation levels.
A spokesperson for the consortium said: “The European Commission has set ambitious targets for the EU to become carbon neutral by 2050. This will require a diverse range of renewable energy technologies operating in an integrated way to provide constant reliable energy.”
The spokesperson also noted that airborne wind energy has emerged as “a versatile and extremely efficient energy source”.
“This project will establish this innovative technology as a key energy source that will play a significant role in achieving renewable energy targets and assisting the transition from a carbon-based economy in Europe.”
Cathaoirleach of Mayo County Council, Cllr Richard Finn, welcomed the news of the project approval.
“We are delighted to be part of this consortium which is delivering such innovation in renewable energy.
“Not alone is it showcasing these exciting emerging technologies but the fact that Mayo has been chosen to host the test site also showcases our extensive renewable energy resources.”
Peter Duggan, interim chief executive at Mayo County Council, added: “This project, along with other renewable energy projects in North Mayo such as the Owenniny Wind Farm and the AMETS offshore test site illustrates the importance of the county in terms of renewable energy on a national and European Level. It’s another significant step towards a sustainable future for County Mayo.”