Have some GAA coaches lost the plot altogether?

I was sent the training programme of an inter-county footballer recently. It was given to them many weeks ago in the depths of lockdown and came with an irrefutable expectation that they must follow the programme, as Superintendent Ted Hastings might say, ‘to the letter’.
But at what price this player’s Line of Duty? 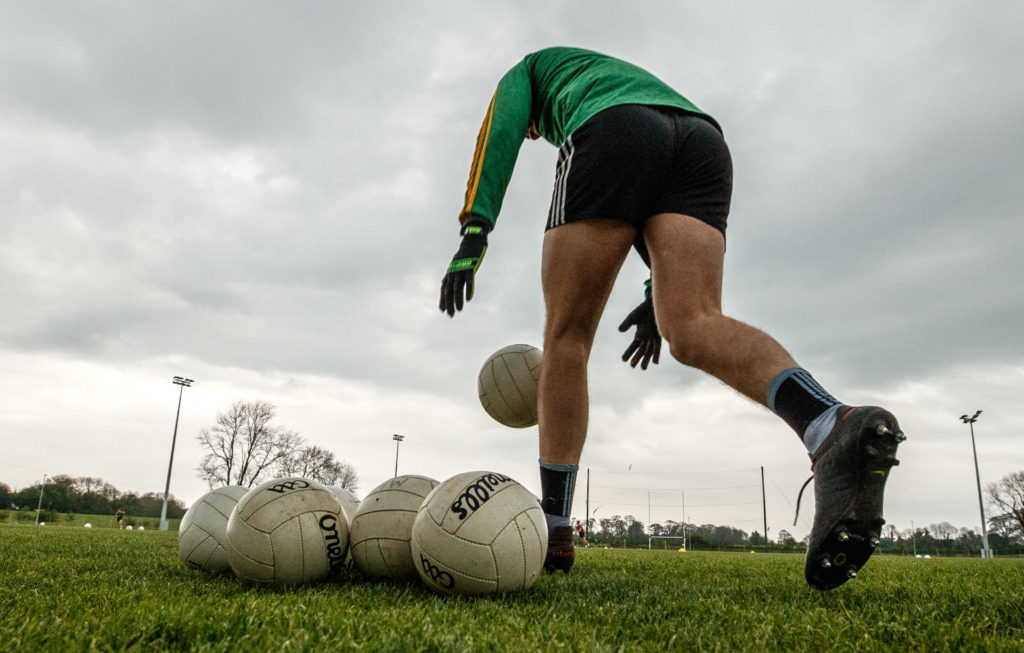 Senior inter-county GAA training has been back in full swing for a full month now. Picture: INPHO/James Crombie

The player was left under no illusion that the evidence of who had – and hadn’t – done everything physically expected of them remotely would be laid bare for all to see whenever it was the team finally congregated again for collective training sessions and that those players whose conditioning was not as management anticipated could expect a sharp consequence i.e. their place on the squad would be in serious jeopardy.
The training programme demanded something of the player on six out of every seven days and came complete with links to no fewer than 19 videos, each demonstrating how to perform a different physical exercise, be that a triceps dip, bicep curl, wall sit, single-leg deadlift, abs crunch, Russian twist, burpees, deadbugs (your guess is as good as mine), the bear crawl and the dreaded sideplank.
19 videos of how to inflict pain and misery upon yourself but not one about how to kick a football, straight or otherwise, or how to catch it, or pass it, nor how to block or tackle an opponent, all of which, I’m guessing, considering the inter-county player in question is a 13-year-old girl, is probably something that might come in quite useful whenever the competitive underage action does finally resume. It is, after all, Gaelic football she intends to play, not to sprint backwards up Everest before breakfast. 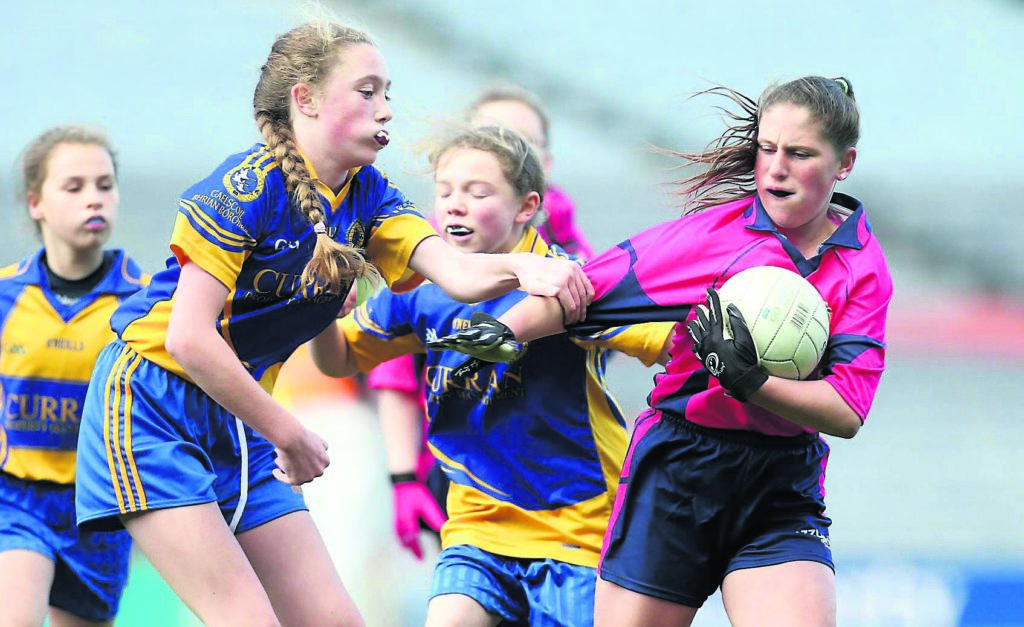 Greater debate is surely required surrounding the question of how much physical training is required compared to the spent working on the skills of Gaelic football – and that goes for underage and adult, and men’s and ladies teams alike. Picture: INPHO/Ryan Byrne

It was only on two out of the six training days that she was even asked to handle the round piece of leather after which the game is named yet throughout the five A4 pages stuck to the player’s bedroom wall there’s loads of talk about high knees, bum flicks, karaokes (no need for a microphone as this is a type of running warm-up drill apparently), inverted rows, inchworms and jumping Jacks. Perhaps it’s that the coach or coaches of this particular county team believe that at 13-years-old, every player already has all the technical skills they’ll ever need to play football?
For the record, the training programme presented to me relates not to Mayo but nor do I know if Mayo’s under-14 ladies footballers have followed something more or less strict during their own time in isolation. A problem for the GAA is that when one county hears what another is doing, as in the example given, they don’t feel it’s enough just to equal but go several steps further in order to try and gain a competitive edge.
It just seems to me that the balance is skewed so far towards the physical as opposed to the skilful, that the enjoyment that can be derived from playing the sport is at risk of being removed altogether. And if someone, young or old, doesn’t enjoy something, whatever that something is, is it realistic to believe they will stick with it?
Back in March, Sport Ireland released the findings of an extensive body of research it had commissioned, entitled ‘Adolescent Girls Get Active’. The project was designed to develop strategies that increase participation in sport and physical activity among teenage girls not only based on the challenges and barriers they face, but by identifying their needs and desires. I’d suggest that being flogged like a racehorse doesn’t rank too high among them.