Could the Moy be used to power Ballina?

A Ballina councillor has queried Inland Fisheries Ireland (IFI) as to whether the Moy and Brusna Rivers could be used to provide hydroelectric power. 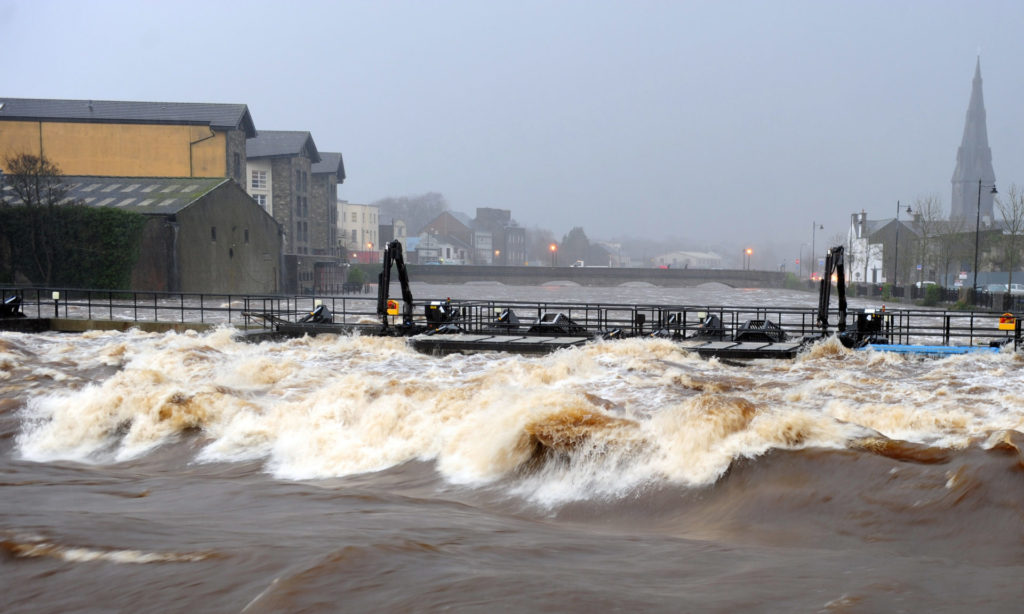 The River Moy in flood passing through Ballina. Could it possibly offer a source of sustainable energy? Picture: David Farrell Photography

At last week’s meeting of Mayo County Council, Cllr Mark Duffy said he felt there was huge potential on the two rivers to provide sustainable energy, so long as it did not disturb the natural course of the fish in the water.

Cllr Duffy also asked if a review of pollution could be conducted on the river Moy. He said the presence of sewerage and untreated waste in the river has been a concern of local fishers.

In response to his queries, Chief Executive Officer of the IFI Francis O’Donnell said both issues would be considered and examined.