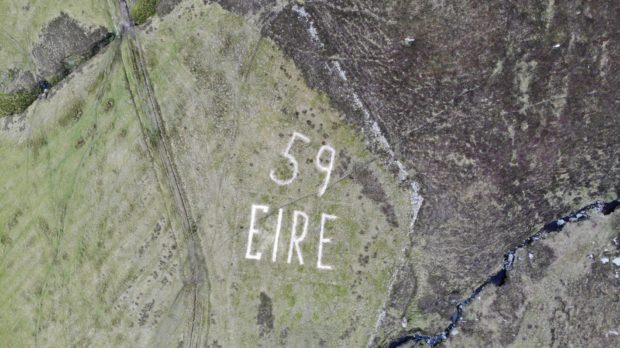 A piece of world history in the Achill area has been restored to its former glory thanks to the work of volunteers in the area.

‘ÉIRE 59,’ a marker at a Look Out Post (LOP) located in the Keem area of the Island was brought back to life by volunteers from the Dooagh Day festival group Brian and Patrick McNamara.

During the Second World War, 82 LOPs were set up by the Coast Watching Service at strategic locations from no. 1 at Ballagan Head in Louth to no. 82 at Inishowen Head in Donegal to monitor and record aggressive activity around the Irish coastline. No. 59 was based at Moyteoge, Keem Bay, Achill.

Work at this site included intelligence gathering, the noting of marine and aircraft activity and analysis to be shared with the Allied Forces. Markers, such as the restored EIRE 59 marker at Moyteoge were displayed to aid Allied pilots.

The Dooagh Day Facebook page has shared a video that can be viewed on their social media of the restored marker at Keem.