Mayo pyrite victims to take their campaign to the streets

People power is mobilising across North Mayo as pyrite-impacted communities unite with mica victims in Donegal to demand that the Government immediately revise its inadequate Defective Concrete Blocks remediation scheme. 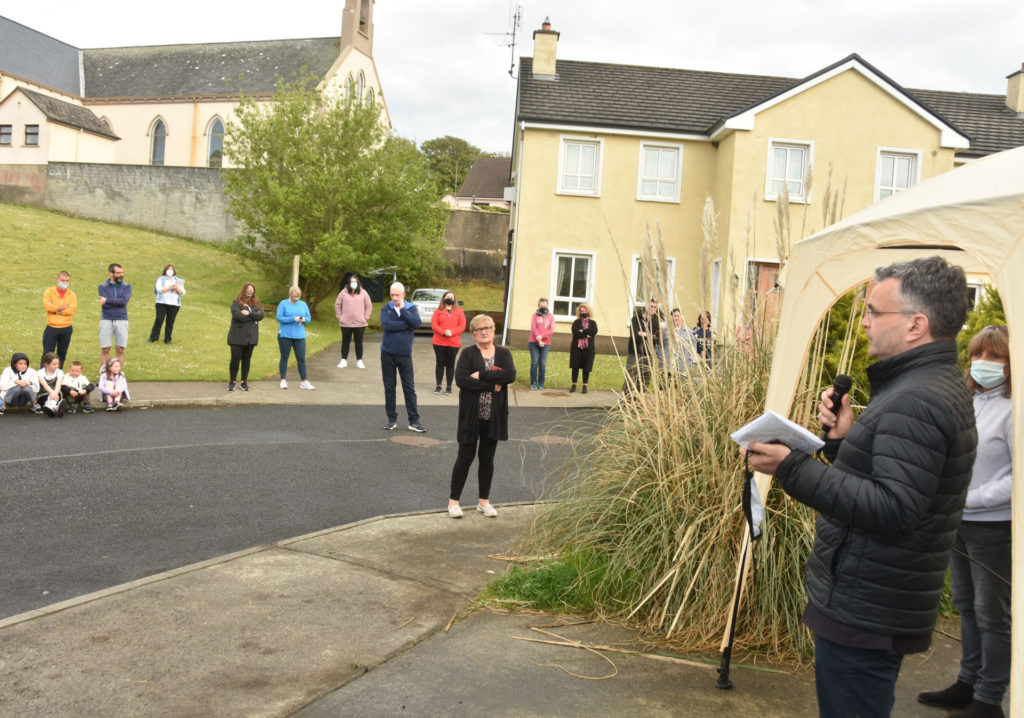 Residents of the Churchfield Manor estate in Killala listen to Dara Calleary TD at a meeting held last Friday evening out of concern for pyrite damage to their homes. Pictures: John O’Grady

A peaceful demonstration will be staged on all approach roads to Ballina at 2pm next Saturday, May 22 as impacted homeowners accelerate their campaign for 100% redress.
What was originally the Ballina Pyrite Group last week became the North Mayo Pyrite Group as more homeowners from surrounding areas join the campaign.
They want compensation and accountability for the fact that a seemingly regulated block-making industry somehow supplied pyrite-contaminated blocks to construct many hundreds of homes locally.
Local TD Dara Calleary met with impacted homeowners in Killala last Friday, May 14. 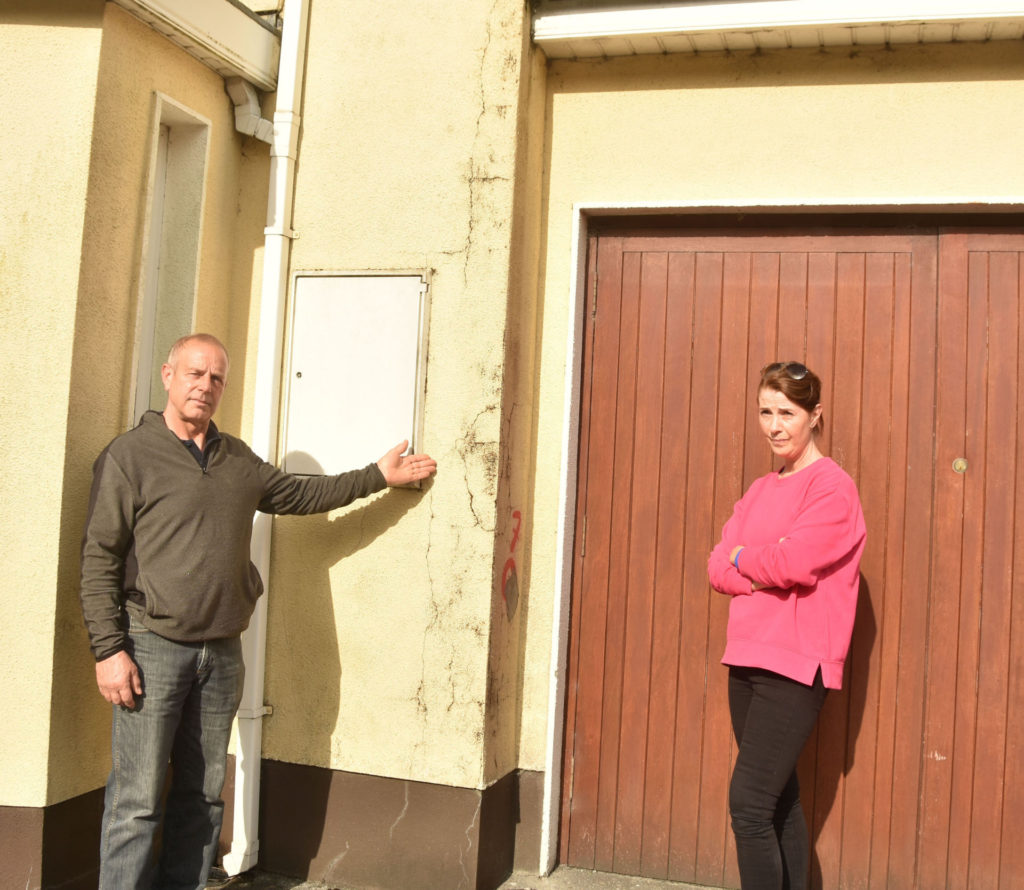 Mick and Helen O’Brien outside their pyrite-damaged home in Churchfield Manor, Killala.

Resident after resident stepped forward seeking answers from the TD for a litany of concerns relating to remediating their crumbling properties, the specifics of the Defective Concrete Blocks Scheme, frustrations and worries about Mayo Co Council’s administration of the scheme and the significant financial shortfalls facing successful applicants.
Barbara Clinton, who is an administrator of the North Mayo Pyrite Group, said: “The help we want is to see action now”, adding that the issue is not only impacting people’s homes but their relationships and mental health.
“We are paying the price for someone else’s recklessness.”
Deputy Calleary urged the attendance to continue to supply data in relation to the financial shortfalls of the existing scheme so that he can make a convincing case to the Minister for a more user-friendly model.
He said he continues to liaise with Mayo Co Council in relation to the processing of scheme applications as well as with financial institutions and the SEAI to address financial support and better energy upgrade provisions as part of pyrite remediation works.