With six goals from four games, Rachel Kearns was the outstanding candidate to pick up the first SSE Airtricity Women’s National League Player of the Month award. 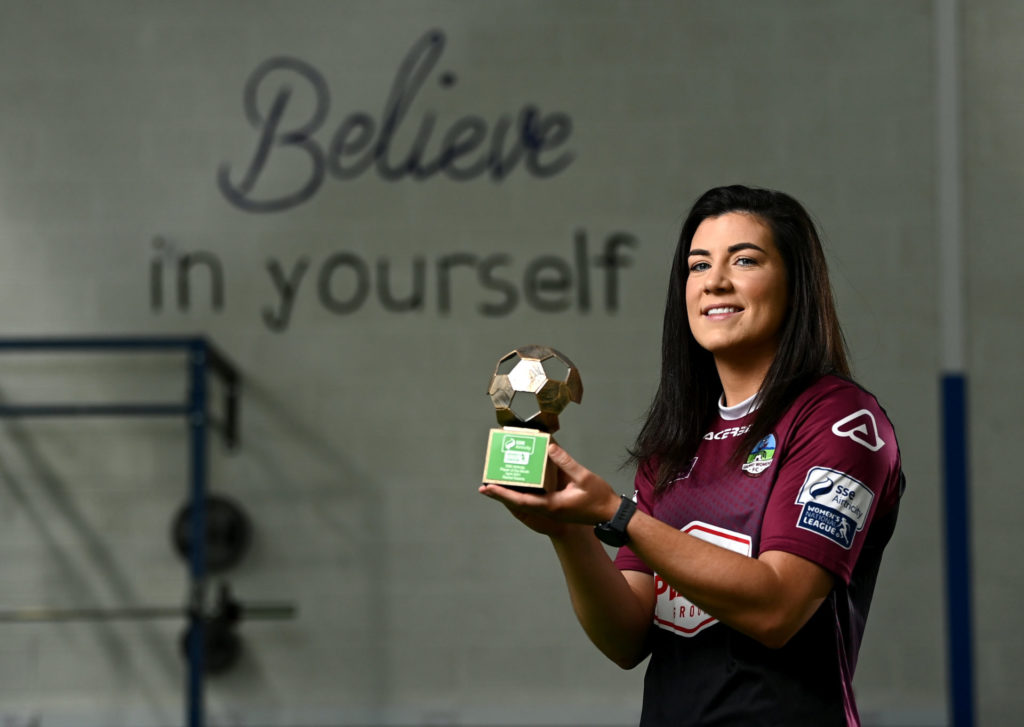 The Galway WFC forward netted a hat-trick in the season opener against Cork City before scoring in the games against Bohemians, DLR Waves and Treaty United.
Quite simply, the Mayo native has been phenomenal and it is no surprise that she is currently leading the Top Goalscorer chart. Not that she is taking anything for granted.
“I’m currently Number One in the Golden Boot race but at the start of the year it wasn’t even a goal,” admitted Kearns, who is also an integral member of the Mayo ladies senior football panel.
“I was just going out to see how I got on, I didn’t put any pressure on myself, I just going out to enjoy myself and play. But in the first game I happened to get a hat-trick so that got off to a good start and I was leading from the start. Then I got a goal in every game since I’ve played.
“It’s great to be Number One but some of the girls are catching up now, like Ellen Molloy is coming up now in second place. She will put it up to me. Hopefully when I get back (from injury) I’ll try and score a few more goals and see how it goes.”
Leanne Sheill, SSE Airtricity Marketing Manager, said: “Congratulations to Rachel on a fantastic start to the season. We are delighted to announce Rachel as the winner of the first SSE Airtricity Women’s National League Player of The Month Award.
“The commitment and quality shown by all players so far this season is a joy to watch and Rachel has really shown her excellence in front of goal to lead the Top Goalscorer chart.
“This is our first year as proud sponsor of the SSE Airtricity Women’s National League and we look forward to announcing many more Player of the Month award winners this season.” 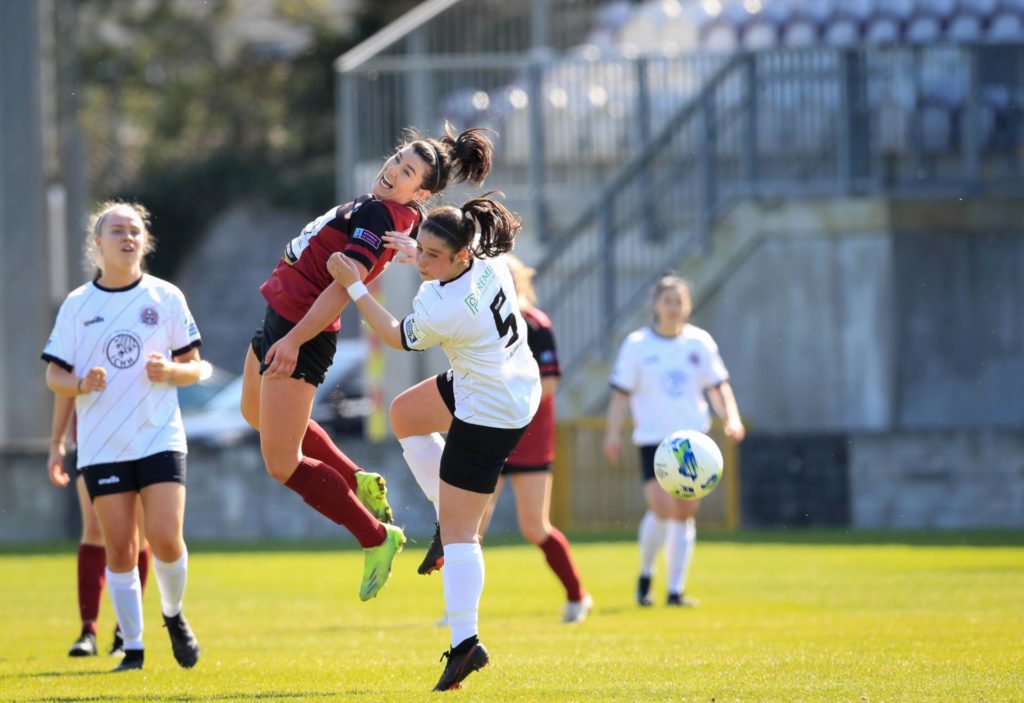 This is the first time that the monthly award has been supported by SSE Airtricity and Kearns, a native of Keenagh near Crossmolina, believes that the League sponsors have helped to elevate standards since signing up.
“It’s great that SSE Airtricity came onboard this year. They were the men’s main sponsor so it was great that they came on with the women’s side of things as well,” said Kearns.
“The publicity is great. They are on Twitter, Instagram, Facebook, everyone knows what every team is doing with the scores and all of the games ahead, so it’s brilliant that they are on-board and they are doing a really good job.”
Treaty United’s Aoife Horgan and Wexford Youths’ Ellen Molloy finished second and third respectively in the voting process.