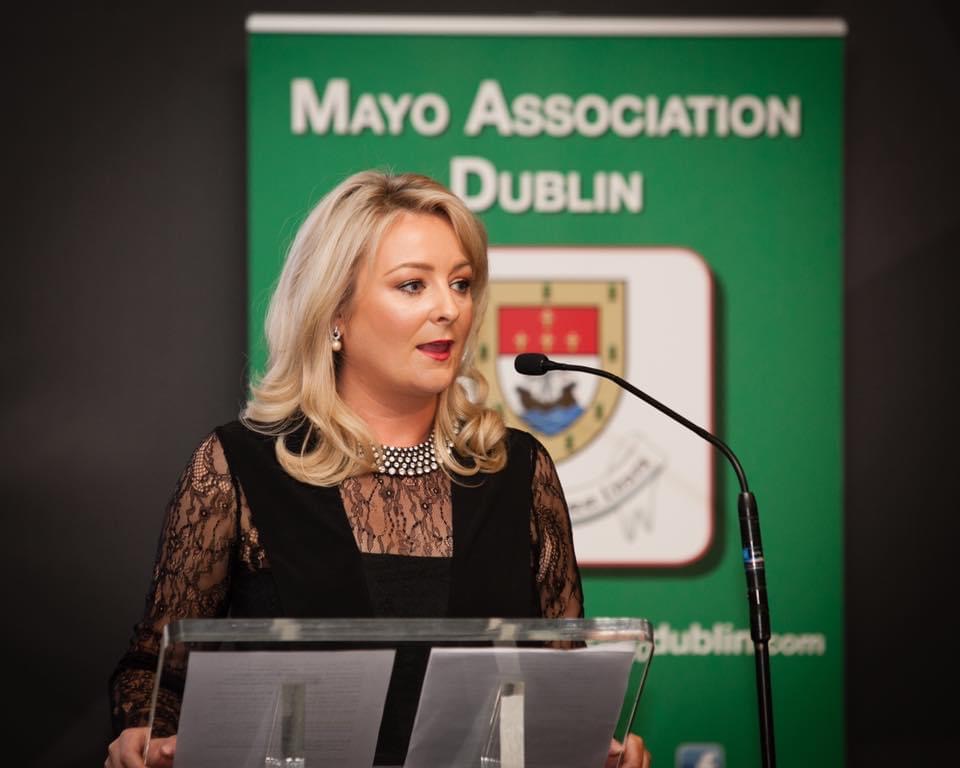 Bernardine is the sixth female chair since the association’s foundation in 1905. She is the daughter of Mary MacBride and Seamus Walsh of The Old Rectory, Westport. Bernardine works as a senior executive in the Construction Industry Federation (CIF) and resides in Dublin with her husband, Galway man, Adrian Cummins, who is the chief executive of the Restaurants’ Association of Ireland. 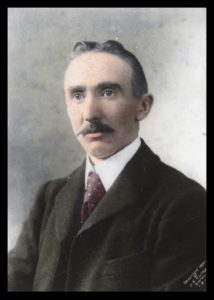 Major John MacBride was one of the founders of the Mayo Association in Dublin.

Bernardine’s heritage runs deep in the Mayo Association as her great-granduncle, Major John MacBride, was one of the founding fathers of the original Mayo Men’s Association in 1905. He was the first president and a major subscriber to the funds of the Association in those early days.

Noted for his charity, Major MacBride organised the West of Ireland Famine Relief Fund in 1897. He was commissioned with the rank of Major in the Boer Army and given Boer citizenship.

Born and bred at The Quay, Westport, he married Maud Gonne in 1903 after his return to Ireland as a hero of the Boer War. In fact, there is a double connection. Maud Gonne’s half-sister Eileen Gonne-Wilson married the Major’s brother Joseph MacBride (West Mayo TD in the first Dáil), who is Bernardine’s great grandfather.

Bernardine says it is a huge honour to be elected chairperson and she is proud to continue in her great granduncle’s footsteps. She paid tribute to fellow committee members who paved the path for her journey through the association.

Two other ladies and long-serving committee members have also taken positions at the Dublin Association’s top table – Ballina native Mairead Kenny will take over as Honorary Secretary and Swinford’s Maeve McLoughlin is the new treasurer. Lifelong committee member and chairman in 1989 and 1990, Noel Howley, remains loyal to the association and joins the team of officers as the Public Relations Officer (PRO). Together with Teresa Ruddy (Vice Secretary), Paraic Joyce (Vice Treasurer), Fr Gerry French (President), Paul Sammin (Vice President) and Frank Fleming (Honorary Life President), this completed the election of eight new officer positions for the next term.

The Association thanked the outgoing chairperson Michael Kealy (Newport) for his hard work and dedication over the past two years and wished him well with all future endeavours. It was noted that Bernardine’s experience in the past two years as Honorary Secretary (and previously as PRO in 2016/2017) will stand to her as she moves into the chairperson’s seat.

Deceased members involved in the Mayo Association Dublin down through the years and who have sadly departed were sincerely remembered at the AGM, namel Padraic Melvin, Sean Madigan, Tom Brennan, Joe Jennings and Val Gunning, former Mayo Person of the Year and husband of committee member, the late Sheila Gunning.

The Mayo Association remains the largest and best-supported association nationally and internationally. The Association is open to those of Mayo origin or of Mayo parentage living or working in Dublin. New members are always welcome. Keep abreast of upcoming events via Facebook or by visiting www.mayoassociationdublin.com.