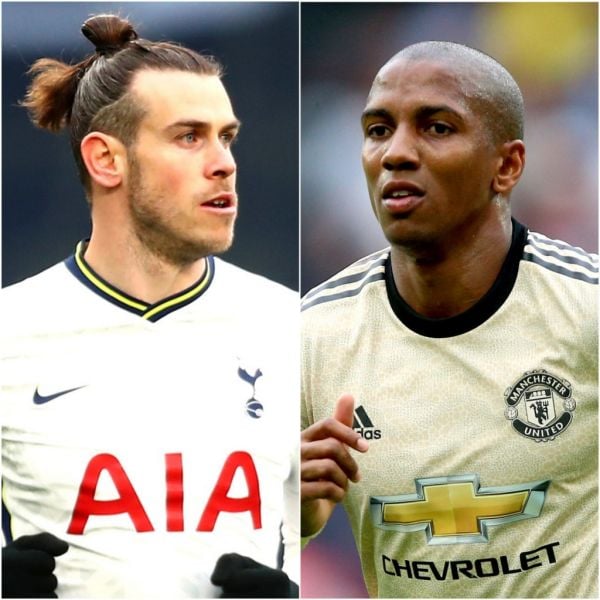 The next person in the Tottenham hotseat will be given the option to retain Gareth Bale into next season, the Daily Mail says. The club are currently without a permanent boss following the sacking of Jose Mourinho, but the club’s leadership will allow his successor to continue the 31-year-old’s loan deal from Real Madrid.

Watford, who have gained promotion to the Premier League, are keen on bringing Ashley Young back to Vicarage Road, the Watford Observer says. Young, 35, started his career with the Hornets and has been at Inter Milan since 2020.

Romelu Lukaku could be leaving the recently-crowned Serie A champions Inter Milan over the summer, with the striker said to be a target for Chelsea and Manchester City, The Sun says.

Aaron Ramsdale is in the sights of Burnley, with the Sheffield United goalkeeper considered a good replacement should Nick Pope leave the Clarets in the summer, according to the Daily Mirror.

Newcastle want to finalise a new deal for Fabian Schar before the Swiss defender heads to the European Championships this summer, writes the Northern Echo.

The lie about Achraf not wanting to return to Real Madrid 🧐https://t.co/Vz1iGU3YMR pic.twitter.com/HsTqyBh9h9

Borussia Dortmund will be open to sell Sancho in the summer if the ‘right bid’ will arrive, after one year ago he was one step away from joining #MUFC. 🚨

BVB will be asking less than €120m to let Sancho leave this year – but… no late bids at the end of the window. 🟡⚫️ #BVB

Jesse Lingard: Ligue 1 outfit Nice are keen on signing the Manchester United midfielder after failing to bring him in on loan in January, says Calciomercato.

Robert Lewandowski: Bayern Munich are being pressured to give the striker a new deal amid reports he could be interested in heading to the Premier League, according to Bild.