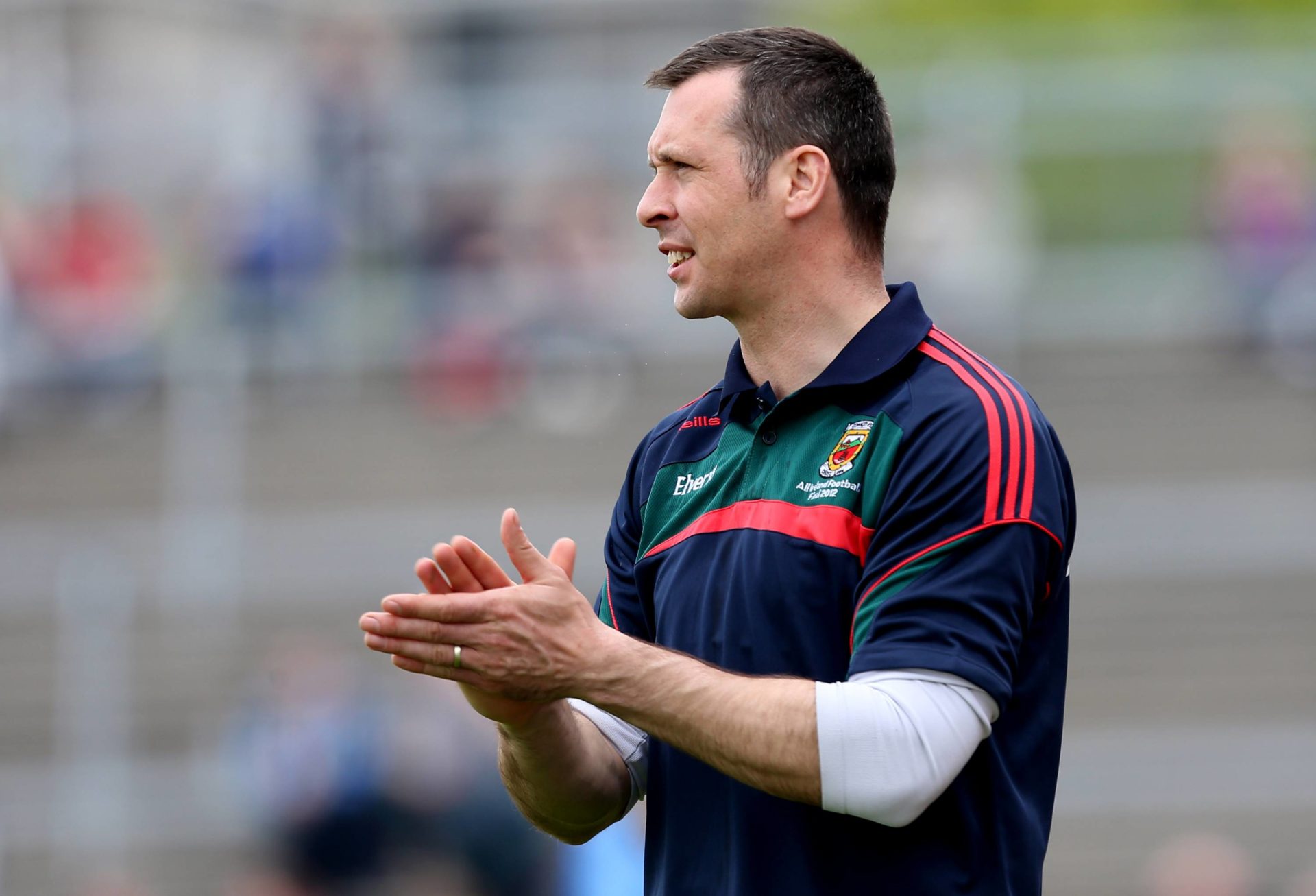 Staunton, who was selected on the AFLW Team of the Year earlier this month at the age of 39 after a stellar season with the GWS Giants, confirmed recently that her time with Mayo is over and she will not rejoin the panel this year. A number of Staunton’s Carnacon clubmates, including All-Star Fiona McHale and Amy Dowling, have joined up with Moyles’ squad, having been in exile from the county team since the acrimonious split in the camp in 2018.

The Mayo ladies returned to collective on-field training last Wednesday for the first time since Moyles was ratified as the replacement for Peter Leahy earlier this year.

“I’ve known Cora for many years, since I was in coaching the ladies before, and I’ve had conversations with Cora. I think at this stage people should respect what Cora has done for Mayo and respect that she has made her decision,” said Moyles last week.

“If you look at it, she has a professional career in Australia too and she has to protect that. Coming home and putting her body under the stress of playing two different codes – that may shorten her professional career. People have to respect that.

“I have massive respect for what Cora has done and I’d always pick up the phone if I thought there was something I needed from Cora, to ask her a question or whatever.

“There was no question of her thinking it was something she wouldn’t be allowed into or be a part of. It was just that she made a decision for her and I can fully respect that. I can understand the reasons for it,” he continued.

Moyles said the players who have joined the panel from the 21-time county champions Carnacon – McHale, Dowling, Sadhbh Larkin and Saoirse Walsh – will be a significant addition to his squad.

“(McHale) had a very good year last year with the club, as did the other girls we’ve asked in,” he offered.

“In the panel as a whole, there’s a good mixture. We’ve brought in three or four girls from the minor set-up last year to give them experience there. Our age groups are from 19 to 34 or 35 so there’s a mixture there, a nice bit of experience as well.

“I know some people were saying, ‘once you get this girl back or that girl back, everything is going to be fine.’ But team dynamics can be difficult and it takes time to gel. The only place you can do that is on the field.

“We just want to get that as quickly as possibly, get them used to playing with each other. It’s a brand new panel and we need to see where we can go with it.

“They’re a great group. The engagement has just been colossal, on anything that we’ve done. Even on the optional things, the girls have just eaten it up. I know that’s going to continue on the field and I hope that enthusiasm and commitment transfers onto the field for them.” 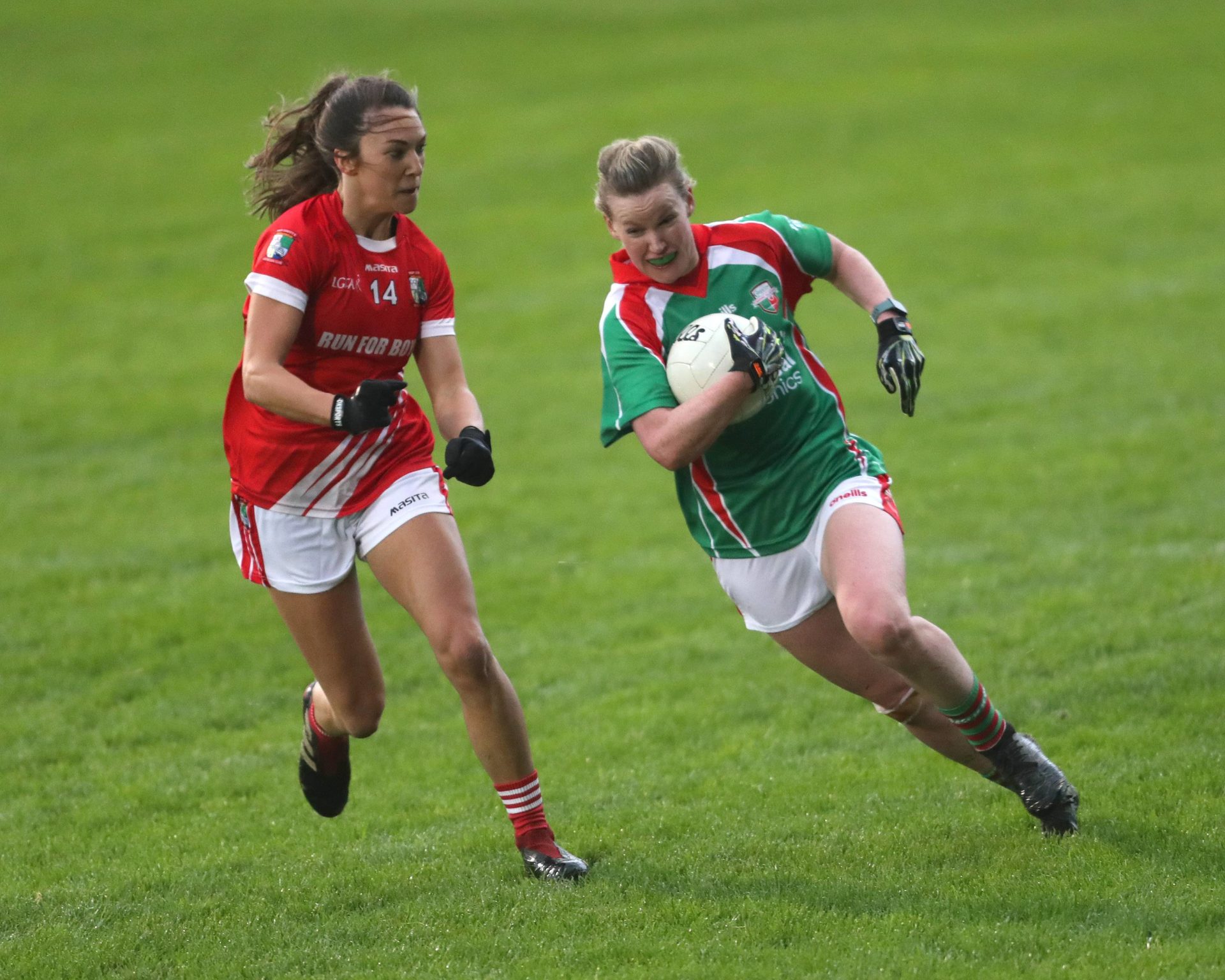 Carnacon’s Fiona McHale takes on Niamh Kelly of Moy Davitts during last year’s Mayo LGFA SFC final. The two will line out alongside one another for the county team this year. Picture: Michael Donnelly

Mayo have been drawn in Division 1A of the condensed LGFA National League. They will take on Galway on May 23, Donegal on May 30 and Westmeath on June 6.

Moyles said preparations for the season can begin in earnest now that collective training is permitted and that Mayo will be going into every game this year aiming to win.

“We’ve done our bit of prep in the background, as much as we could do. Everybody is different, but I suppose with the teacher head on me I was trying to collate all the resources we had as a management team and get them out to the girls,” he said.

“I felt they were open to that and we did a good bit of stuff over the last few weeks but you can’t beat being on a field. That’s what they’re good at and that’s what we feel we’re good at as coaches.

“We don’t have much time to get to know each other before we hit into the red heat of battle.

“But we’re looking forward to it. This year is going to be a learning curve but the best time to win anything is the first year. We’re going to be going out to try to win every game but also with an idea in mind for the future as well.”