St Mary’s students are taking on the Mini-Marathon challenge 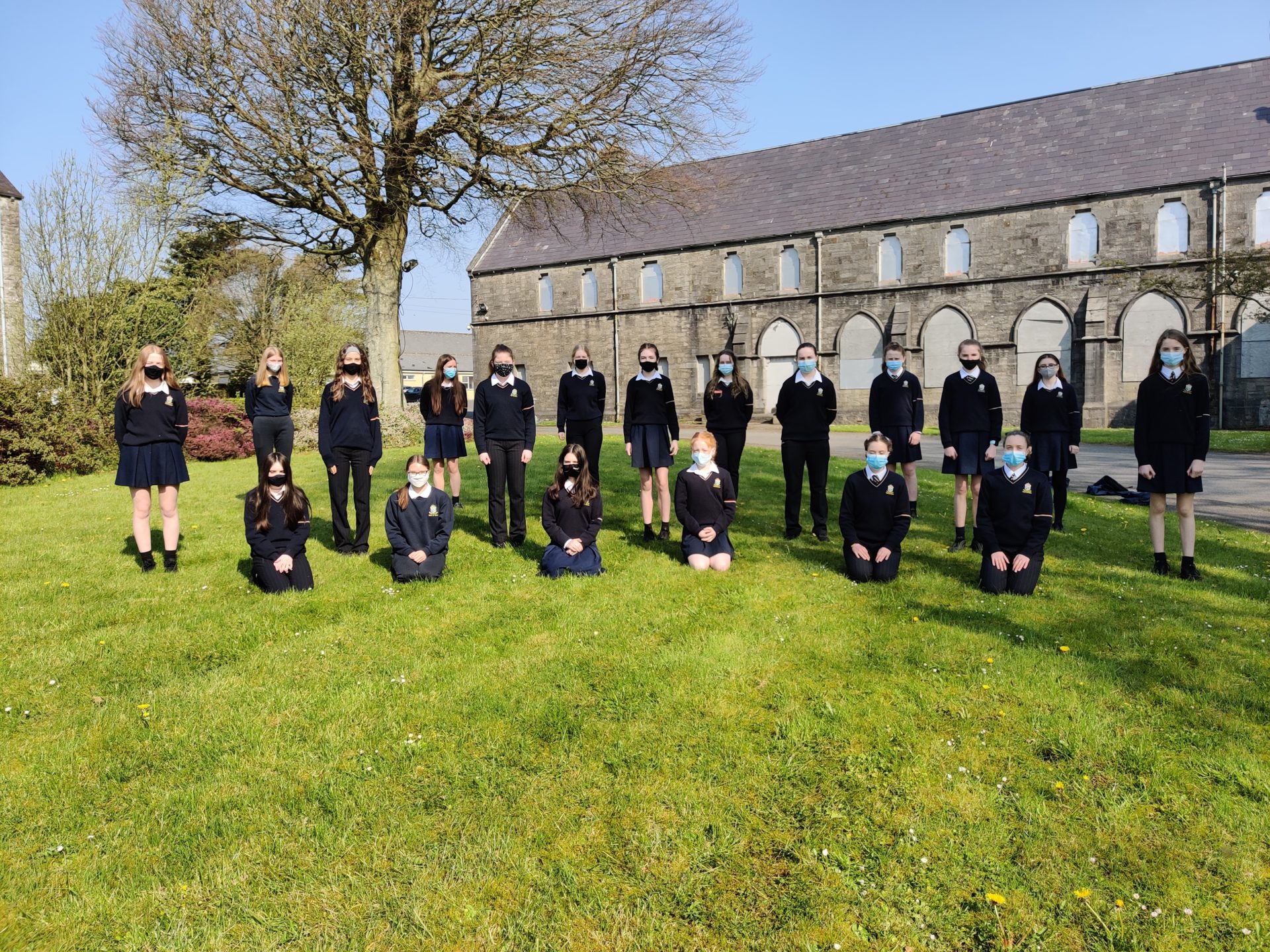 The students of St Mary’s Secondary School in Ballina are taking part in the It’s For Girls initiative in this weekend’s virtual West of Ireland Women’s Mini-Marathon.

The last year has seen school sports effectively grind to a halt. Even now, with schools tentatively reopening for the last few weeks of the term, organised sport within Irish secondary schools is pretty much a non-runner.

While it might be an unavoidable consequence of the pandemic and the lockdowns, the absence of organised sport amongst teenagers has been sorely felt. But events like the West of Ireland Women’s Mini-Marathon, and its partnering It’s For Girls initiative, are helping secondary-school girls around the county to remain physically active by giving them a fixed target toward which to work.

St Mary’s Secondary School in Ballina is taking part in the It’s For Girls initiative for the very first time this year. One of the driving forces behind the Convent’s involvement in the event is Shauna Kearney, a PE teacher in the school.

Shauna said that she identified the Mini-Marathon as an ideal way to keep her students active and engaged while they were learning from home.

“Obviously they’ve been missing out on a lot of PE with the break from school and remote learning,” said Shauna this week.

“So I thought it would be a nice idea. Because it’s encouraging the girls to get active but it’s not forcing them to necessarily run it; it allows them to do whatever physical activity suits them but also encourages them to be active.

“That’s why I said I’d promote it in the school. It’s a really nice idea and it’ll give them something they’ll be able to look forward to and work towards, through the school.

“Obviously with Covid there has been no team sports going on, and there hasn’t been any opportunity this year for the girls to represent themselves through the school.

“I thought it would be nice for the girls who are into running or those who just wanted to improve their fitness a little, to give themselves a target of being able to do the virtual 10k,” she continued.

Shauna, along with her fellow PE teachers Ciaran Allen and Annette Leonard, has assembled a group of 18 girls from Second Years to Sixth Years to take part in the It’s For Girls 10k this weekend.

Training has not been as easy as normal, but Shauna has been able to keep her students focused and moving through their training regimens over the last couple of months to get them ready to run. She has been conducting training over Teams, working through specifically designed eight-week training plans tailored for girls who want to run, jog or walk the distance, depending on what feels comfortable to them.

“It would be ideal if you could take them after school once a week and try to train them up, but we obviously can’t do that with Covid,” she offered.

As a PE teacher in a girls’ secondary school, Shauna knows better than most how easily teenage girls can drop away from organised sport, particularly given the lockdown and the relative absence of sporting outlets for much of the last year.

She said initiatives like the It’s For Girls and the Mini-Marathon are important because they give girls a target to aim for and encourage them to stay active. She’s also putting her money where her mouth is and preparing to take on the 10k herself.

“It is known that there’s such a high dropout rate in team sport, but I think the main point of emphasis for anyone, not just girls, is to keep physically active throughout your whole life,” she said.

“Competitive sport is great but there is such an importance and benefit from regularly participating in physical activity, whether that’s just going for a walk, a cycle, a jog, whatever you’re into.

“That’s why I like the Mini-Marathon so much, because I know it’s not competitive – it’s about trying to encourage the girls to become active. When they get to that stage in life, around the age of 15-plus, it’s really important for them to figure out what physical activity they enjoy.

“This year, Ciaran organised a pilates instructor to come in for the Sixth Years. That was something they wanted and we felt they would enjoy, because it’s a slower-paced form of exercise.

“It just helps to relieve their stress and to show some of them that you don’t necessarily have to be kicking a football or running 10 kilometres to be physically active; there are so many different ways to do it. It’s so important to promote movement,” Shauna concluded.

The 2021 Mayo.ie Western People virtual West of Ireland Women’s Mini-Marathon takes place this weekend from May 1 to May 3. Participants are encouraged to submit their times to myrunresults.ie and to submit a post-race picture of themselves to [email protected], or to post their pictures on social media using the hashtags #woimm or #mayoday. Any runner who submits their time and picture will be entered in a draw for prizes worth €1,000.