Ballina lost a true and loyal servant at the weekend when local man, Kevin Clarke, passed away at University Hospital Galway, following a short illness.

Kevin, of The Commons, Ballina, was an employee of the RSA. 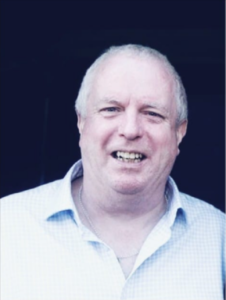 The late Kevin Clarke will be laid to rest this Wednesday, April 28.

He was held in high regard and universally respected as a true gentleman by all who knew him.

So many were lucky enough to have counted him a friend, thanks to his selfless volunteerism and support for his home community through so many local events over the years.

Kevin is perhaps most readily associated with Ballina Salmon Festival. He played an active role in the coordination and operation of the mammoth annual event and associated fundraising for over three decades.

He held key positions on the festival committee throughout that time including festival chief steward and festival vice chairperson.

The festival committee paid heartfelt tribute to its dearest friend and invaluable member on social media yesterday morning, April 25, noting how the fun-loving Burnley FC fan was to the forefront of the great craic and enjoyment behind the festival as well as all late nights and early mornings of hard work.

Predeceased by his beloved mother Margaret less than a year ago, Kevin is deeply regretted and dearly missed by his heartbroken father Tommy; sister Geraldine and her partner John; his loving partner Lorraine and her family; his niece; nephew; grandnephews; aunts; uncle; relatives; neighbours; colleagues and many, many friends.

His funeral cortege will leave McGowan’s Funeral Home on Emmet St on Wednesday, April 28 at 1pm to arrive at St. Muredach’s Cathedral for Mass of the Resurrection at 1:30pm with burial afterwards to Leigue Cemetery.

The funeral mass will be private to family only but can be viewed live on the website www.ballinaparish.org

May Kevin rest in peace.