Sheridan Bursary has supported our best and brightest athletes

The close of applications for the 2021 Martin Sheridan Bursary Scheme has been extended to April 30.

The Bursary is intended for sportspeople who have excellent potential, outstanding ability and the desire to perform at the highest level possible in their chosen sport, and have the potential to bring recognition and success at national and international level to Mayo.  Applicants must be natives of County Mayo. The award is designed to assist in the cost of education, training, travel and equipment.

In 2020, five outstanding athletes were recipients of the Martin Sheridan Bursary. Each received a portion of the €5,000 fund made available by Mayo County Council to go toward their training and competition. These are their stories. 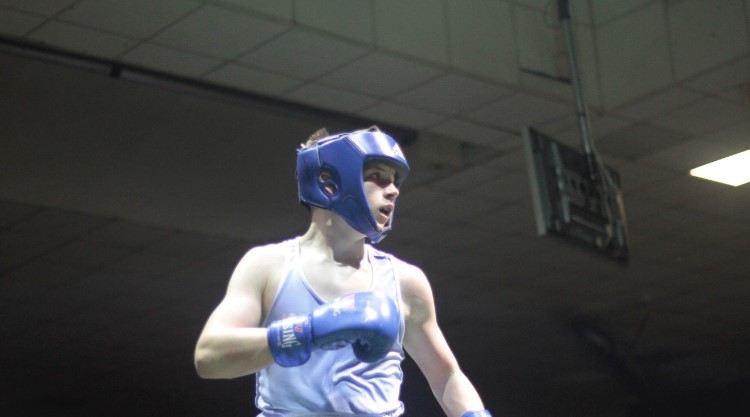 Eóghan Lavin from Castlebawn, Midfield is a fifth-year student in Scoil Muire agus Padraig in Swinford and a member of Ballyhaunis Boxing Club.

Eóghan began boxing when he was eight years old and was taking part in competitions at the age of 10. To date, he has competed at county, national, European and international level and is an IABA European silver medallist.

He competed with the Irish team in an Ireland v USA International Tournament in New York in 2019, winning gold. He has numerous club tournament wins, six county champion titles, six provincial titles and seven national titles. He was the recipient of a Western People Sports Star Award in 2019.

Eóghan is a wonderful ambassador for his club, county and country and his love and dedication to the sport of boxing is evident in the standard he has achieved at such a young age. Eóghan has a bright future ahead of him and we look forward to seeing him go even further than he has already.

Hazel Finn from Cordarragh, Kiltimagh is a student of St Louis Community School, Kiltimagh and a member of the Maree Basketball Club in Galway. She is currently playing in the Super League with the club.

Hazel is part of the under-18 Irish basketball squad. She has also been a member of the Mayo minor football team, winner of an All-Ireland medal in handball and has played the AICC Club Championships in 2016, 2017 and 2018. 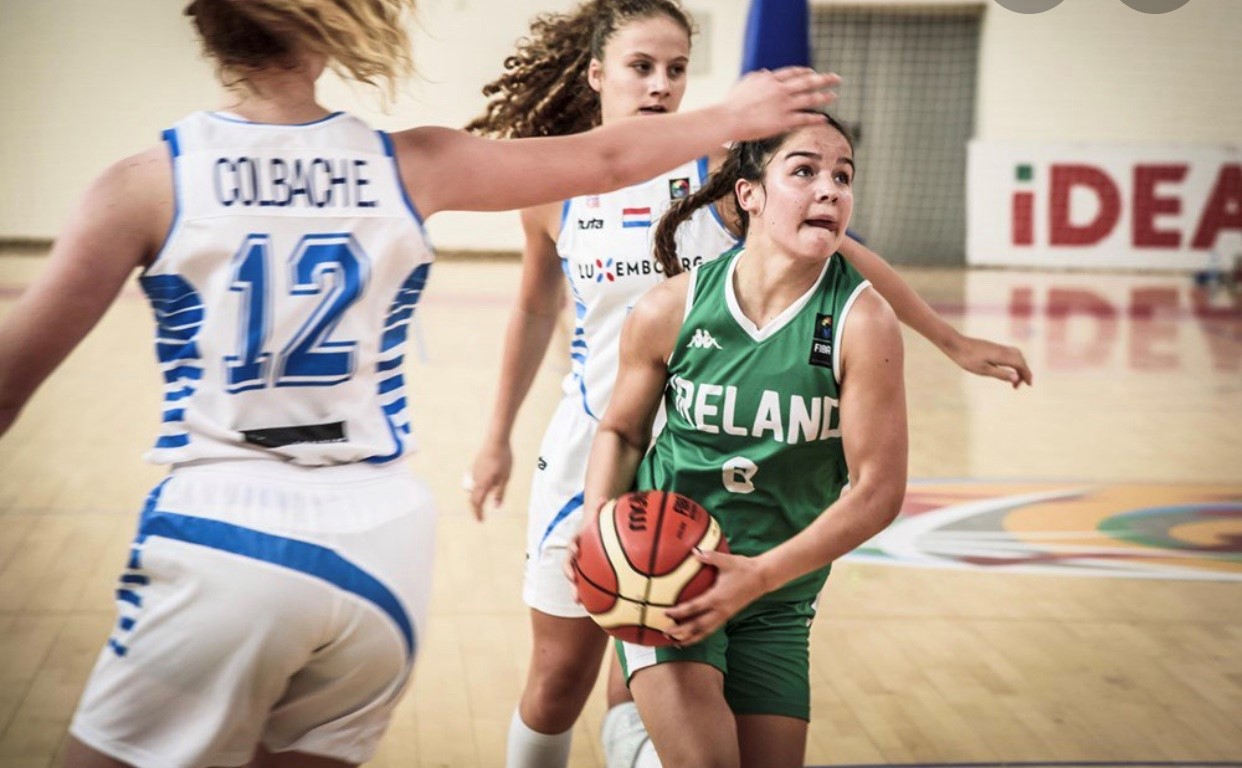 Hazel Finn in action for the Irish under-18 basketball team.

Hazel was due to play at the European Championships, which were to be held in Austria in July 2020, but have now been postponed to 2021. She has played in tournaments in Iceland, Belarus, Luxembourg and Scotland.

She played in Montenegro and Bulgaria in the European Championships in 2018 and 2019. Hazel is an all-round athlete who is very dedicated to her sports, especially basketball. She was awarded €500.

Hugh Armstrong from Liosdubhóg, Knockmore is a trainee accountant in the GPO in Dublin and has been a member of the Ballina Athletics Club since he was ten years of age.

He returned to Ireland in 2019 and focused on marathon running. In 2019 he ran the fastest marathon ever run by a Mayo or Connacht athlete in Dublin. In February 2020 he improved on this time in the Seville Marathon and went within a minute of the Olympic qualifying standard. Hugh was awarded €500.

Niamh O’Neill from Woodpark, Ballyhaunis is a Leaving Certificate student in Ballyhaunis Community School and is a member of St Colman’s Athletic Club in South Mayo.

Niamh is an all-round sportswoman, taking an active interest in boxing and Gaelic Games but her first love is athletics. She has been competing since the age of 9 and in that time has won 44 All-Ireland medals in both indoor and outdoor championships while representing her club and school. 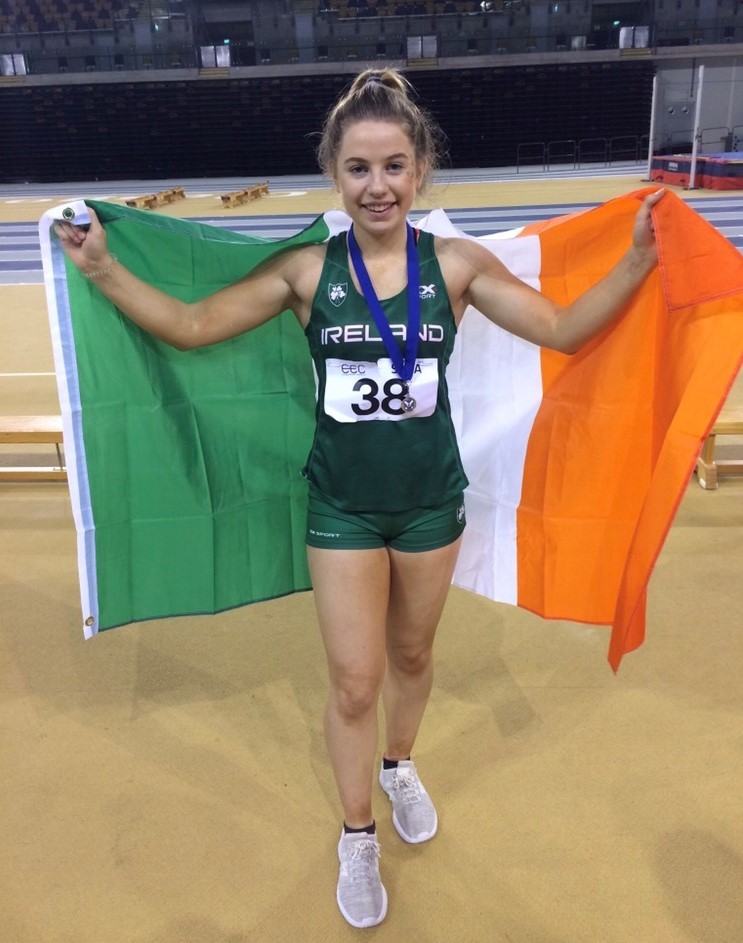 She is a member of the Connacht High-Performance Athletic Squad and has competed at the National Track and Field Indoor and Outdoor Championships, the Irish Athletic National Finals, the Interprovincial Tailteann Games and the Secondary Schools International Combines in 2016, 2017 and 2018.

Niamh set a national record in the 2015 All Ireland Schools Minor Girls Long Jump with a Jump of 5.29m, which won her an Interprovincial medal.

Niamh hopes to pursue a career in PE and Maths and there is no doubt that she will continue to attain a high level of success in both her sporting and occupational life. Niamh was awarded €2,000.

Roisin Murphy from Drumcorrabawn, Breaffy is a fifth-year student in St Joseph’s Secondary

School in Castlebar and has been a member of Castlebar Tennis Club since she was five years of age.

Roisin has represented her club at both national and international level and has played eight  International ITF’s along with Junior and Senior National Indoors, National Matchplays and Junior Lawn Tennis Championships. 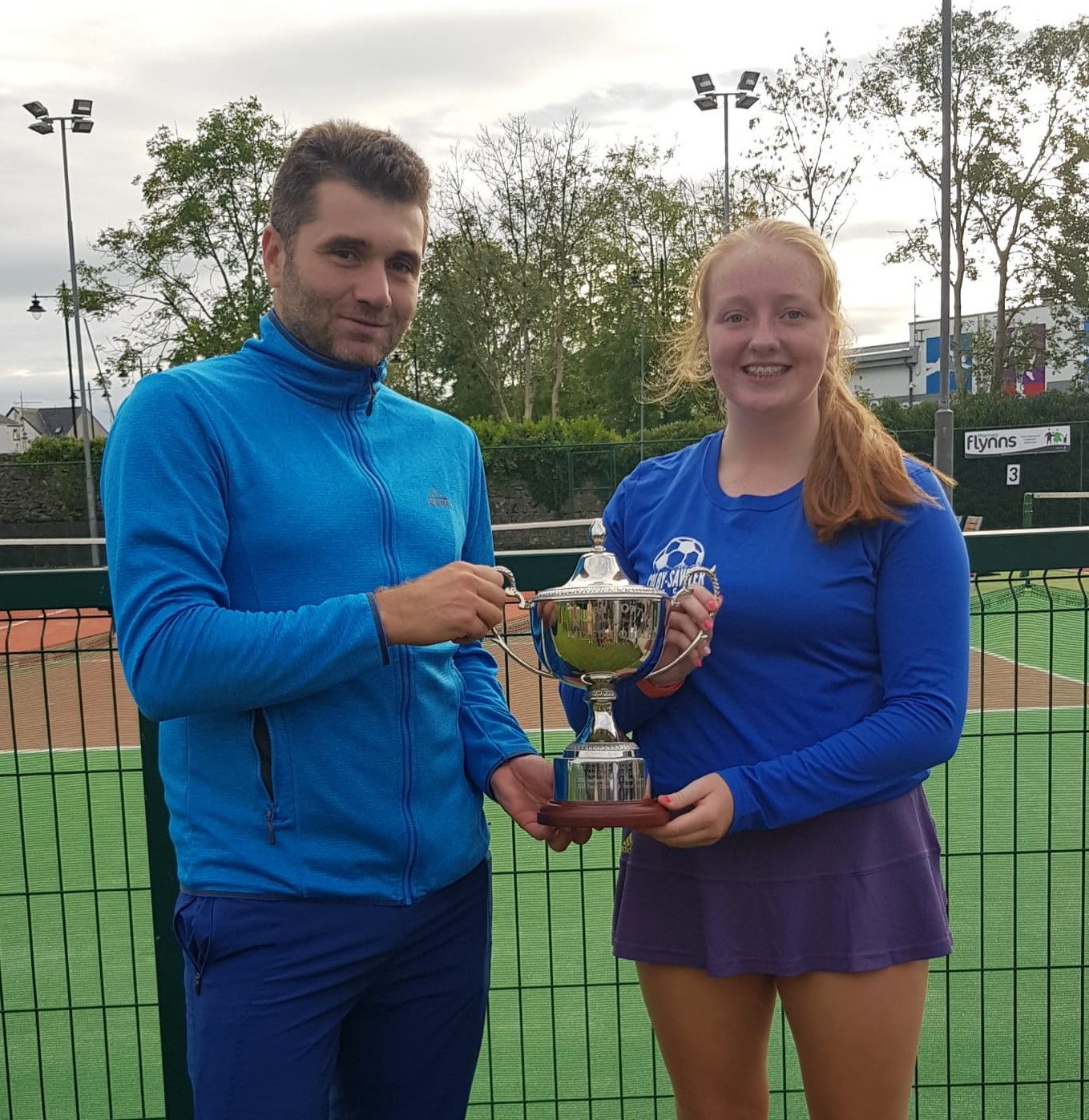 Róisin is part of the Connacht Squad and is being coached by National Performance Director; Garret Barry. Roisin’s dream is to get a scholarship to the US and to become No. 1 nationally in what is a very competitive individual sport. Roisin was awarded €500.

Applications for the 2021 Martin Sheridan Bursary scheme, in partnership with the Western People, are now open.

The scheme is designed to financially support young sportspeople who have demonstrated outstanding ability and the potential and desire to perform at the highest level possible in their chosen sport. A sum totalling €5,000 has been allocated from Mayo County Council to go toward the bursary scheme.

Please note that entries that were unsuccessful in their previous applications for the Bursary are entitled and encouraged to reapply. Many excellent applicants were not selected in recent years due to the exceptional standard of entries received.

Nominators should aim to put forward a complete and concise application for their chosen nominee. Application forms and more information can be found at  https://www.mayo.ie/news/martinsheridanbursary2021

The closing date for applications is Friday, April 30.