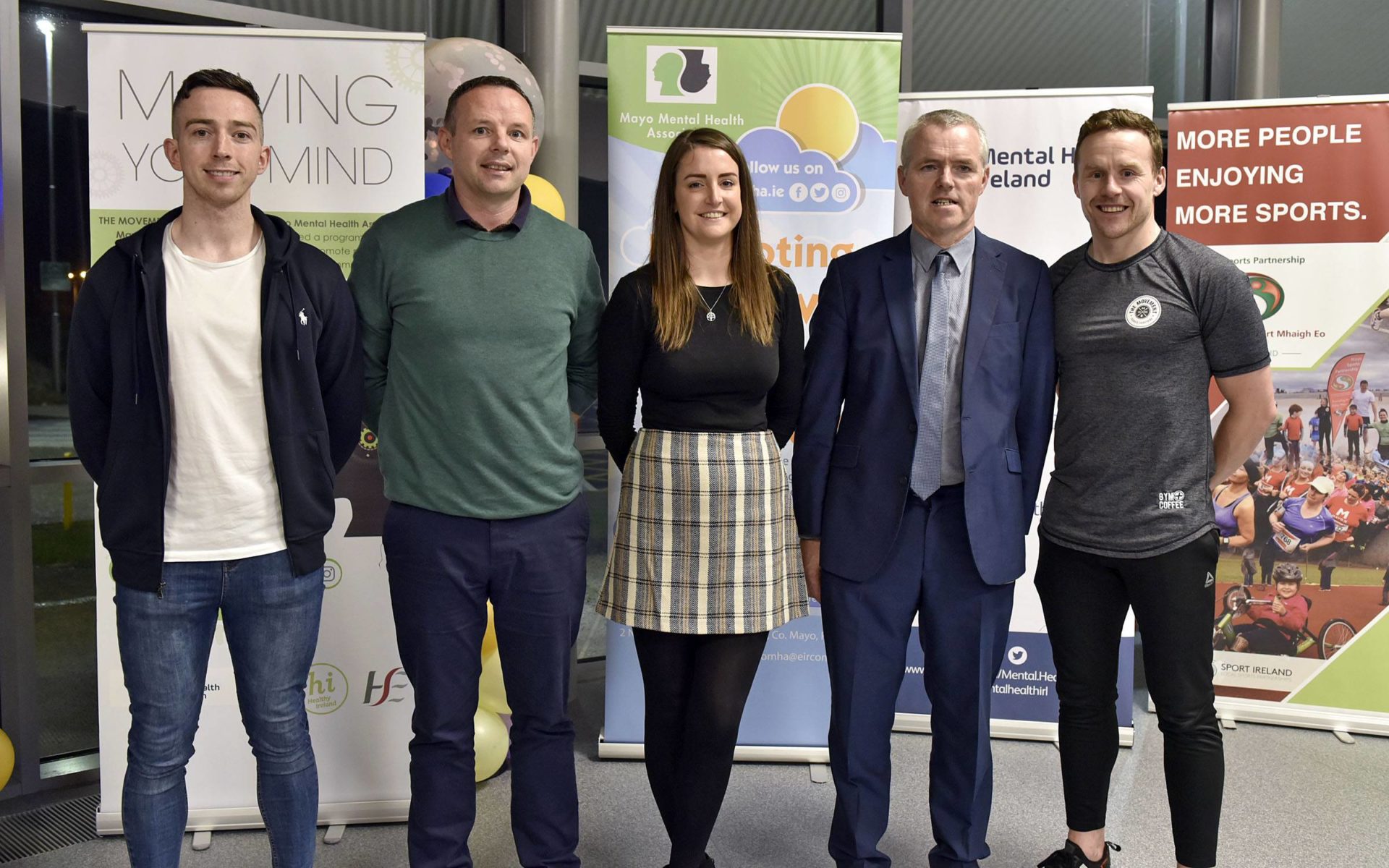 The disruption caused to the lives of our young people, and the lasting effects the last 12 months will have on their development, will take years to properly quantify and examine. That’s according to Niall Dunne, chairman of the Mayo GAA Health and Wellbeing sub-committee who has seen first-hand the difficulties with which GAA members in Mayo, particularly young people, have had to cope this year.

Parke clubman Dunne works with the Mayo Mental Health Association, whose mission involves working closely with secondary-school students around the county and helping to provide them with the tools to address mental health difficulties.

“A lot of teenagers probably feel as if they’ve been pickpocketed,” stated Dunne this week.

“There’s been so much disruption for them. It’s not normal for a 15-year-old to be hanging around with mam and dad the whole time, or for an 18-year-old who should be off in college or working away.

“Studies have shown that there has been an increase in anxiety. I think it will be a couple of years before we know the impact on all of us, but for teenagers, the biggest struggle is just that disruption. There’s a generation there that has missed out on a year of their youth, so there’s a huge amount of catch-up to be done.”

That disruption has affected practically every aspect of teenagers’ lives and for those who build a big part of their identities around organised sport, the impacts have been especially acute. There is light on the horizon with underage club training set to resume on April 26, but Dunne said that for organisations like the GAA, the effects of the Covid lockdown will not be easily shaken off.

“As humans, we’re creatures of habit, so when spring kicks in and the evenings get longer we’re automatically thinking of getting back out playing football. You’re planning and plotting for the rest of the year. That’s all been disrupted over the last 18 months,” he said.

“But I genuinely feel, and I say this from a professional viewpoint, a lot of people in our organisation have done really well with this. They’ve got through it and it will stand to them long-term. That’s not to ignore the fact that it’s been extremely challenging and tough. It’s not normal, that’s the big thing.”

In his role as chair of the Health and Wellbeing committee, Dunne’s role is to oversee and support the work being done by Healthy Club officers within each of Mayo’s clubs.

The Healthy Club project, enacted at a national level by the GAA in 2013, essentially aims to help clubs to support the physical and mental health of their members and communities, both on and off the field.

“The unique thing about the GAA is the role it plays, not just on a county level but regionally. The association’s extensive membership plays into that. If you look at a given community, people might be involved in a few different organizations but the GAA is often the stronghold of the community,” offered Dunne.

“At national level around the year 2013, they looked at it and said: the GAA is getting bigger and bigger, membership is getting broader and broader, and the kind of things we need to deal with around the health and wellbeing side of things, both physical and mental, were recognised a bit more.”

Almost every club in the county has appointed a Healthy Club officer, according to Dunne, and Mayo has the highest number of clubs either graduated or about to graduate from the programme. Six clubs – Breaffy, Mitchels, Tourmakeady, Davitts, Aghamore and Achill – are officially deemed Healthy Clubs while eight more will finish the final phase of the 18-month process later this year.

“When a club is trying to attain the Healthy Club status, they’re involved with other partner groups within their communities,” explained Dunne.

“The Healthy Club officer is the main point of contact, so if somebody within the club is experiencing mental health difficulties, the club can turn to the officer to see what options are out there.

“Part of the training for the Healthy Club officer would give them the information for how to handle such queries. They’re not there to give advice; they’re just there to give options.”

The programme also involves clubs hosting events like workshops and guest speakers, either in person or, in the last year, online. These might cover areas like nutrition, drugs and alcohol, or yoga and meditation. One of the most successful initiatives brought forward by the committee and the MMHA has been Moving Your Mind, a workshop designed to highlight the connections between physical health and mental health.

Given that up to 80 percent of playing club members in Mayo are under the age of 18, the majority of the work of the Health and Wellbeing committee is aimed at younger members.

Dunne stresses that the output from his committee is strictly evidence-based, and while the average club member will never be expected to play a clinical role, the Healthy Club programme aims to ensure that a member who does present with a mental health problem is supported and helped towards the right channels.

The Health and Wellbeing committee includes people like Lianne McManamon (Health Promotion Officer with the MMHA) Padraig Carolan, Stephen Carolan and Peader Gardiner (project manager with Mindspace Mayo). It’s a group with a diverse range of expertise and experience.

“I’m definitely the weakest link in it; I just happen to chair it!” laughed Dunne, who himself won two Connacht titles with the Mayo minors in 1996 and 1997 and was part of the senior panel for a time in 2004, making his league debut against Fermanagh that spring.

“There’s a broad spectrum of people there. It’s so important when you’re putting these committees together that you have a strong network of people. Because while 90 percent of our job is very positive, there is also the ugly side of it. You’re dealing with specific issues like critical incidents that may happen in clubs behind the scenes,” he continued.

Among the more difficult topics Dunne and his committee try to address are insidious issues like gambling addiction, which has become more prevalent among younger age groups in recent years, and drug and alcohol awareness, which Dunne said has been a major focus of the committee’s work in recent times.

“Pat Conway from the Western Region Drugs Task Force sits on our committee and we’re starting to work with clubs and with the County Board to develop policies around that area,” he said.

“It’s prevalent within the wider community and it’s something we want to focus on over the next few months. We all know that alcohol is still the number 1 drug as such that affects underage and there’s a huge amount to focus on around that.”