A Mayo woman gave birth to a baby boy in a bike lane in Brisbane during rush-hour traffic. 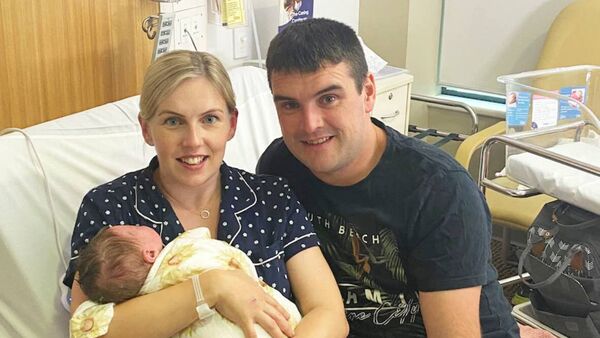 Stephen had to pull in on the side of the road.

“The baby’s head came out while we were still driving,” Ashling told Australia’s 9News.

“So we needed to pull over… I just kind of surrendered to the fact that the baby was coming in the car.”

Incredibly, a student midwife on her way to work as well as a passing paediatrician spotted Ashling in the middle of childbirth in the front seat of the car.

In a post shared on the hospital’s website, Aishling said she was just five minutes into the 40-minute drive to hospital when she felt the need to push.

“I told Stephen I was pushing and that the baby’s head was coming out and he replied, ‘just breathe’.”

The couple, who also have a little girl called Lyla have yet to decide on a name for their new baby boy.

“Roadie!” Stephen suggested with a laugh.