Aurivo said its milk pool expanded by 5.5% last year and despite initial concerns about the impact of Covid-19 and a noticeable fall in activity in the food service sector, overall demand for dairy held up well in 2020. The Aurivo average milk price for the year was 35.61cpl compared to 34.35cpl in 2019. It also set up a milk stability fund of €3m which will be paid out in future years to help the co-op’s milk supply base manage market volatility.

Dairy ingredients saw turnover rise 17% to €198 million, with the division reaping the benefits of an investment in a new spray dryer in 2019. The new dryer produced 25,000 tonnes of various grades of enriched milk powder ingredients, contributing to the ability to process 35% extra milk per week.

The turnover from marts was slightly down, due to enforced closures during the pandemic, but the co-op moved to online auctions for the first time in its history.

Aurivo is one of the country’s biggest co-operatives, with businesses in consumer foods, dairy ingredients, retail stores, animal feeds, and livestock trading.

It has a workforce of about 650 people and exports to almost 50 countries in markets as diverse as Afghanistan, Africa, Central America, Costa Rica, Germany, Iraq, 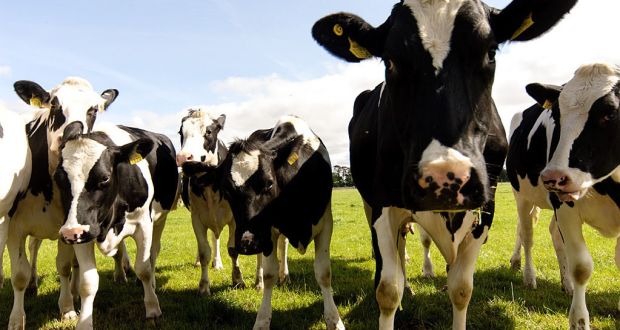 “Aurivo has reported a strong and resilient set of results for 2020, in what was a uniquely challenging year. Against the backdrop of a global crisis, the hard work and agility of our employees, suppliers and members enabled the Co-op to maintain essential supplies, services, and food products across domestic and global markets,” said Donal Tierney, chief executive of Aurivo.