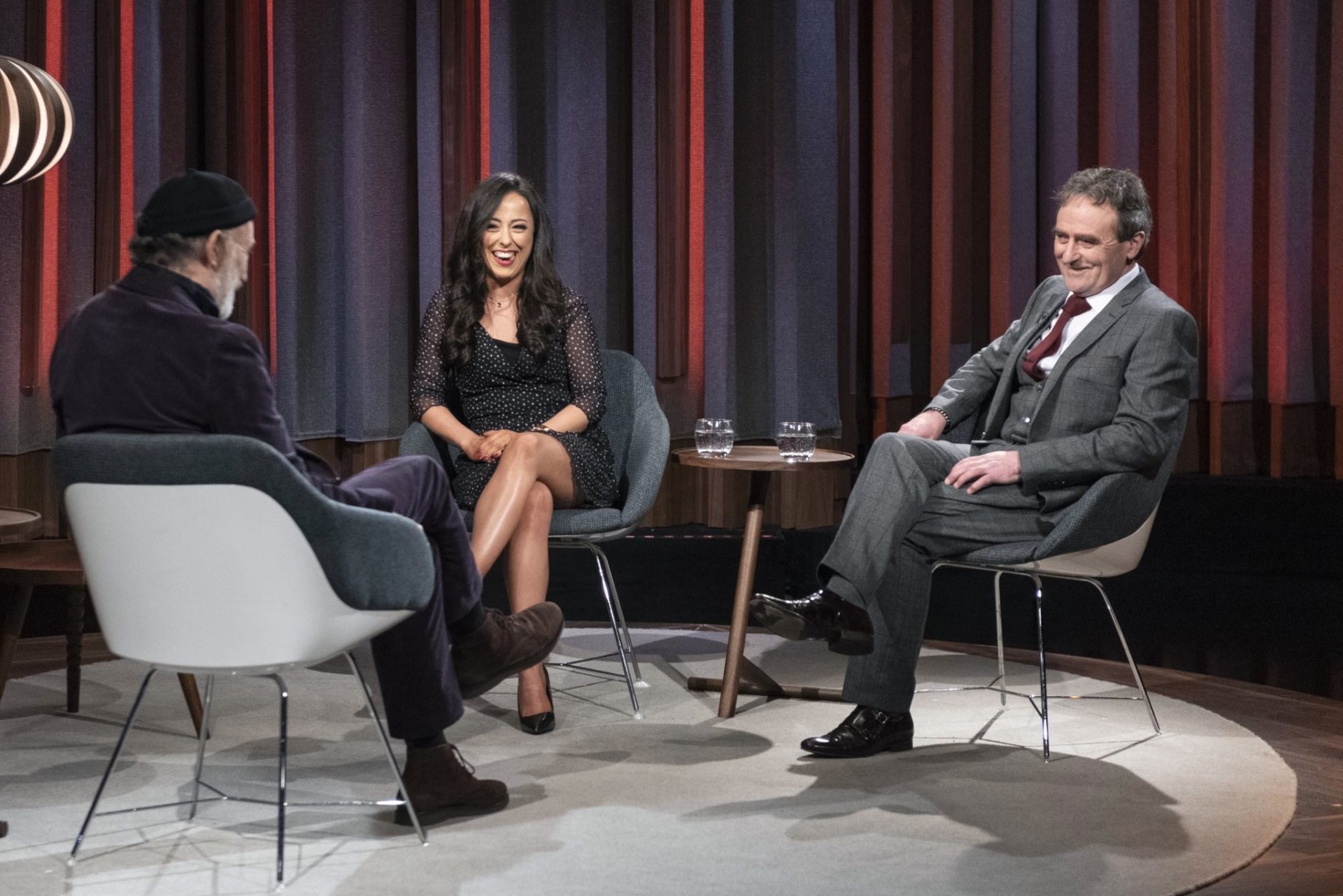 David and Bríd McGowan from Enniscrone were guests on last night’s Tommy Tiernan Show on RTE One.

Enniscrone funeral director David McGowan and his daughter, harpist Bríd McGowan, were among the guests on Saturday evening’s edition of the popular Tommy Tiernan Show on RTE One.

David told Tiernan about why he decided to buy a jumbo jet and transport it by barge to the seaside Sligo town for his glamping venture, and the impact the stunt had on the local community.

“It’s in my back garden. She’s one of the biggest jumbo jets you could actually get. I didn’t go for a small one now. It had to be big, we think big all the time,” he said.

“I thought I’d come up with some idea myself that would attract a social media circle because it’d be a cheap way of marketing the place.

“To do that it’d have to be something strange and something big. So we went with turning old types of transportation into accommodation and that didn’t exclude a plane.”

David went on to explain how the mission with the jumbo jet and his glamping business was an attempt to ‘wake everyone up’ after what he saw as a dark period for the village.

“I’ve never had as many suicides in my time in the funeral business in that region,” he said.

“So I just felt a dark cloud over us, something needed to be done. This woke everybody up.

“I think what it told people was; if you have a thought about something, go for it and let nobody tell you that you can’t do it.

David also spoke about his spiritual beliefs after working in the funeral business for over 40 years.

“I do believe the spirit is there for a good while after the person passes on.”

“I find it in rooms and I’ve seen things happen at funerals that you just couldn’t say were coincidences.

“I do believe the spirit is there for a good while after the person passes on. I think it stays around for as long as it needs to. I do believe it moves on somewhere else, I don’t know where that is.

“But I do think it’ll wait around and it’ll mind people.”

The show ended with Bríd, who performs as Brídin, performing her song Ocean of Stars along with her band. Brídín is a contemporary folk harpist and composer whose EP, Ocean of Stars, is out now.

Other guests on Saturday night’s show included Robbie Lawlor, a HIV activist who spoke in-depth about his own experience of living with HV and the impact the virus continues to have both in Ireland and around the world; and Fr Peter McVerry, the long-soldiering homelessness campaigner in Dublin city.