Petition to save Ballyhaunis’ Bank of Ireland gaining momentum 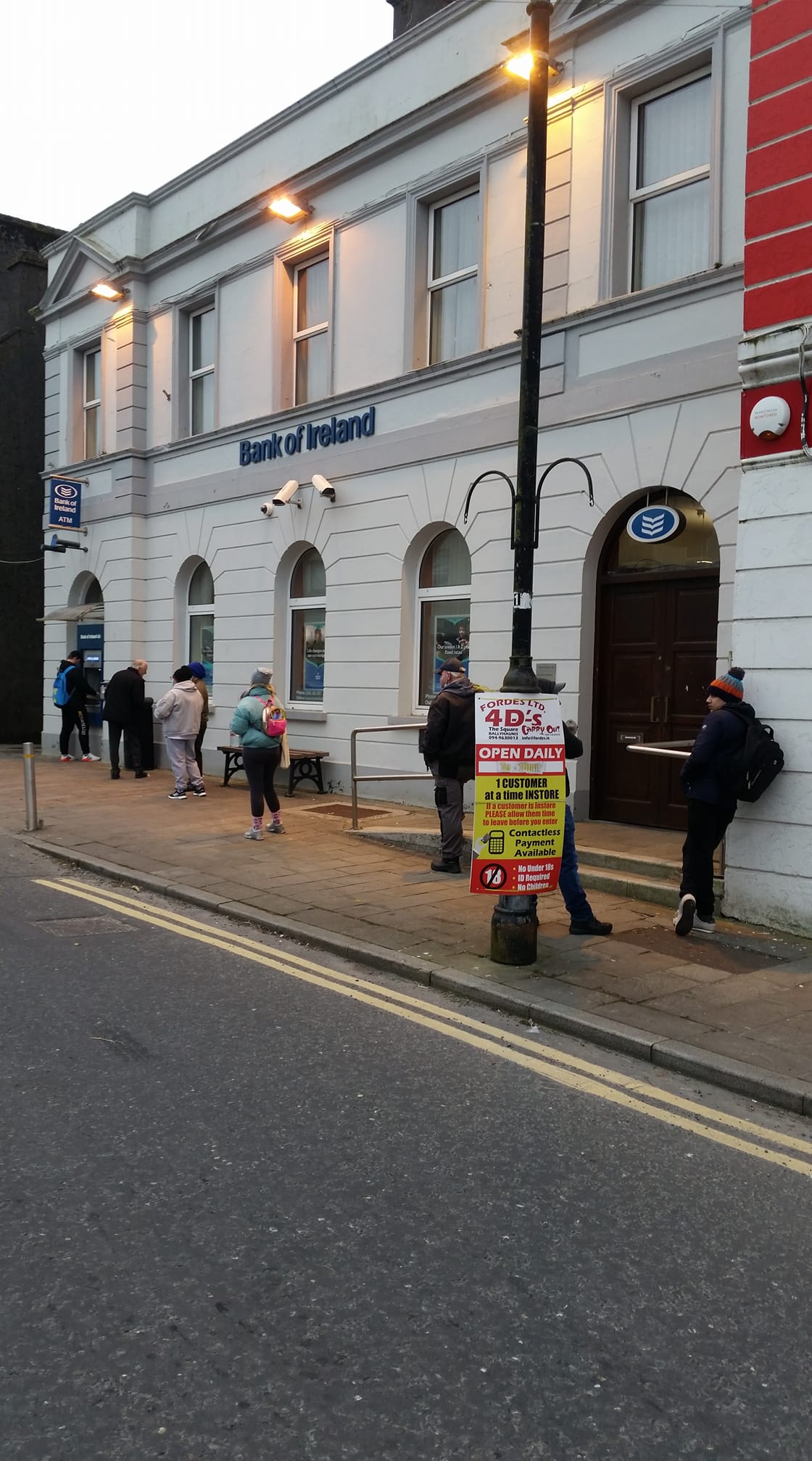 A queue of customers outside Bank of Ireland in Ballyhaunis last month.

A petition to save Ballyhaunis’ Bank of Ireland branch got more than 1,200 signatures in its first 24 hours.
The local Chamber of Commerce plans on sending the petition to the Minister for Finance and bank officials and has asked the community to contact their local representatives in a bid to reverse the decision to close the branch in September.

“There’s a lot of anger and frustration in the community,” according to chamber president Tom Forde and he’s adamant the petition is a way for people to express their opinion on the bank’s decision.

“This decision to close has not been made on the number of online transactions. The withdrawal of cash services from Ballyhaunis made the branch look unsustainable and created more business for branches in Claremorris and Castlerea.”

A photograph taken of people queuing outside the branch ATM in early March is proof of the need for cash services, argues the businessman.

Bank of Ireland management has said that An Post will provide essential banking services moving forward but while Mr Forde is complimentary of An Post he pointed out that the local branch is in a supermarket and “there’s no confidentiality” for customers.

If the decision isn’t reversed the Chamber is hoping an agreement can be reached with the bank to retain the landmark building and the ATM. Mr Forde wants the community and local representatives to work together and ensure the bank building becomes a home for a viable banking model to meet the needs of local businesses and individuals.