Local FF Deputy Dara Calleary has confirmed to the Western People that the Ministerial approval paves the way for a major investment in St Tiernan’s College in Crossmolina.

He said he was delighted to have worked alongside local FF Cllr Michael Loftus and the school to progress the plans for the major extension. 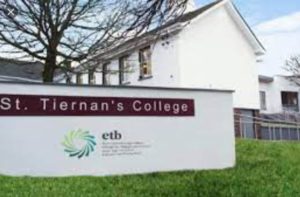 The development will comprise of six new general classrooms, a new DCG/Tech Graphic room, a new art room, a new science lab, two SET rooms, a textile room, a music room, a prep room and a WC for assisted users.

“I would like to extend congratulations to all involved in the school – the Principal Conor O’Reilly, his staff and students, the board of management, Mayo Sligo ETB and the wider community. This will be a big construction boost for the area.”
The Deputy revealed that Minister Foley has also approved the construction of two new SEN rooms for Moyne College in Ballina.
“This will add to the excellent facilities on offer at the school.  Well done to the principal Siobhan Towey, her staff, the BOM and all the students,” the Deputy said.
Meanwhile approval has also been given for the development of two new SEN rooms at Scoil Muire Agus Padraig in Swinford.
Filed under: Ballina news, Crossmolina news, Deputy Dara Calleary, Mayo news, Mayo newspaper, Moyne College, St Tiernan's College