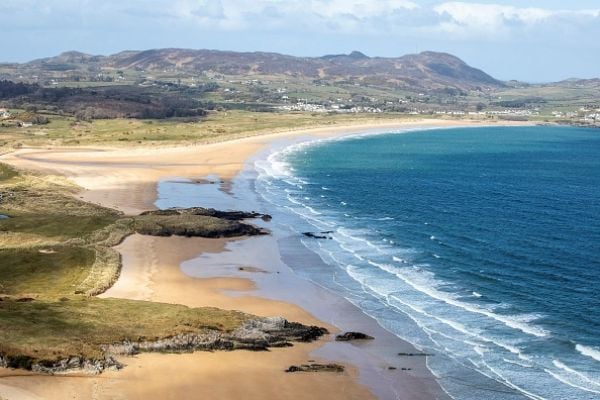 Travel publisher Lonely Planet has named Ireland’s best 10 beaches to visit – and two of them are in Mayo.

It will come as no surprise to many that Keem Bay, that famous horseshoe bay with golden sand found at the western reaches of Achill Island, has made the cut, as it is regularly ranked among the best in the world. But in what is a huge boost to the island and the county as a whole, Lonely Planet, which is recognised worldwide as a travel bible, has also placed Achill’s Trawmore Bay – better known as Keel Beach – among the top 10 in the country.

In total, eight of those selected are along the west coast, with two each in Donegal and Kerry as well, and one apiece in Sligo and Galway. Beaches in Waterford and Dublin complete the line up.

The writer described Ireland’s coastline as “a beachgoer’s paradise”.

Recognition of the seaside spots will come as welcome news to many facing a second summer of staycations amid international travel restrictions.

Also featured is Ballymastocker Bay in Co Donegal, which was once voted the second most beautiful beach in the world by Observer newspaper readers (pipped only by the Seychelles).

Here is the list of Ireland’s best beaches, as chosen by Lonely Planet.