A busy life brings the best from Ronayne 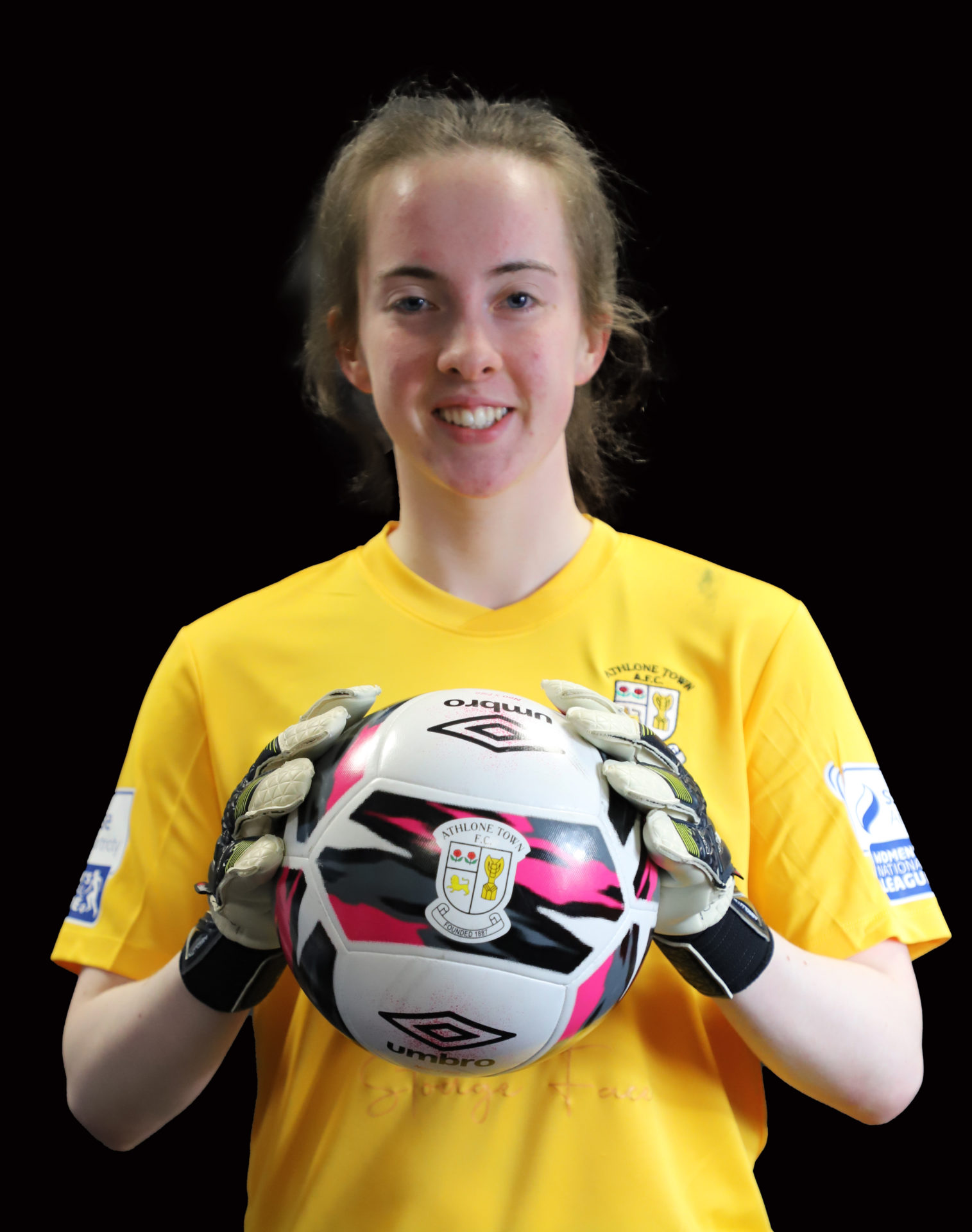 Irishtown’s Abbiegayle Ronayne made her competitive debut in goals for Athlone Town in the National Women’s League last weekend.

These are busy days for Abbiegayle Ronayne. While most of us are crying out for things to be at as the lockdown wears on, the Irishtown teenager has exactly the opposite problem, preparing to sit her Leaving Cert while also establishing herself as the number 1 goalkeeper for Athlone Town in the Women’s National League.

When she spoke to the Western People last Friday evening, Abbiegayle had just finished her Irish oral exam and was in the process of preparing for Athlone’s opening game of the new league season, at home to Shelbourne on Saturday afternoon (Shels won 2-0). The Mount St Michael student said that managing her time between school and football takes careful planning and discipline, but she feels as if it draws the best from her.

“It’s a huge commitment, I won’t lie,” said Abbiegayle. “It’s hard at times, but I feel myself that having to manage the time actually brings out the best in me. Having those commitments to both the academic side and the sporting side, and trying to be at the top level in both.”

Abbiegayle is sitting the physical exams instead of going down the predicted grades route and hopes to earn enough points to study medicine at third level. The next few months, as the exams come closer and the league gathers pace, look set to be the busiest yet but it’s a challenge she’s happy to take on.

Abbiegayle is one of a handful of Mayo players participating in this year’s Women’s National League (which, like the men’s League of Ireland, has an elite exemption to continue during Level 5 lockdown). She is joined at Athlone by Kelsey Munroe from Kilmaine and former Kiltimagh/Knock player Roisin Molloy, while former Irish under-19 international and Newport native Rachel Baynes has joined Shelbourne and Crossmolina’s Rachel Kearns, an All-Star forward with the Mayo ladies, has signed with Galway United for the 2021 season.

Abbiegayle, aged 18, started out her career playing locally for Claremorris and Ballinrobe and was on the Mayo Gaynor Cup team for three seasons between 2016 and 2018. She joined up with the Sligo Rovers under-17 side in 2018 before moving on to Galway United, where she was part of the team that won a national under-17 league and cup double in 2019. She also made her debut for the club’s senior team that year against UCD Waves at the age of 16 but found playing opportunities harder to come by in 2020 and decided to make the move to Athlone for the new season.

“This year I said it was best to make a move, to make sure my development continues. I need game time,” she reasoned, adding that regular minutes at club level will be important in her ambition to be a part of the Republic of Ireland under-19 squad. She was called-up to a two-day camp with the national squad in Waterford last August.

“It was a really good experience, just being able to play with that quality of player and getting to showcase what I was able to do,” she said of the camp.

“I used to feel as if I was often just missing out when the trials came around, as if I wasn’t quite good enough, but this time I really felt like I was at my best and that I was pushing on for more.”

Level 5 has unfortunately put international plans on ice for the time being, but Abbiegayle is happy to focus her attention on nailing down the starting jersey for Athlone.

“I can’t wait to get regular game-time, to push on in my development and to have that experience, whether it be good or bad, of playing against top-quality players and top-quality teams. It’s been great so far with Athlone, the training has been superb,” she said.

“Tommy Hewitt, the manager, has been really good to me. He’s really pushing me on, he hasn’t let me become complacent at all. I have two more goalkeepers pushing at my back to get the number 1 jersey so it’s about being the best I can be.”

The FAI has made a concerted push to raise public interest in the Women’s League this year. While games are still being played behind closed doors, every match can be streamed online for free via loitv.ie. Airtricity’s sponsorship of the league has been another important development, helping to alleviate the financial pressures that saw some players in the league have to pay their own registration fees and cover their own travel expenses last season. 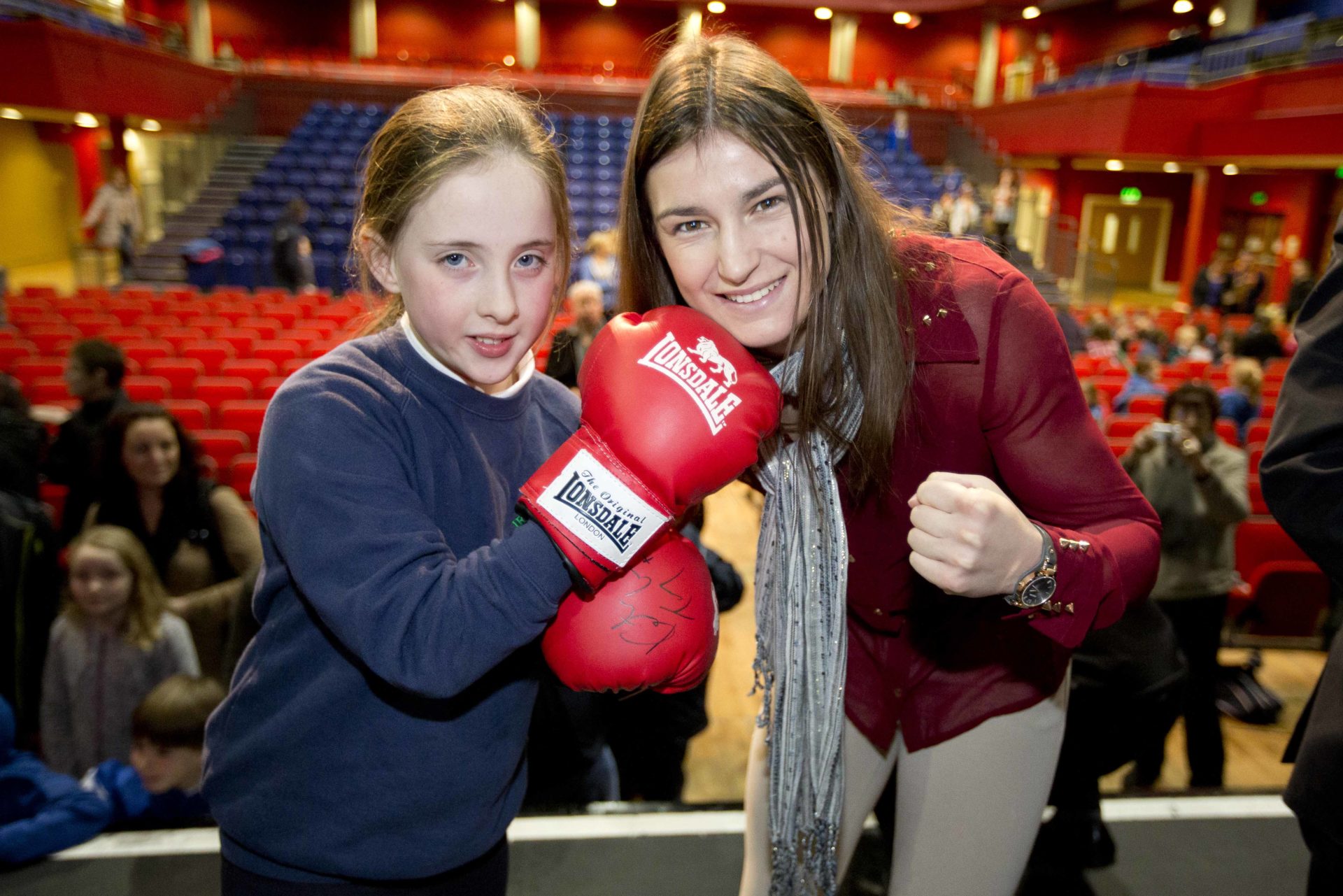 “It’s very noticeable, the development that has been put into it,” offered Abbiegayle. “It’s a huge step even to get the games broadcast online. The more representation we get at that level and the more the women’s game is seen, the more it can develop.

“Younger girls get interested and think: that could be me on TV, there is a platform for me to push on and potentially even go professional, because that is really possible at the moment. The opportunities are there if you’re good enough to take them.”

While those pathways toward the professional leagues in England and Scotland are growing wider (Ireland striker Rianna Jarrett, for example, transferred from Wexford Youths to Brighton & Hove Albion in the English Women’s Super League in 2020), the National League in Ireland remains amateur. But there is a growing demand among the players for semi-professional status.

“We put in three to four days of training, as well as training outside the group, gym work and recovery sessions. So for girls like myself, I’m in school full-time and then going straight to training, it’s a full-time commitment,” said Abbiegayle.

It’s probably no great surprise that Abbiegayle has chosen the sporting life; hers is a family steeped in sport, with big brothers Josh and Jack Ronayne well-known GAA players with Davitts and her mum Anne a former coordinator with the Mayo Sports Partnership.

“It was a busy house growing up but it was great having older brothers; there was no taking it easy just because I was a girl!” laughed Abbiegayle.

“It was rough and tumble and I think that’s why I’ve had a bit of success in soccer, because I’ve had the lads kicking balls at me day and night all my life!”