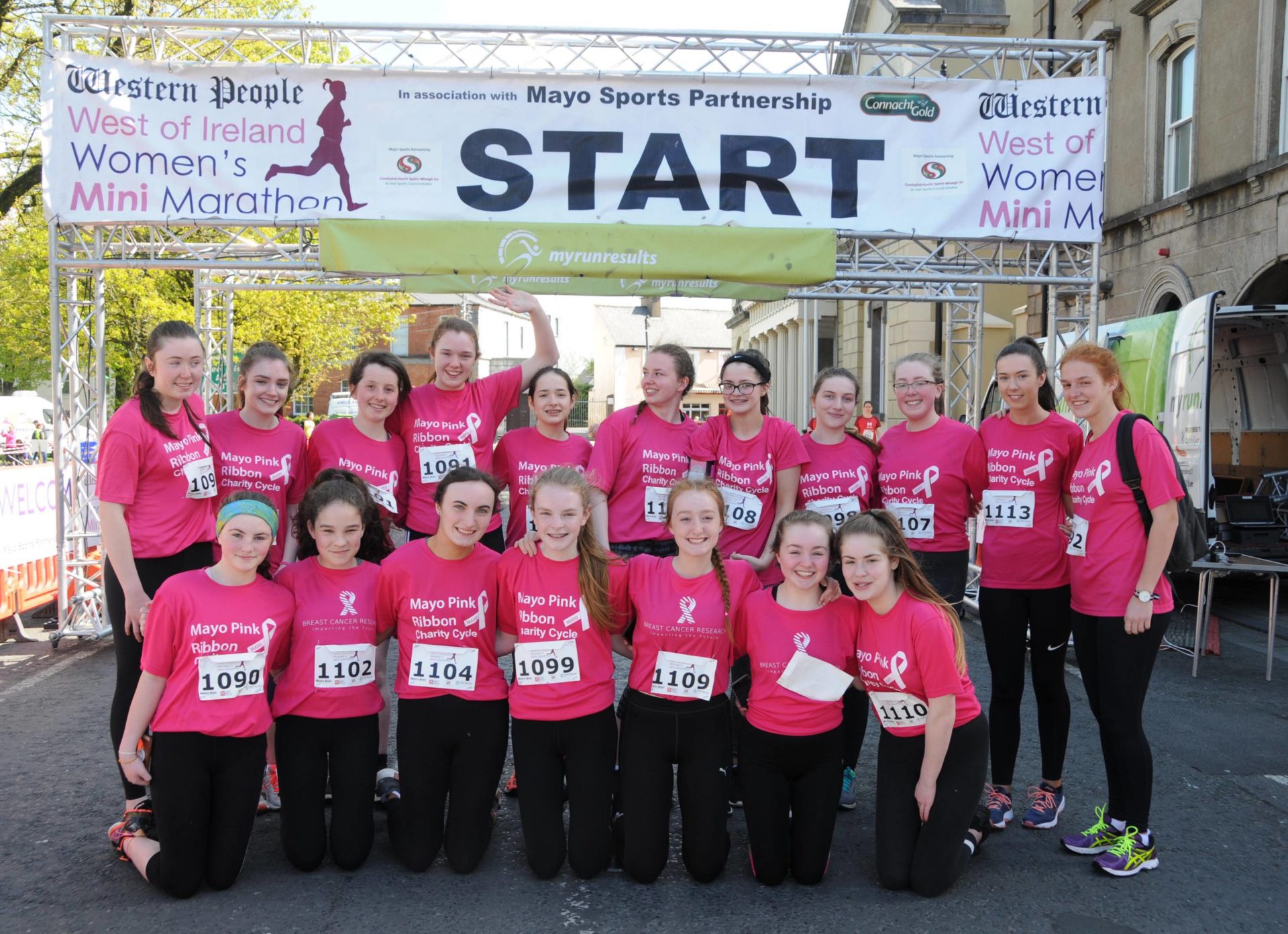 A group from Gortnor Abbey Secondary School in Crossmolina ready for the off at the West of Ireland Women’s Mini Marathon. Picture: Frank Dolan

The mayo.ie Western People West of Ireland Women’s Mini-Marathon, which takes place on the May Bank Holiday weekend, may be a virtual event this year but that won’t prevent the annual It’s For Girls initiative from continuing its mission to encourage as many secondary girls as possible to get involved and get active.

The initiative encourages schools to introduce collective training for their students to participate in the mini-marathon. It has proven a resounding success since it was first introduced into the mini-marathon programme in 2016, with the number of participating schools and students having risen year-on-year, and is now one of the key features of the Mini-Marathon weekend.

This year, as part of the It’s For Girls initiative, secondary school girls around Mayo are being encouraged to target 30 minutes of physical activity per day. Whether it be walking, running or taking part in organised sport once it resumes post-lockdown, regular exercise has been shown to have huge physical and mental benefits for young people. Girls are more likely to leave sport behind them in their teenage years, but initiatives like It’s For Girls are aiming to change that.

Registration for the Mini-Marathon has been open for the last two weeks (see details below) and already schools around the county have answered the call in impressive numbers. Organisers are hopeful that they can get a record number of girls involved in the It’s For Girls initiative this year, despite the pandemic making this year’s a virtual event.

There will be a prize available to the school which has the highest number of participants in the Mini-Marathon, relative to their enrolment. Teachers around Mayo are encouraged to get in touch with the race organisers and to invite their students to get involved with the challenge. With just over a month to go until the race weekend on May 1-3, there is still plenty of time to get training and get fit for the Mini-Marathon. 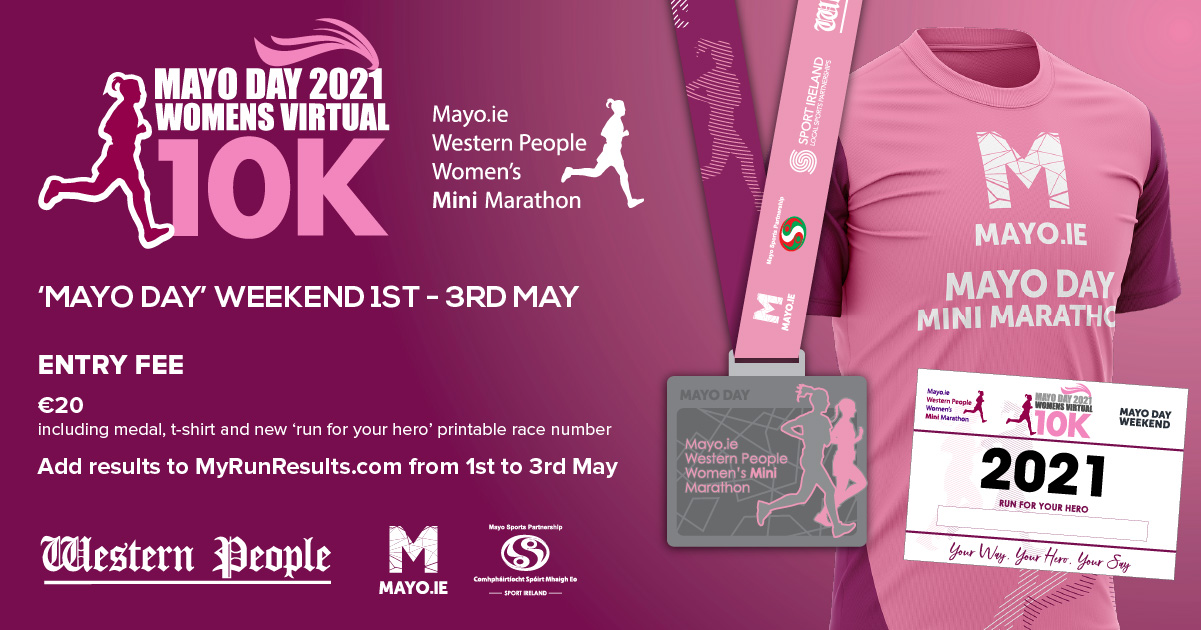