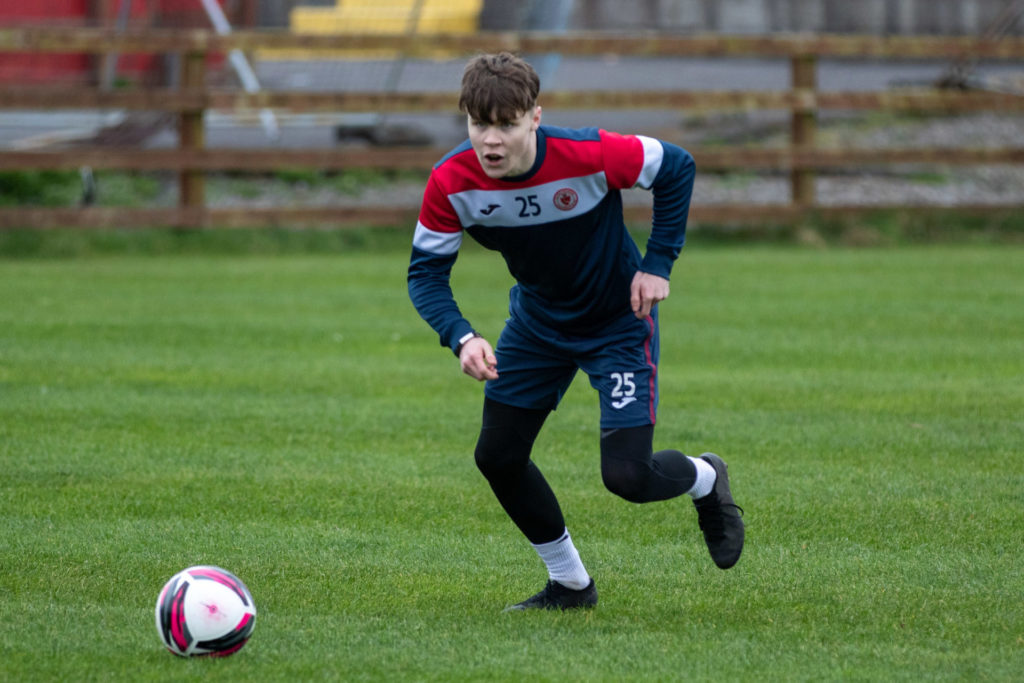 Mayo teenager Cillian Heaney is in his fifth year playing for Sligo Rovers and recently had his first taste of first-team football.

The recent departure of Belmullet native Ronan Murray to Drogheda United and decision of Ballina’s Jesse Devers to take some time away from his League of Ireland career may have lessened somewhat the contingent of Mayo players in the first team ranks of Sligo Rovers, but one of their county men is more than willing to fill any void.
With the new league season having just got underway, it was during the pre-season that Westport native Cillian Heaney made his debut for Rovers’ first team. And although still only 18-years-old, it’s been a natural progression for the versatile midfielder who first joined the club in 2016 when linking up with the U15s team.
He did so on the back of some impressive displays for Mayo League teams and successful spells with both his hometown side Westport United and then Castlebar Celtic in whose under-15 and under-16 teams he both featured.
“I joined Rovers in the first year of the under-15 National League,” explains Cillian. “I was training at the Connacht Centre of Excellence and was among a group of lads who were asked from that to join. It was a bit of a step up at the start, more to do with how things were done, it was all more professional. I had been in with good players in Connacht so there wasn’t too much difference in the standard. I’ve also been lucky enough to have played for the Irish U16s and the Irish Schoolboys side.” 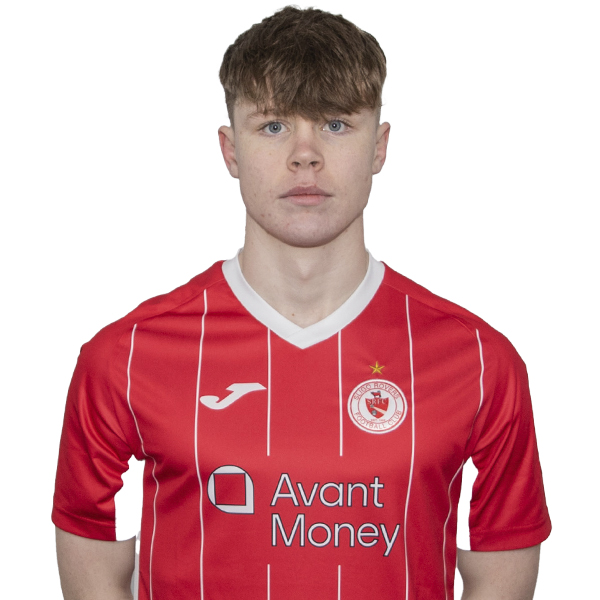 Cillian Heaney is combining his career at Sligo Rovers with a degree in business which he has undertaken at IT Sligo.

Now playing for Sligo Rovers’ under-19 team with whom he is still eligible for another season, Heaney was drafted in by first-team manager Liam Buckley for pre-season training and then got to make his debut, something that represents a major milestone in terms of his career development:
“It was great to be involved with the first-team squad for pre-season – and to get a few minutes under my belt just capped it off. It was a bit surreal when I came on, especially without the fans being there. But then again the whole situation we are living under is very surreal. Still, it was such a special moment for me. It was a dream of mine from a young age to play professional football and I made that happen. Now that I am in training with them I want to hopefully get a few more minutes again throughout the season.
“I am lucky because for me, the football is the only thing that is keeping me going, it gets me out of the house and gives me something to look forward to. It was great last season to be able to finish the U19 season, we got a few games in towards the end of the year and won the Shield.”
But Heaney does have more than just the ball and boots to focus on, as he is looking to the future as well. One of the recipients in the club’s scholarship programme with IT Sligo, he is now in his first year of studying business.
“It is great to have that pathway available where you can progress both your education and football career. I can go for my degree while training and playing with Rovers. It’s so important to be prepared for life outside of football and I am lucky that I have this opportunity. At the moment all of my classes are online but hopefully it won’t be too long before I can attend lectures in person.” 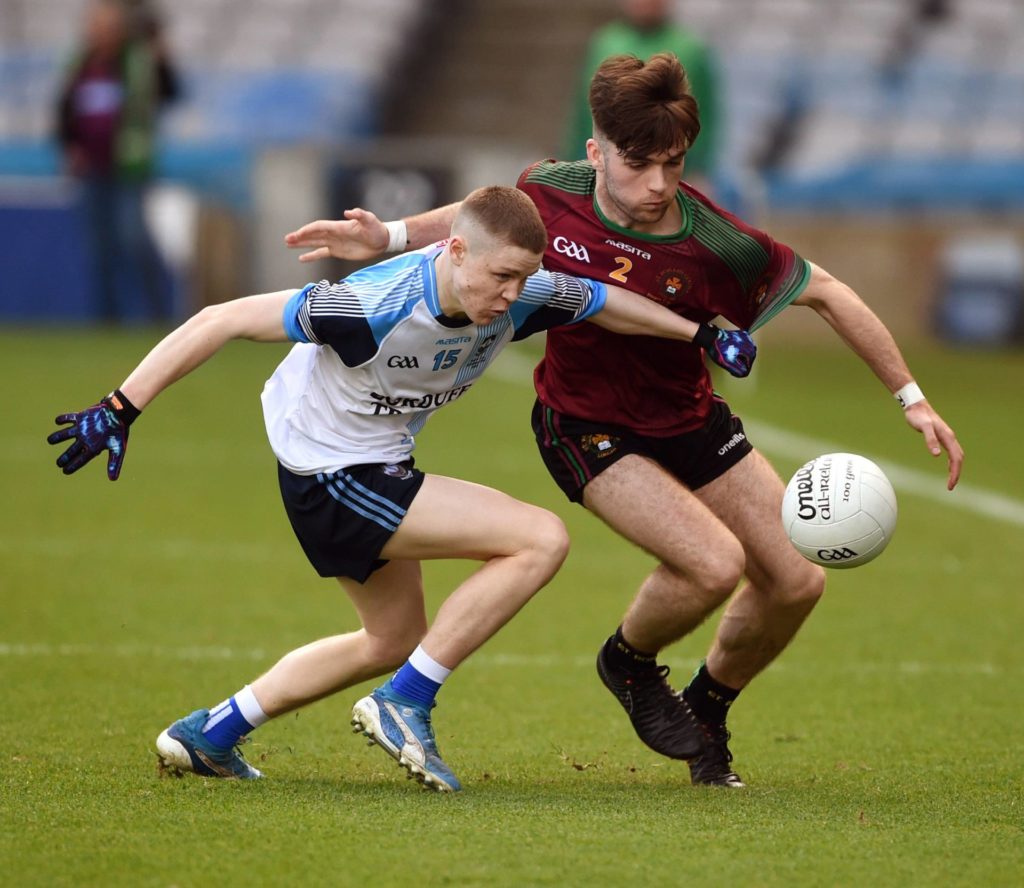 It is a great time for Cillian Heaney to be involved with Sligo Rovers as the club finished fourth in 2020 which means they have European football to look forward to this year. The strength of the squad assembled by Liam Buckley, one that includes at its heart another Mayo man in David Cawley, means that Heaney is mixing it with good company as he looks to continue his player development.
“More than likely I will be mostly involved with the U19s this season but I am still hoping to get a few more minutes under my belt with for the first team. It’s a great time to be in and around the squad. The whole club is on the up and we have a really strong squad where everyone is hoping to do really well.
“The manager has kept most of last season’s squad and has brought in some quality players. There is some great experience and the blend is right because it’s mixed in with youth. For me, it is great to be in with the lads and training with them during the day because you pick up a lot from them.”
The former Rice College student (he featured at corner-forward in the Westport school’s historic appearance in the 2018 Hogan Cup final in Croke Park) is part of a strong and growing Mayo contingent throughout the ranks at Rovers, including his younger brother Sean.
“Yeah, there are a lot of players from Mayo involved. There are five or six of us in the first-team squad and then I think every other side is half lads from Mayo and half lads from Sligo. It’s great to have that option available to players from Mayo. You have North Mayo bordered by Sligo Rovers and then South Mayo by Galway United.
“In recent years Rovers have been great at bringing in lads from Mayo and they are all starting now to come through the ranks. It’s great that my younger brother Sean is in with the U17s. With the squads being separate we don’t get the chance to play together but it’s great having him involved with the club as well. Sligo Rovers really is a family club and it is just a great time to be involved.”