A documentary about legendary Republic of Ireland manager Jack Charlton airs on Virgin Media on Sunday night and is well worth a watch for football fans and non-fans alike.

Finding Jack Charlton charts the life of Charlton, both on and off the field, and his battle with dementia.

Gabriel Clarke and Pete Thomas’ documentary veers from heartbreaking, to exciting, to joyous as it delves through Charlton’s extraordinary life, from winning the World Cup with England as a player in 1966 to guiding the Republic of Ireland to three major tournaments.

It also gives an intimate insight into the battle with dementia he suffered in the latter years of his life.

By looking back at his memories in football, Charlton’s eyes frequently light up with a tinge of delight as he relives his finest moments as a player and coach.

Footage of Euro ’88, Italia ’90 and USA ’94 is used along with interviews from a wide range of characters including Roddy Doyle, Larry Mullen and Eamon Dunphy. 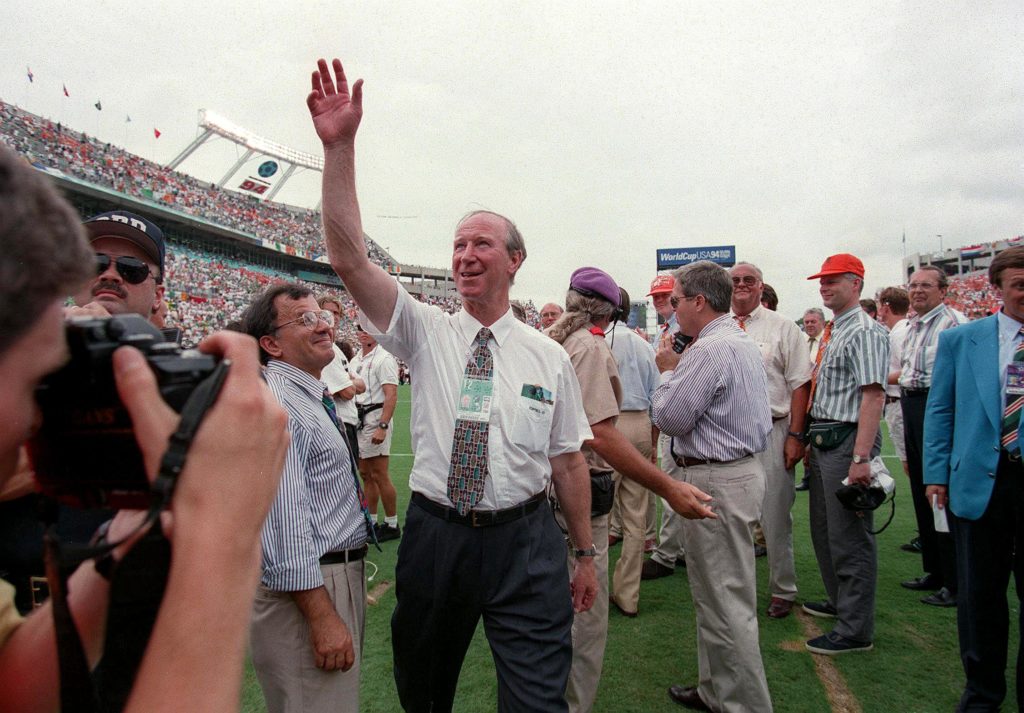 Footage of Euro 88′, Italia 90′ and USA 94′ is used well along with interviews from a wide range of characters. Photo: INPHO#

A number of former Irish internationals who played under ‘Big Jack’ are also interviewed including David O’Leary and Andy Townsend.

However, the most powerful of these interviews unsurprisingly come from Paul McGrath.

McGrath was one of the most talented players to ever pull on the green shirt, but he often clashed with managers due to his injuries and issues with alcohol.

He speaks about how Charlton helped him deal with these problems while continuing to fulfil his potential in green, and sums up the feelings of plenty of Irish players and supporters: “I loved the man.”

The documentary also looks at personal issues in Charlton’s life, such as his falling out with his brother Bobby.

Charlton died not long after the documentary wrapped filming, making it all the more poignant, but it also offers a view of his resilience as he maintained his good humour and spirit.

His wife Pat and son John feature prominently throughout and their first-hand accounts add a lot to the documentary. 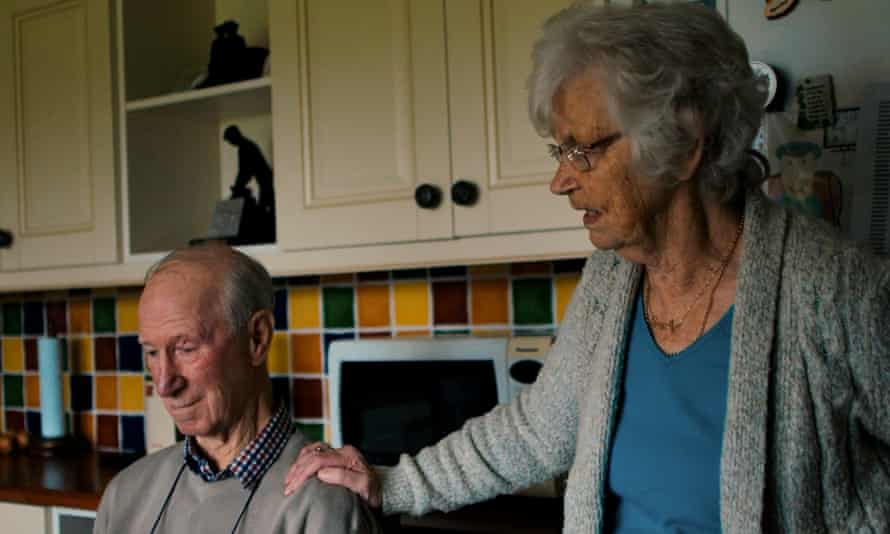 Jack Charlton at home with his wife Pat.

Irish football fans who remember the Charlton era vividly will love Finding Jack Charlton but those who may be too young to remember it will also enjoy it.

The airing of the documentary will mark the end of a fundraising week from the Alzheimer Society of Ireland.

Before the Charlton documentary, a special programme with Virgin’s Six O’Clock presenter Martin King will see him discuss his own experiences with dementia at 8pm.

Finding Jack Charlton starts at 9pm. The film was released on DVD in December, but this will be the first time it is available on television.