Anthony Hennigan’s recent article on the ill-fated Mayo 2003 senior football team that met its Waterloo in a wet Sligo against Fermanagh brought back memories of another time when Mayo GAA was also ill at ease with itself. The 1970s, to me, were an anomaly in GAA terms for the county. So many great players, successful minor and U21 teams, four National League finals but not a single Connacht senior championship title. 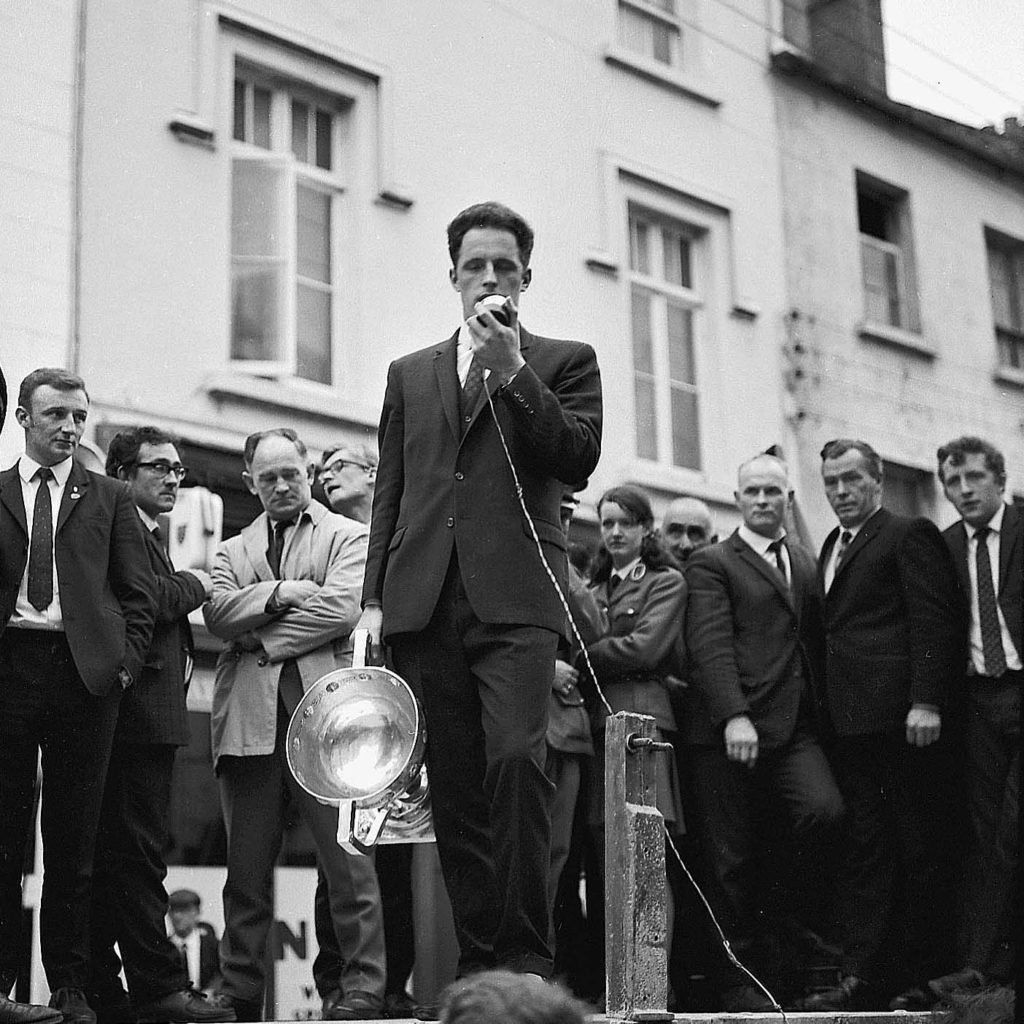 All-Ireland minor titles in 1971 and 1978 plus a narrow loss in 1974. An U21 crown in 1974 with a narrow 1973 defeat to an unreal Kerry outfit. National League winners in 1970, defeated finalists in 1971, ’72 and ’78, going toe to toe with the two big beasts back then, Kerry and Dublin. And yet, nothing stirring in Connacht. Like gold nuggets being flushed down a toilet, Mayo the county was profligate with their players. A kind of, ‘Arragh sure we will find another one if we need to.’ Two years stand out in that decade, 1975 and 1976. Six championship games, among them two draws and two defeats to both Sligo and Leitrim. In real-time, back then we were 24 years without a senior All-Ireland title. In today’s time that equates back to 1997. Not a massive gap you might think. I was 25 in 1975 and our last All-Ireland had no relevance to me. Black and white, old men and a different age. Long hair and denim with stifling summers were in the offing and Mayo football was in drift at senior level.
The Mayo senior team that contested the ’75 Connacht final against Sligo was an amalgam in the main of the minor and U21 teams of 1971 and ’74. In contrast, Sligo was a team that had heavy mileage and the likes of Mickey Kearns coming to the end of his playing career. ‘Nothing much to fear here folks’ would have been our thinking. A year earlier a beast known as the Dub arrived and meeting it was a young Kerry team also made up of ten of the county’s All-Ireland U21 winning team from ’73 against Mayo.
Whereas the transplant worked for Kerry, with O’Dwyer’s babes winning their first of eight senior All-Irelands in 1975 and spreading over the next ten years, the Mayo experiment fell at the Connacht final. Recalling that 1975 Mayo team we see Ivan Heffernan in goal and a full-back line of John O’Mahony, JJ Farragher and Seamus O’Reilly. Ger Feeney Con Moynihan and Mick Higgins made up the half-back line and at midfield were Frank Burns and Eamon Brett. A half-forward line of Tommy O’Malley, JP Kean and Ted Webb was augmented with a full-forward line of Willie McGee, Sean Kilbride and Ger Farragher. Ardnaree’s Johnny Culkin came on as sub over the two games. 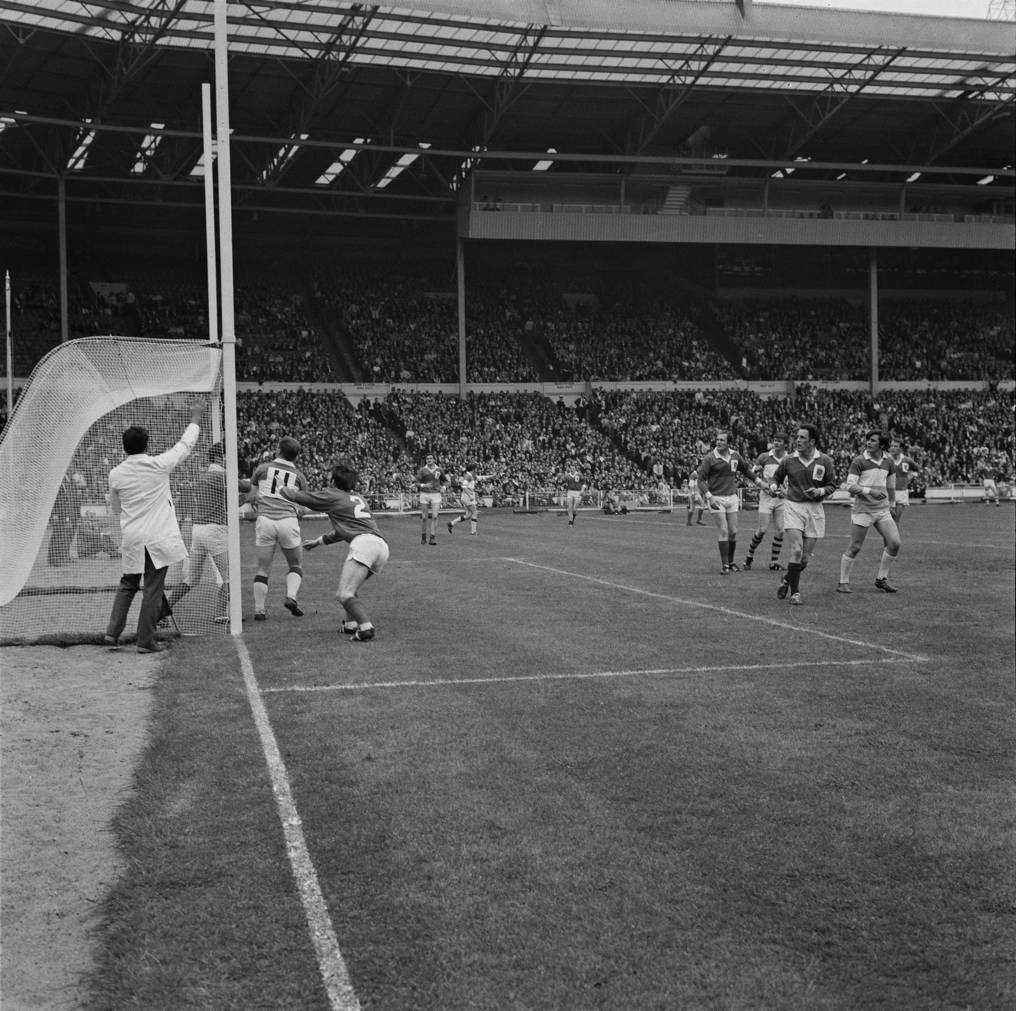 Mayo and Offaly players in action during an exhibition match at a very well-attended Wembley Stadium in London, on May 23, 1970. Picture: Evening Standard/Hulton Archive/Getty Images

On paper it’s one of the finest Mayo lineups I ever saw. Heffernan, a winner of multiple Sigerson Cups, Dublin championships and All-Ireland Club championships with Eugene McGee’s UCD was top notch. John P Kean matched that record on that UCD team too. Both were All-Ireland U21 winners as were eleven of that team, including Willie McGee from 1967. Ten were All-Ireland minor winners including Sean Kilbride who won his in 1966 aged 16. Throw in the experience of Tommy O’Malley, Frank Burns, Mick Higgins and TJ Farragher along with the aforementioned Kilbride and McGee and this was a team primed for bigger stages. The first game was a draw, Sligo 2-10 Mayo 1-13. The replay went to Sligo, they once more scored 2-10 to Mayo’s 0-15. Slim, slender and fatal.
A year later but this time meeting Leitrim in the first round of the Connacht championship, Mayo wrought change from scarring defeat twelve months earlier with a raft of new faces. In came Dan O’Mahony, Jim Timoney, John Gallagher, Paddy Corrigan, Anthony Egan, Richie Bell, Micheal Sweeney, Willie Fitzpatrick (Billy I’d say) and S Dixon. Game one was Leitrim 0-11 Mayo 0-11, the replay, Leitrim 2-8 Mayo 0-10.
As the Norwegian commentator said of his country’s win over England in the early 1980s, “Winston Churchill etc…your boys took a terrible beating”. Substitute Michael Davitt for Churchill and you get the drift.
A number of things stand out. Hats off to Sligo and Leitrim for famous and deserved wins but look at the Mayo roster of players, oh what talent was there. Ted Webb, Richie Bell, Willie McGee, Sean Kilbride, Tommy O’Malley, JP Kean, Ivan Heffernan, John Gallagher, Con Moynihan, Ger Feeney, John O’Mahony, Johnny Culkin, Frank Burns, Paddy Corrigan and Billy Fitz… all were top-class footballers. As indeed were the rest of those two teams of 1975 and ’76. So what happened? How come Kerry grafted in their U21s who luckily defeated Mayo in 1973 and we essentially ended careers of great promise and multi-medaled? We had the players and plainly we hadn’t the concrete that anchors all great teams.
Fast forward about three months to the first league game of 1976/77 season and from the team that been defeated by Leitrim, in came JJ Costello, J Kirrane, P Cunningham, J Nally, A O’Connor, P Dixon and Byrne. By the time the 1977 Connacht championship came round we added Stephen Sweeney, Henry Gavin, Micheal Collins, Seamus Weir and one Jimmy Burke to the team. Con Moynihan was relocated to centre-forward where he tacked on six points against Roscommon, a team embarking on a historic four-in-a-row Connacht titles. That summed up Mayo. No lack of players, no lack of talent, no game plan and no clue where to play them for maximum returns. 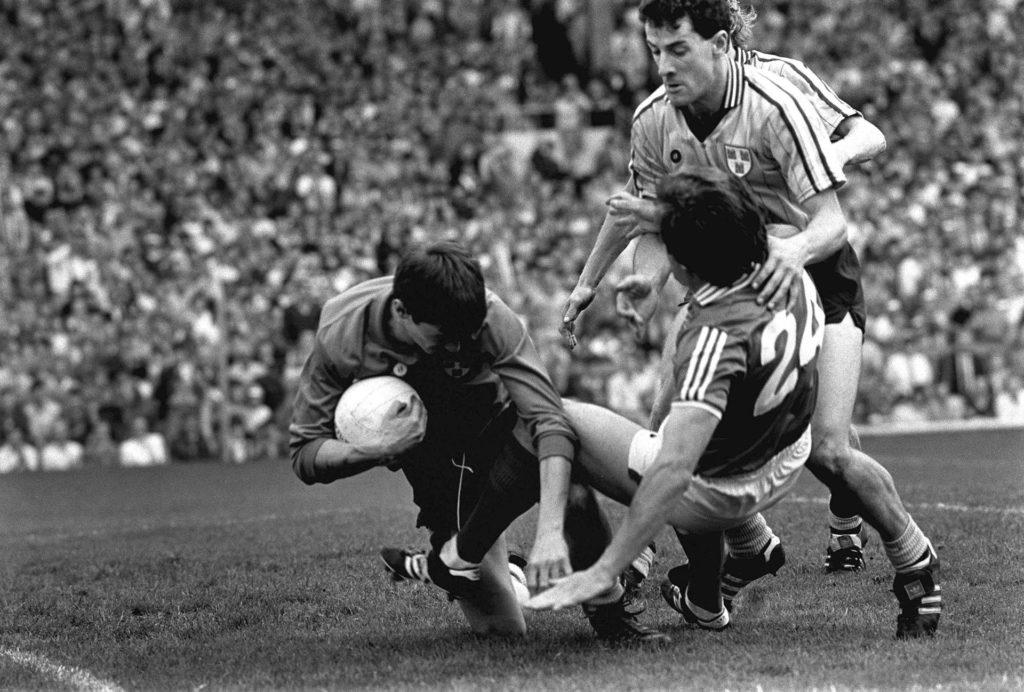 Mayo’s Billy Fitzpatrick challenges Dublin goalkeeper John O’Leary during the replayed All-Ireland SFC semi-final in 1985. Fitzpatrick had made his senior debut some 20 years earlier but went under utilised for much of the 1970s. Picture: INPHO

Looking back on the 1970s, I would love to hear from the players, boys and men who won minor, U21 and National League medals. Men and boys who won Sigerson and Hogan cups, men and boys who won All-Ireland Club titles. Men who were on the Universities Railway Cup winning team when the Railway Cup meant more than a disused west of Ireland rail track. Gallagher, Kean and Heffernan won Dublin senior club medals coming up against the might and unity of St Vincent’s and other Dublin teams not liking culchie clever boys coming to their town taking their women and silver cups. It was strange that given the raw material the county was unable to max it.
Looking at the same William ‘Billy’ Fitzpatrick” who togged for the 1976 match against Leitrim, he actually debuted around 1965, a decade earlier, and after Carrick-on-Shannon was then put back in cold storage more or less until resurrected first as a selector in 1985 where at 40 he came on and helped shake the mighty Dubs. It’s a shame that almost kamikaze-like selections back in those times, really until Liam O’Neill grabbed it by the scruff of the neck around 1984, that we frittered away careers like confetti. Fermanagh 2003 was another in a long list of Mayo quirky office days.
It is sad to also note that a number of players of those 1970s teams passed away as young men. I salute the contributions of the late Ted Webb, Richie Bell and Ger Feeney who have passed away long before their time. They will never be forgotten.