Fans of Virgin Media Television will be enjoying views of Ballina over breakfast this morning as the channel’s popular Ireland AM programme broadcasts live from the north Mayo capital.

A crew will be filming beside the Jack Charlton mural at the edge of the River Moy on Ridgepool Road between 8 and 10.30am today. 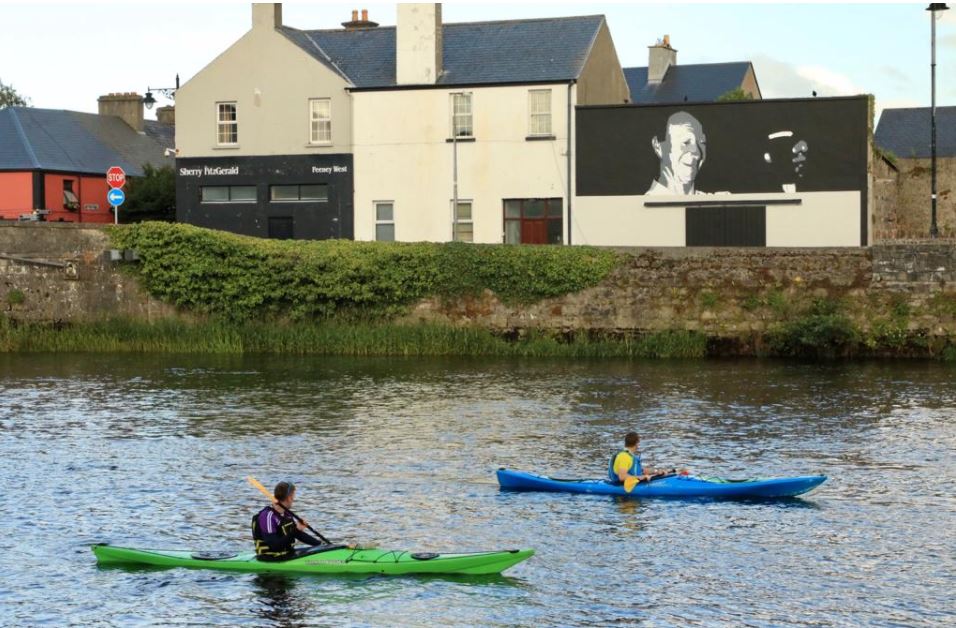 The broadcast is taking place to promote the upcoming documentary on soccer legend Jack Charlton which will air on Virgin Media Television next Sunday night, March 28.

Ballina was like a second home to the late former Republic of Ireland soccer manager who owned a holiday home in the town and spent many happy days fishing on the River Moy.

His connection to the town is marked by a stunning mural that overlooks the River Moy on Ridgepool Road. It was created and launched by local voluntary organisations following Jack’s passing in July of last year.

The “Finding Jack Charlton” documentary airs on Virgin Media One on Sunday, March 28 at 9pm as part of a Donate for Dementia fundraising and awareness week that is being coordinated by the Alzheimer Society of Ireland and Virgin Media Television.

The documentary chronicles some of the most iconic moments in the history of Irish football and includes behind-the-scenes footage with Jack and the Ireland team during the World Cup in 1990 and on the road to their qualification for the 1994 World Cup in the USA as well as contributions from members of the Charlton family including Jack’s wife, Pat and son, John.

Tune in to Ireland AM on Virgin Media One from 8am this morning to find out more.