Westport GAA club is set to repeat its successful raffle for a new house in the West Mayo capital. 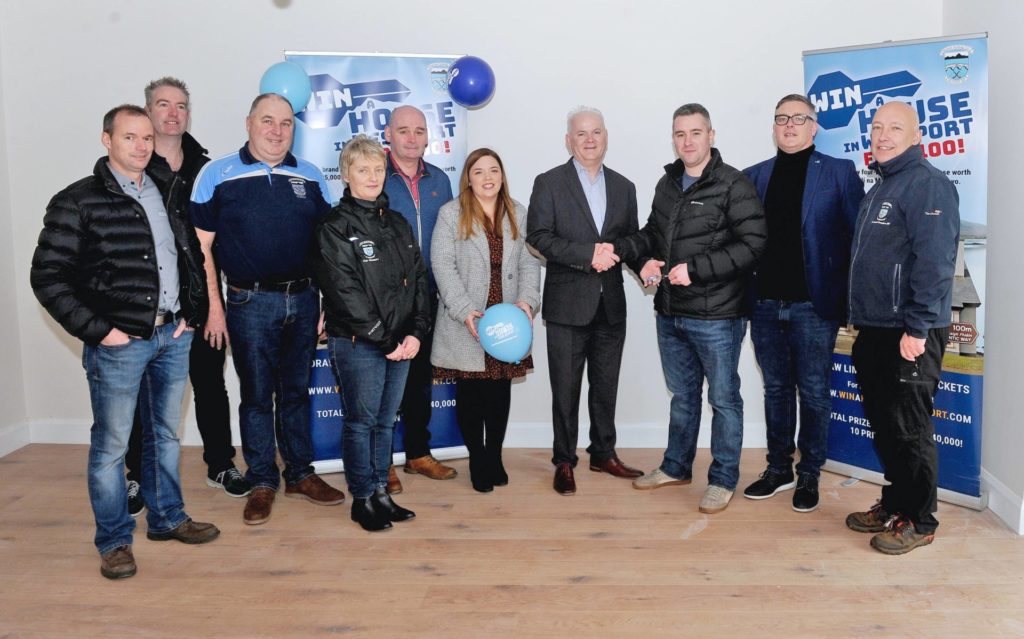 Liam Walsh and partner Marie Duffy pictured last year being presented with the keys to their magnificent new house at Slí na Misean in Westport which they won in the local GAA club’s last ‘Win A New House in Westport’ draw. The club is to hold a repeat of the draw this year. Picture: Conor McKeown

Solicitor Fintan Morahan explained that the club had held a successful draw in 2019 in which a couple won a house in an estate on West Road, Westport. Mr Lambert and fellow club officers hope to repeat the draw this year with the aim of raising funds to build a new GAA pitch.

Mr Morahan said the club aims to sell 10,000 tickets at €100 each, thereby raising a total of €1 million. The club has reached an agreement with the developer of the estate to raffle a second house.

The combined value of the prizes in the draw will be €340,000, which is within the new lottery licencing laws. The amount of revenue derived from the draw is not capped within the legislation.

Mr Morahan noted the club hopes to hold the draw on December 28 next in conjunction with its annual dinner dance.

Granting the application, Judge Fiona Lydon wished the club luck with the draw, noting that the prizes were “spectacular”. 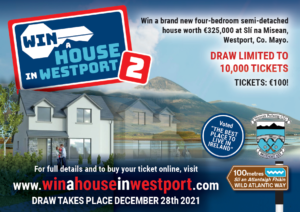