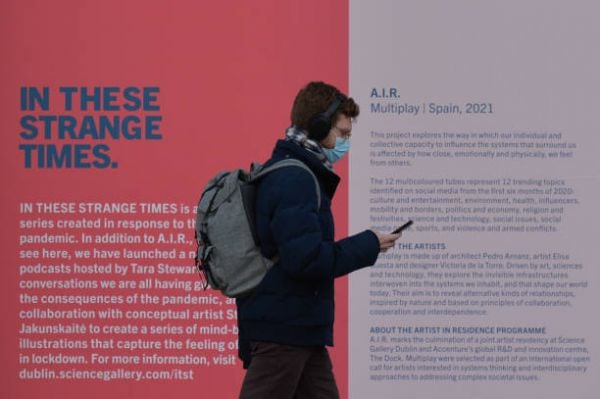 The Government has been urged to forego blanket Level 5 restrictions in favour of local lockdowns in areas with Covid-19 hotspots.

As the April 5th review date for restrictions moves closer, official figures show that Covid-19 is thriving in some counties but has been almost crushed in others.

Co Leitrim, which has the lowest population of any county, had a five-day average of zero new cases of Covid-19 and recorded just 11 cases in the past two weeks. That is the lowest number of new cases in any county.

The changing Covid-19 picture has prompted calls for regional or more localised restrictions.

As the Irish Examiner reports, Independent TD Michael Collins said counties such as Cork and Kerry which have the third and fourth lowest infection rates nationally, should be rewarded for reducing infection levels and that the 5km travel limit should be eased as it is “too severe” for people living in rural areas.

“We have to open the country at some stage and there is an opportunity in early April for the Taoiseach to make a decision to allow counties with low levels of infection to reopen and other counties with high rates to continue with restrictions until the numbers fall in those counties,” he said.

Social Democrats TD Holly Cairns said local and regional approaches should be considered as conditions improve and the vaccine is rolled out.

“We saw how regional approaches were taken over the summer, and the approaches that recognise 5km in Dublin or Cork City is very different to 5km in Beara or on the Mizen,” Ms Cairns said.

“It would be encouraging and useful for people if they had a number that we were all working towards that would see an easing of restrictions in our area. Instead, the Government is just giving people arbitrary dates and leaks of information,” she said.

Dr Aoife McLysaght, a member of the Independent Scientific Advocacy Group, said green zones could provide a pathway out of the pandemic by allowing the phased reopening of communities.

“The best way to protect a green zone is to have other green zones around it, so essentially you will have these green zones that will grow and merge until most of the country moves to a green zone,” she said.