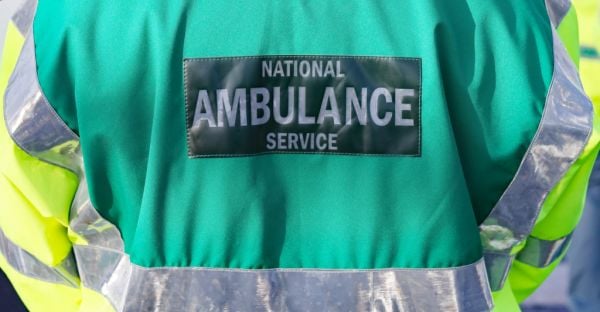 The National Ambulance Service has apologised before the High Court to the family of a deceased young diabetic man over a delay in responding to an emergency call after he became seriously unwell.

An ambulance arrived at the house in Limerick city where Sligo native Darren Gaughan, who had just started a degree course in Limerick IT, was staying with friends 31 minutes after it was called on October 28, 2010.

An autopsy report stated he had died at the house, shortly after paramedics arrived, from acute cardio-respiratory failure secondary to hyperglycaemia and ketoacidosis.

An investigation by the NAS later found serious failings in relation to the ambulance response to the call.

An apology from the NAS over those failings was read in court on Tuesday under a settlement of a civil action brought by Darren’s family against the HSE arising from his death, which occurred the day before his 18th birthday. A €285,000 payment is also part of the settlement, reached last December.

Mr Justice Kevin Cross was asked on Tuesday by Jonathan Kilfeather SC, instructed by Niall Tansey, of Damien Tansey Solicitors LLP, to approve distribution of part of the settlement, the €25,000 solatium, the maximum payment for mental distress to relatives in cases of alleged wrongful death.

Darren’s parents Leo and Kathleen and four siblings were in court and his mother Kathleen held a framed photograph of her son.

The judge said he hoped the apology will give some comfort to the family in the future, if not now, for their loss. He offered sincere sympathy “for the loss of a young man at the start of his adult life in tragic and unnecessary circumstances”.

Darren, from Killure, Aclare, Co Sligo, was diagnosed with diabetes aged 10 but his family said he continued to live a normal and active life. He had commenced a degree in Renewable Energy at Limerick IT in September 2010.

He became unwell on October 27, 2010 while staying with friends in Thomond Village on the University of Limerick campus. When he was still unwell the following day, his friends called Darren’s father in Co Sligo, who advised them to immediately call an ambulance.

An ambulance was called at 1.25pm and the friends indicated Darren was a diabetic and needed urgent medical assistance as he was unresponsive.

The ambulance arrived at 1.52pm and paramedics began to administer treatment. It left the house at 2.09pm and arrived at St John’s Hospital in Limerick where Darren was pronounced dead.

Darren’s father and his brother Noel, because they were worried for Darren’s welfare, were en route to Limerick when they got a phone call telling them Darren had died.

In spring 2014, the family were told, as a result of a complaint by an anonymous person to the HSE about alleged delayed emergency response in relation to Darren’s death, an investigation was being carried out by the NAS.

The investigation report, released to the family in April 2016, found a number of failings and breaches of protocol in relation to the ambulance response to Darren’s emergency. These included, despite the assigned “urgent” or “Charlie” code, the ambulance did not arrive for 31 minutes.

When the crew was initially called they had been in the middle of collecting some forms at Roxboro Road Garda Station in Limerick and, instead or proceedings immediately as per the “Charlie” code, they finished up what they were doing, involving a three-minute delay, the report said.

The 6km distance from Roxboro Road to Thomond Village could reasonably be expected to take 15 minutes, but it took the ambulance 31 minutes, from the time of the call, to arrive at the scene. The investigation was also unable to establish why there was a 10-minute delay before a roundabout en route to the college accommodation.

The report also referred to failures in communication protocols, including the dispatcher having contacted the ambulance crew on their mobile phones instead of the approved ambulance radio system. The dispatcher also terminated the phone caller friend who was next to Darren instead of keeping them online as is required.

The report made recommendations aimed at avoiding any similar incident.

In its apology to the Gaughan family, the NAS, through Chief Ambulance Officer Bill Forbes, offered sincere condolence and apologies for the distress and upset caused by Darren’s death. He acknowledged with regret the NAS delayed in attending to Darren on October 28th 2010.

The subsequent NAS investigation had identified “a number of areas where our service fell below the standards expected” and he apologised unreservedly for the distress this caused to the family, Mr Forbes said.

“The NAS took very seriously its commitment to learning from your family’s experiences and we have undertaken reform of our practices following on from Darren’s tragic death,” he added.

Outside court, Niall Tansey, for the family, said they want the recommendations in the NAS investigation report followed in full.

Darren’s brother Noel said: “We hope no other family will have to suffer the way we have. We love Darren and we miss him very much.”