Ballina boy hoping for his ‘Roy of the Rovers’ year

As Sligo Rovers get set for the start of the new SSE Airtricity League season, club captain David Cawley has been reflecting on the last and on when the club went from relegation candidates to qualifying for Europe all in the middle of a global pandemic. 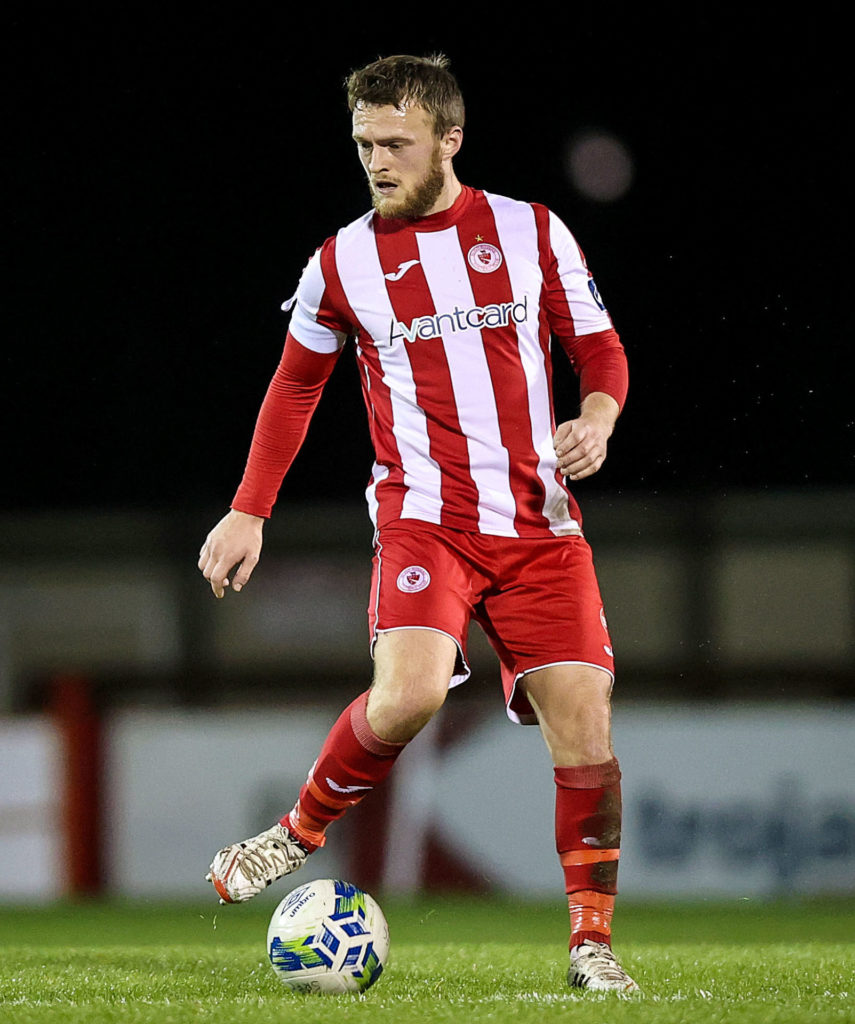 David Cawley has made over 180 appearances for Sligo Rovers during two terms at the club which were broken by spells at St Patrick’s Athletic and Galway United. Picture: INPHO/Tommy Dickson

In his second spell at the Showgrounds and by the longest-serving of the club’s current squad, the man from Ballina is a key cog in the plans of manager Liam Buckley and was central to the side turning around its fortunes in dramatic style in 2020.
“I suppose if you look at where we were before the start of the first lockdown and where we ended up it was a great turnaround,” Cawley admits. “When the first shutdown came we took the time to have a look at ourselves. People around us were writing us off and saying we were gone but we knew we were better than that. We never let our work-rate drop even during the lockdown and knuckled down so that we were ready for the restart.”
The players remained in constant touch throughout lockdown via WhatsApp and received their weekly training plans every Monday from the club’s coaching staff.
“The first thing that we were aiming for when the league restarted was to get points on the board and to pull away from the bottom of the table. Then we started to gel as a side and were getting some massive results,” recalls Cawley. 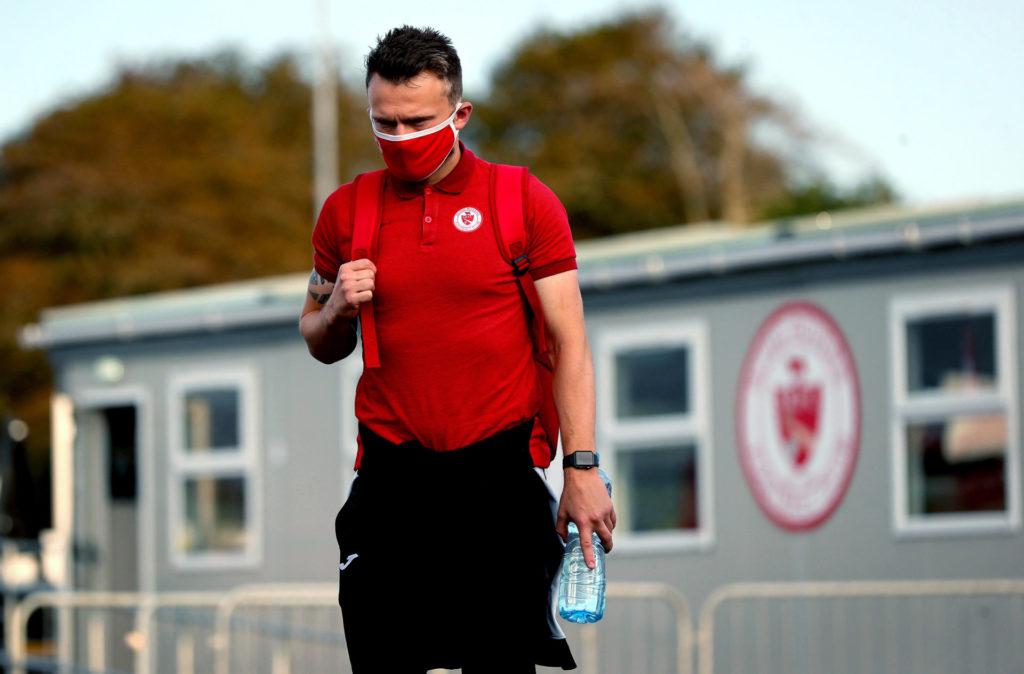 Ballina native Cawley is hoping the Bit o’Red can improve on what ended as a very encouraging 2020 campaign for Liam Buckley’s side. Picture: INPHO/Ryan Byrne

“Every game was tough, whether it was against the likes of Dundalk or a team near the bottom. We dug really deep. We started to come up to our own expectations and started to move a bit further up in the table and ended up finishing fourth. We didn’t overachieve, I think we finished where we deserved to.
“There were a couple of games where we should have won and if we had got something from them we could have nicked third place. We did what we aimed to do, dug deep, got away from the bottom and qualified for Europe.”
Rovers will now make a little bit of history in the summer when they are one of the first sides from the League to take part in the new Europe Conference League. Cawley is among the few in the current squad with experience of European football having played in Champions League and Europa League qualifiers.
“Definitely it is a huge boost to the whole club to be back in Europe, especially financially. The way we are now with no fans, it is something for players and supporters to look forward to. These are the games that you want to play in as a player, to test yourself against high-quality opposition. They are the ones that you look back on. 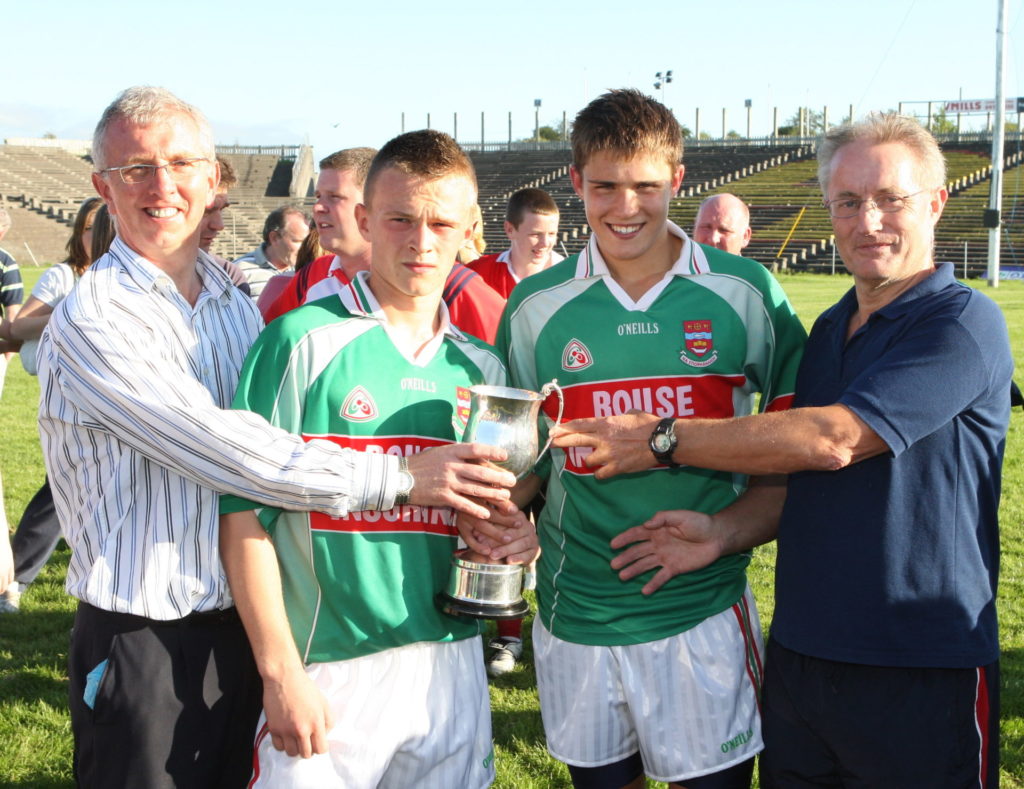 David Cawley and David Heffernan were joint captains of the Ballina Stephenites team that won the 2007 Mayo U16A Football Championship. Cawley is the current captain of Sligo Rovers and Heffernan has gone on to become an Ireland rugby international and only last week signed a contract extension at Connacht. The pair are seen receiving the trophy after their victory against Swinford from Martin Crowe, on behalf of sponsors Bank of Ireland, and Sean MacEil, Mayo GAA Bord na nOg. Picture: Michael Donnelly

“This club had a few years in-a-row of European football and then went a few years without. It’s time enough now for us to be back among the big boys. We deserve to be and again it is something we are looking forward to and that hopefully we can get through a couple of rounds.”
Sligo Rovers begin the new season at home to Dundalk this Saturday and in normal circumstances it would be a near sell-out game. The priorities don’t change though and for Cawley, getting the season off to a decent start is of paramount importance.
“This would be a game that the fans would normally be buzzing about, especially with it being the first of the season and it being at home. We’re lucky as players to have that bit of normality. We had pre-season and can go to training so in a way we are doing our job the same as we would normally. Not everyone can do that so we know that we are blessed. We can’t take it for granted.
“Pre-season training was tough but we had the few friendlies to break up the routine. They’re great to have because you get the minutes under your belt. Now we have Dundalk coming to town and are really looking forward to it.”
This will be Liam Buckley’s third season in charge, with the club progressing in each of his previous two seasons, be that their finishing league positions, returning to Europe or reaching back to back FAI Cup semi-finals. David Cawley wants to see further progress this year.
“That’s what we want, we’ve progressed under Liam and want to go further. There is always pressure when you play for a club like Sligo Rovers and the new players coming in will see and feel that. There is nothing wrong with that pressure as it is something that you have to thrive on and as a squad pull in the one direction.
“We have to get off to a better start and aim to finish higher in the table and then aim to go another step further in the cup. We’ve got to the FAI Cup semi-final twice and there was a League Cup semi-final as well and now we want to go to finals. I’ll be honest and tell you I want to win it all and while it doesn’t always work out like that, at a minimum I want for us as a team to progress further in the league and cups.”
It has been a strong off-season for the Bit o’Red with the majority of last year’s squad signed back and some exciting new players brought in, including the return of talismanic striker Romeo Parkes.
“Once our season finishes it is the manager’s busiest period and this year he was on the ball straight away. The new lads have come in and are settling in. We are all getting to know each other. We have made some good signings and it is great to have Romeo back. Now it is about us all staying fit and out of the injury room. We’re lucky in that we will have a strong squad that if someone does go out injured then there will be another player ready to come in. You need that depth in a squad so that every player has to fight for their place.”
While there remains a strong contingent of Mayo players at the club, the first team has been shorn both Ronan Murray and Jesse Devers for the coming campaign, and young goalkeeper Luke McNicholas has been sent out on loan to Finn Harps. That has meant a return to the club for former net-minder Richard Brush, something 29-year-old Cawley is especially pleased about.
“Thank God [he] has come back because I was feeling old among all these young players!
“It’s great to have Brushie back, he’s a good friend of mine. He’s still only 35 and is well able to play if called upon. He’s great to have around the squad and will be great for the younger lads. He is always bubbly and having a laugh and is a good lad.” 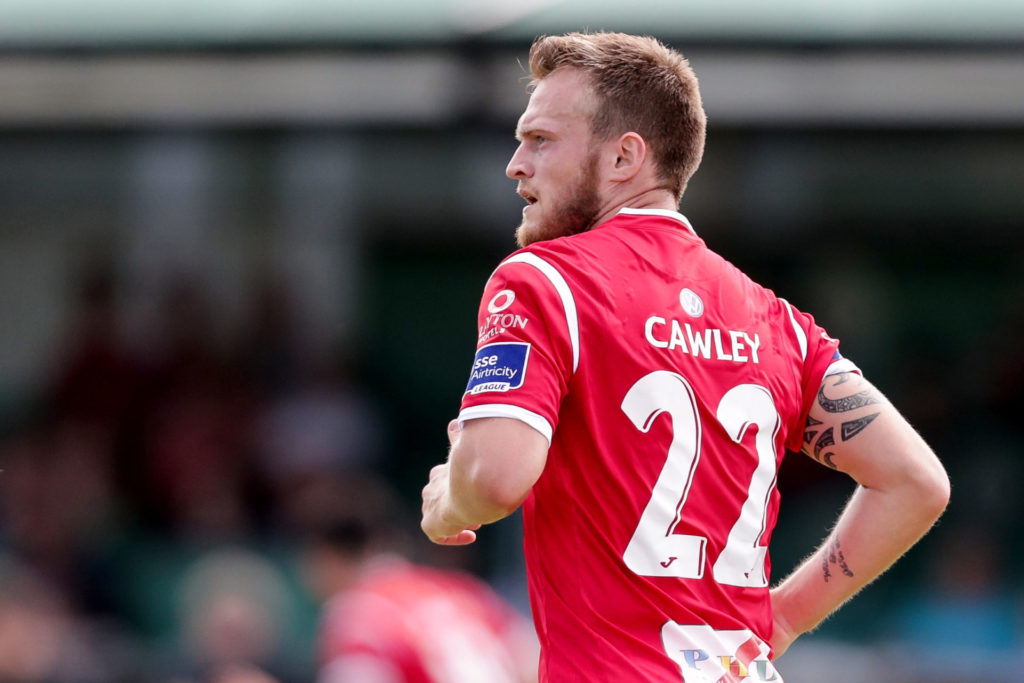 David Cawley is one of several Mayo men on the books of the Showgrounds outfit. Picture: INPHO/Laszlo Geczo

Younger Mayo players such as Darren Collins and Cillian Heaney continue to progress their Rovers careers but David Cawley doesn’t disguise his disappointment at seeing Murray depart for Drogheda United and for Devers to take a step away from the professional game.
“Look, it is something I have seen many a time in football with different lads. It’s not easy to see, especially when you are as close as I am to the two lads.” Cawley and Ronan Murray both joined Ipswich Town on schoolboy terms at the same time in 2007.
“If Ronan can stay injury-free he is an unbelievable player. Picking up injuries is something that is out of his control and hopefully he can do well. He and his girlfriend have moved up that side of the country and are starting to settle in well. I hope that he won’t come back to haunt us as former players do!
“Jesse has launched his own business with his hairstyling brand ‘Flye Hair’. He’s giving it his all to get it off to a good start. I’m helping him out as best I can by promoting and sharing the products on social media. I hope it won’t be too long until he is back on the pitch, he’s only 24 and I thought he had a decent year last season in what his first full season of full-time football in a long time.
“It’s hard to try and juggle both but he still has a lot of offer in terms of football.”